Today's post, some pictures of 28mm British Light Infantry for Muskets & Tomahawks. These are part of a commission I finished a while back. Figures are from AW Miniatures. The mix of facing colours is because the lights were drawn from a number of parent units to operate in a light infantry role. 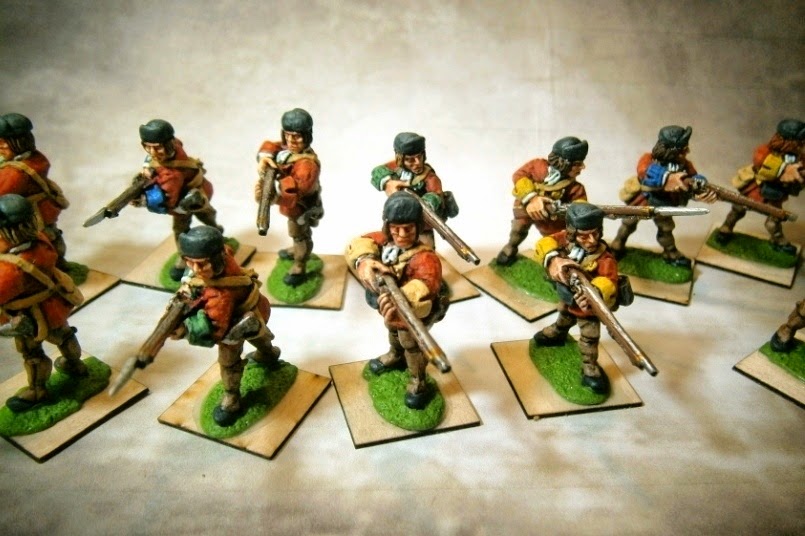 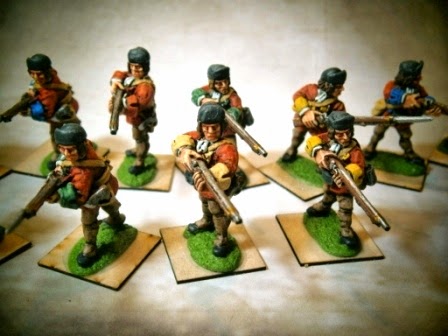 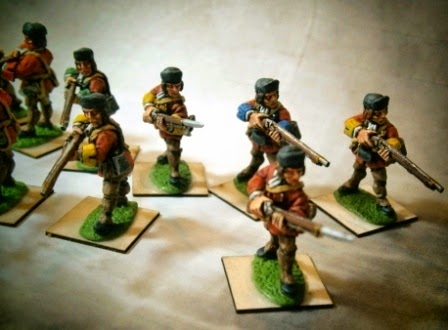 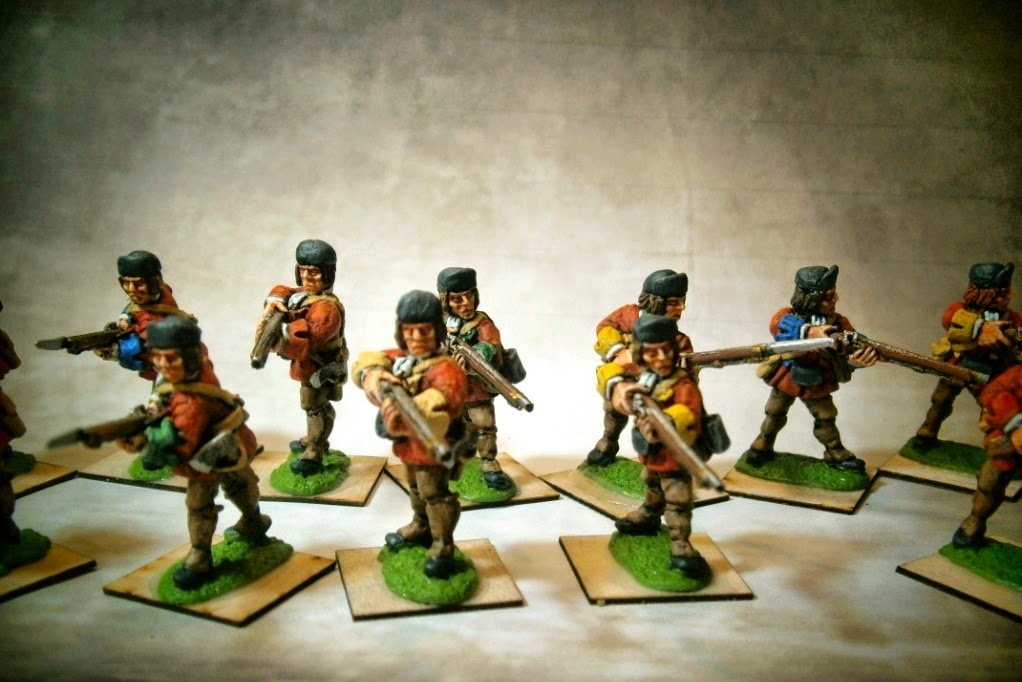 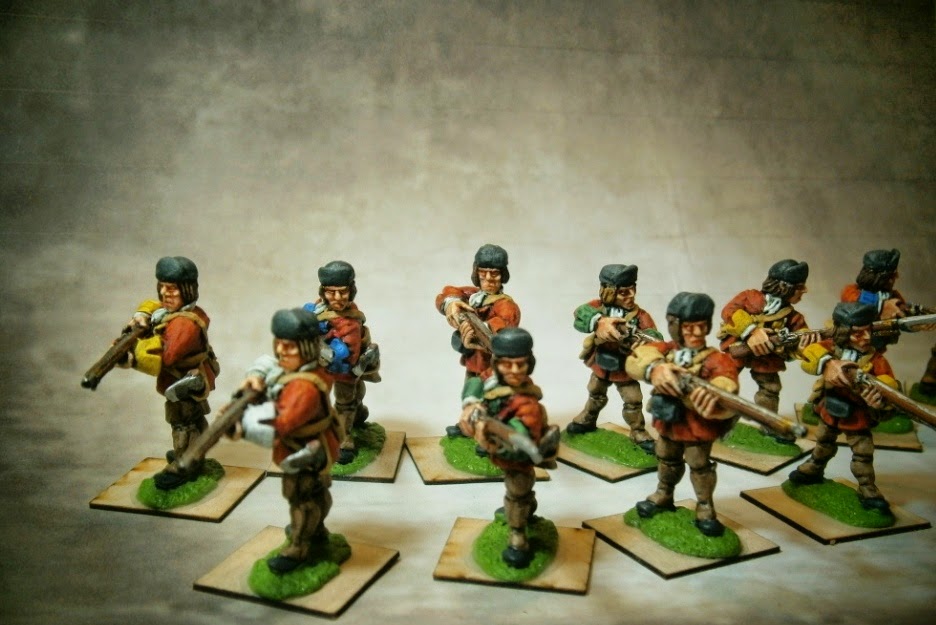 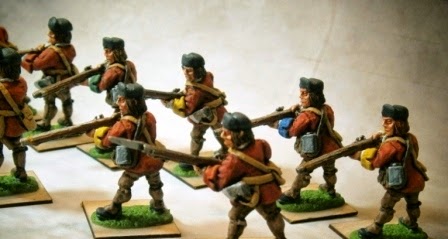 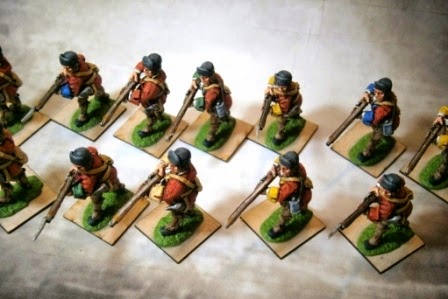 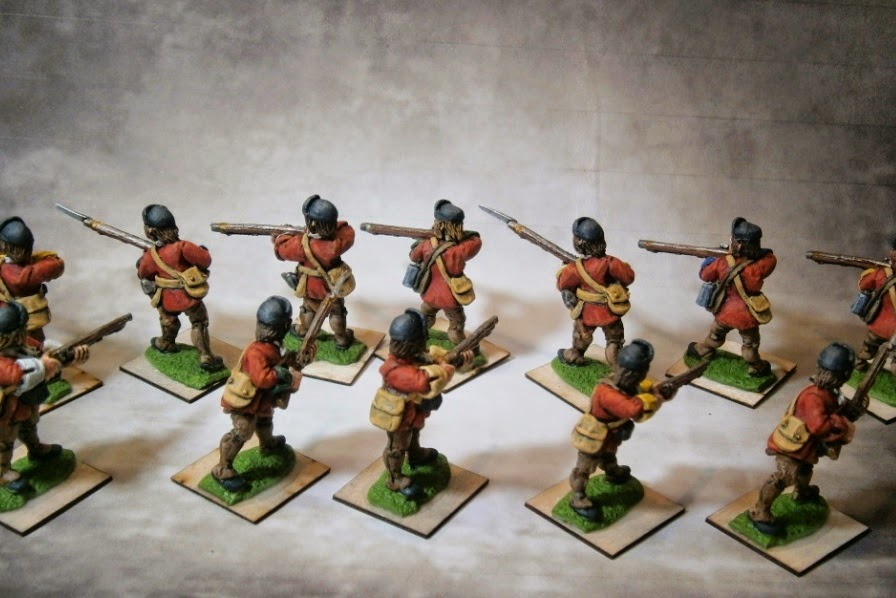 G'day, today some pictures of "Big Wullie" a figure from Warlord Games, given away with copies of their "Black Powder" rules. I painted this fellow up for a customer of mine. The miniature is 28mm metal. 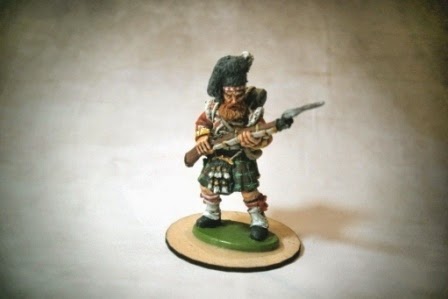 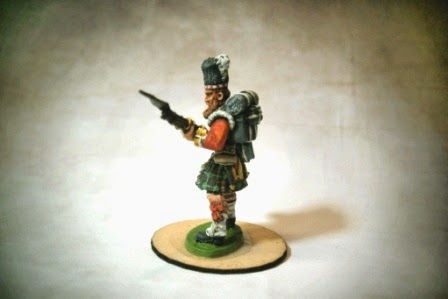 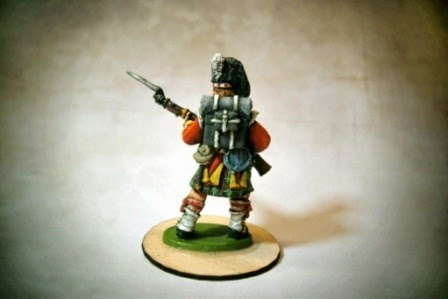 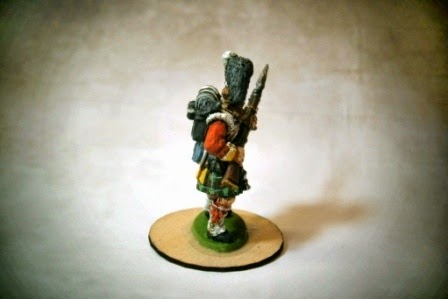 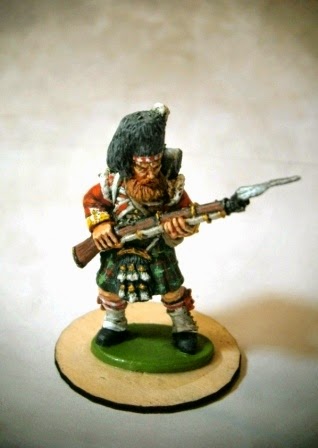 In my last post I mentioned having trouble with getting decent pictures with my camera, lighting etc., & had to ditch a few photos I'd taken because they were so scungy. Well, I've had a second attempt at photographing the same miniatures but this time under my painting desk lamps on a neutral sort of background, I even messed about with some settings on the camera. Does anyone know what is the best ISO for miniatures photography? I'm pretty ignorant with camera speak, I may have to do some searching on the net to see what tips I can unearth. Anyway these photos are something of an improvement, still had to tweak stuff with software though. Let me know if you have any tips/advice.


First up is a funny character in 28mm - a cockney bloke caught on the loo during a German Air Raid and giving them an earful - those Jerry Blighters! He was painted as part of commission work. He is sitting on a lump of blue tack to prop him up.

The first four pictures were salvaged, with much tweaking, from my original photo shoot. They were taken on the dining table, on a white sheet of paper with a photo print sky background. 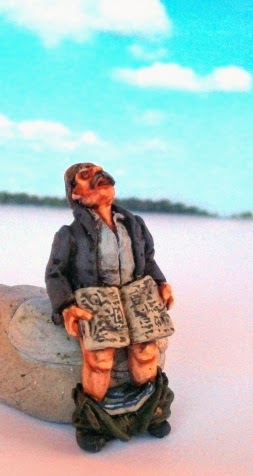 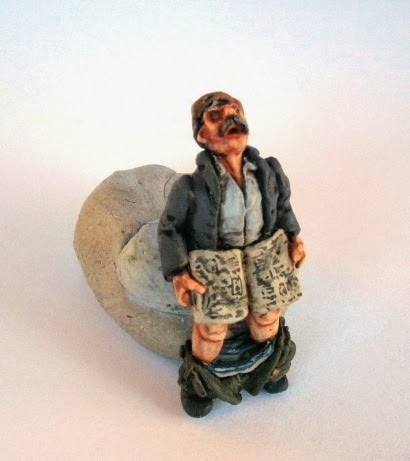 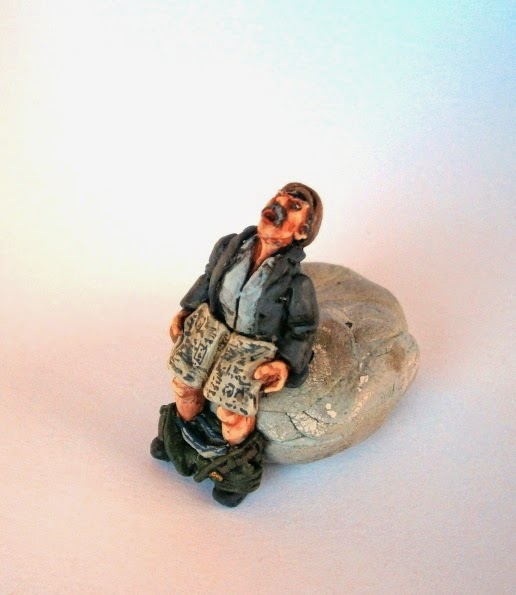 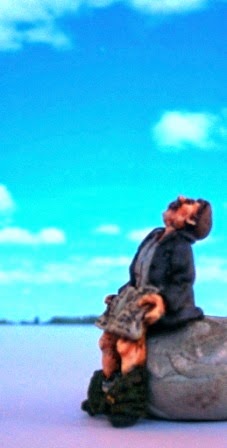 The next photos of the same figure are from my second attempt some days later. I'm not sure that they are much better, just different. There were a number of photos I took of other miniatures which were better overall I think, I'll save them for another post. 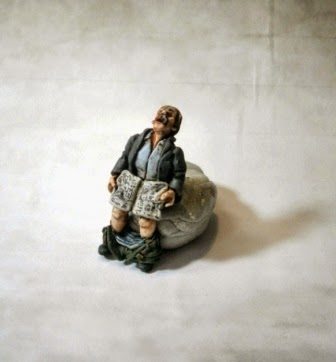 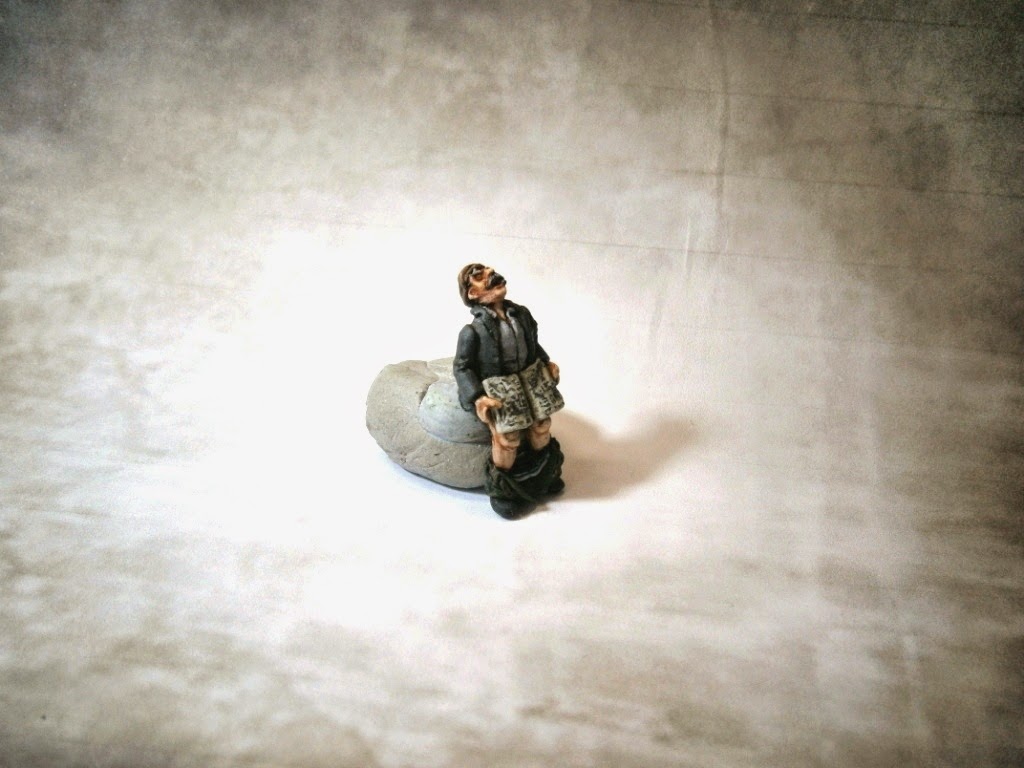 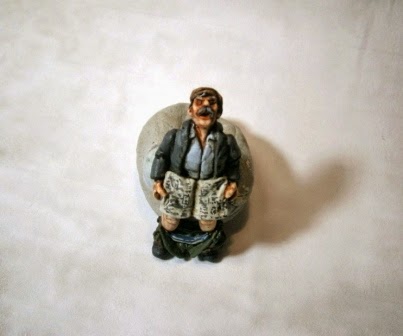 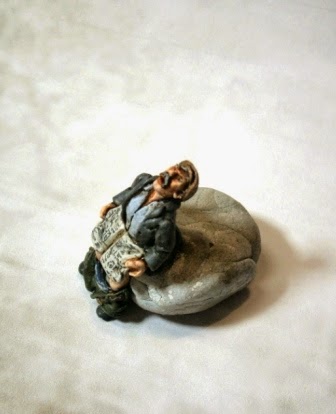