I managed to pick up a Hama & Gamling from the GW Lord of the Rings range of miniatures via eBay. They were relatively inexpensive as they are among the more common sculpts, some of the rarer figures really are rather expensive. I thought these figures would be ideal to convert for my Anglo-Saxon collection.

It was easy enough to bend the left arms and give them shields , (I picked up a pack of spare shields from Gripping Beast a while back) - they even received suitably equine decals from Little Big Men Studios.
I left the armour on the arms, painting it as leather, it would have been too much hassle to file it away & re-sculpt. I did however shorten the length of the hauberk & simplified the legs & boots - a combination of cutting, filing & green-stuff. 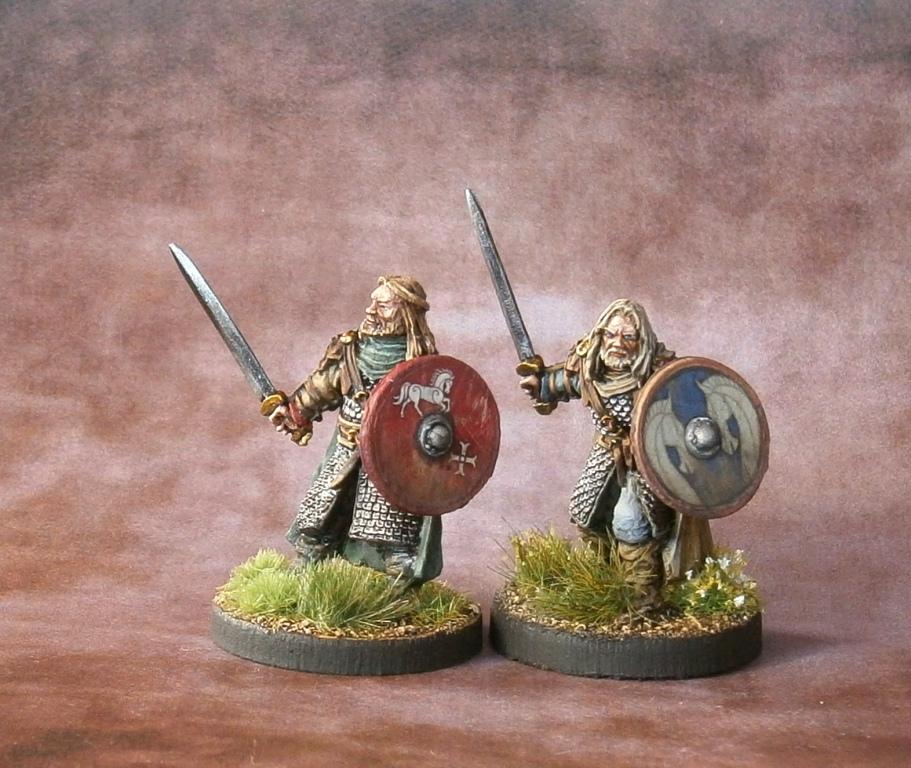 As in my previous conversion of a Rohan Royal Guard, I shortened the length of the cloaks. The long cloaks were fine if riding horses only, but not practical for fighting on foot. 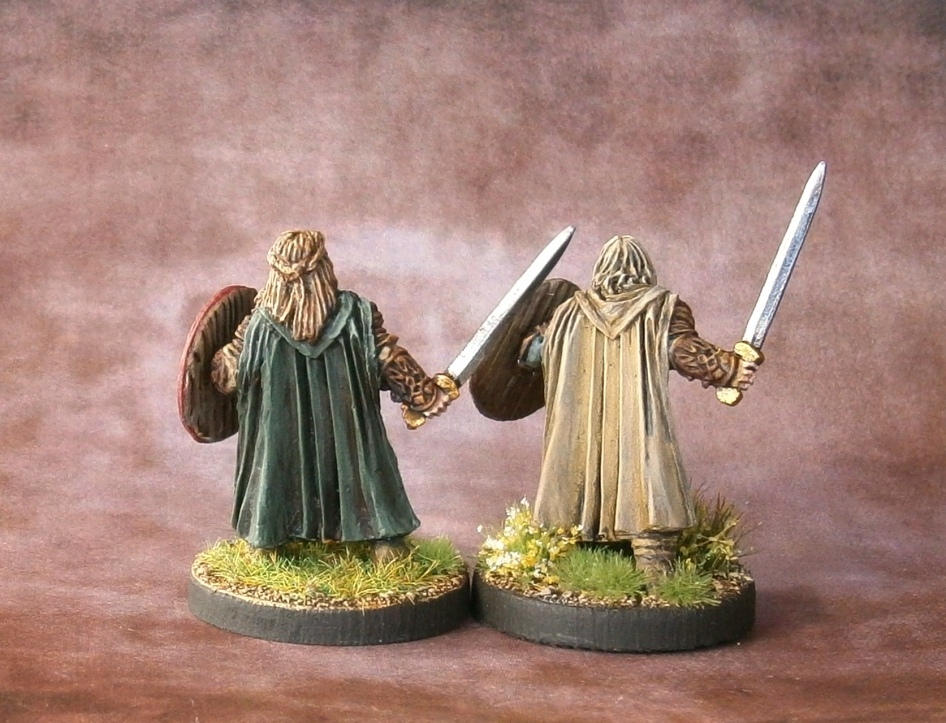 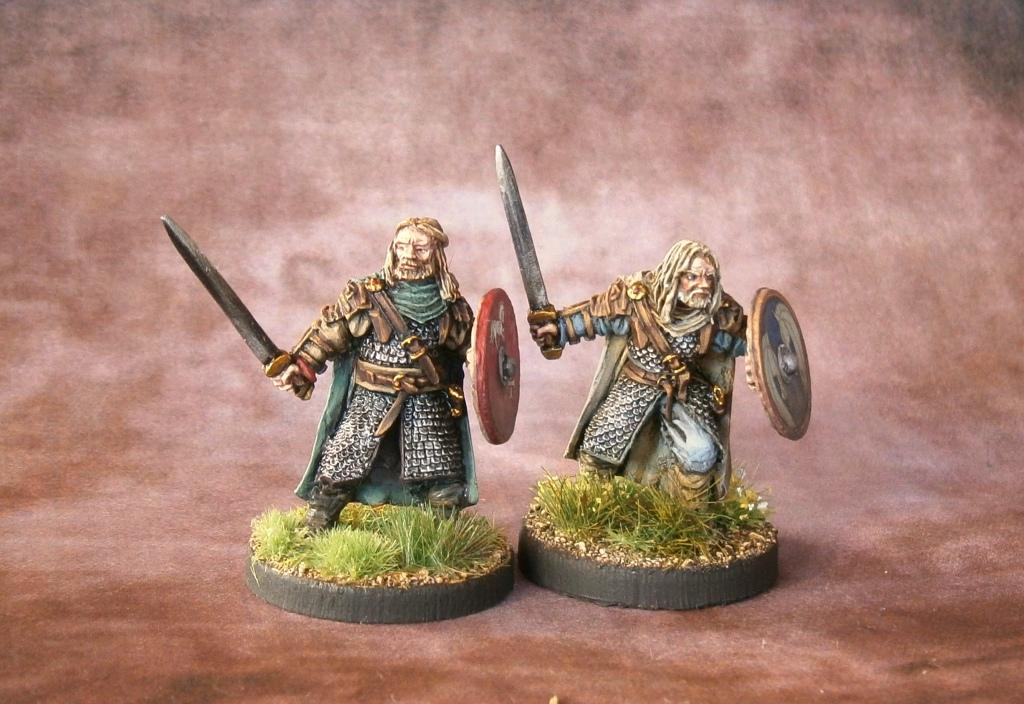 The original slotta bases were discarded in favour of 3mm mdf, the feet were drilled and pinned into the base. 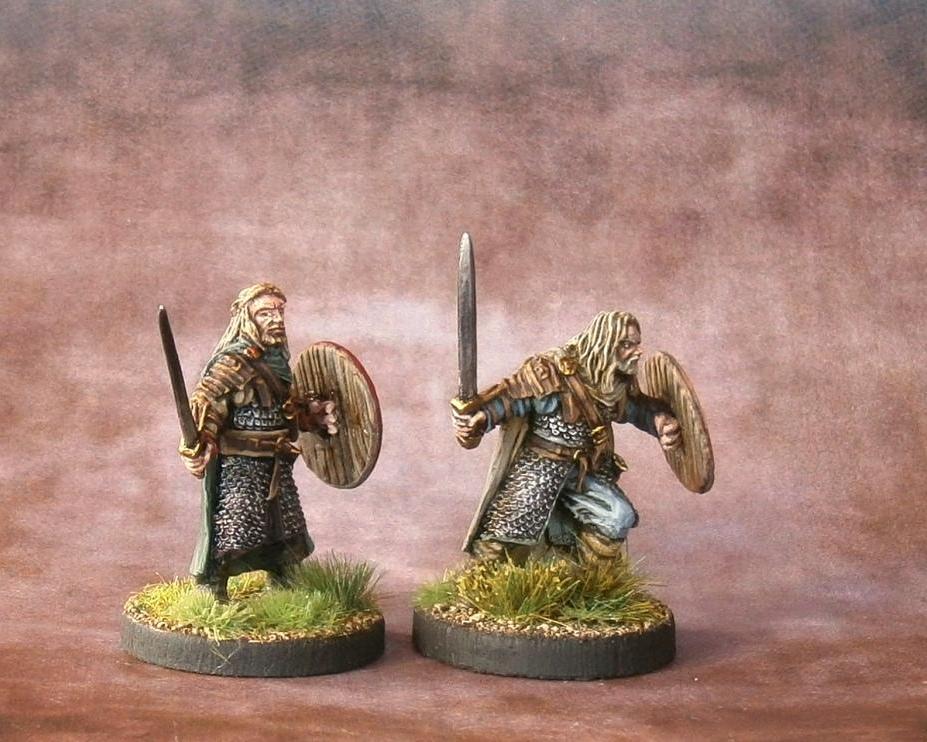 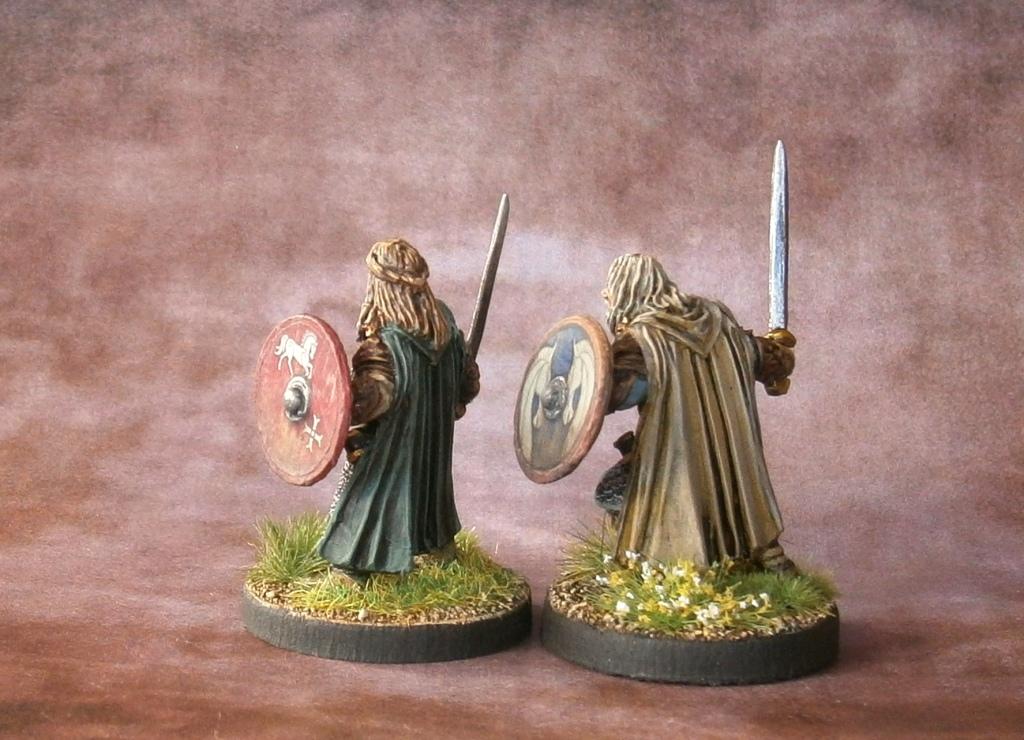 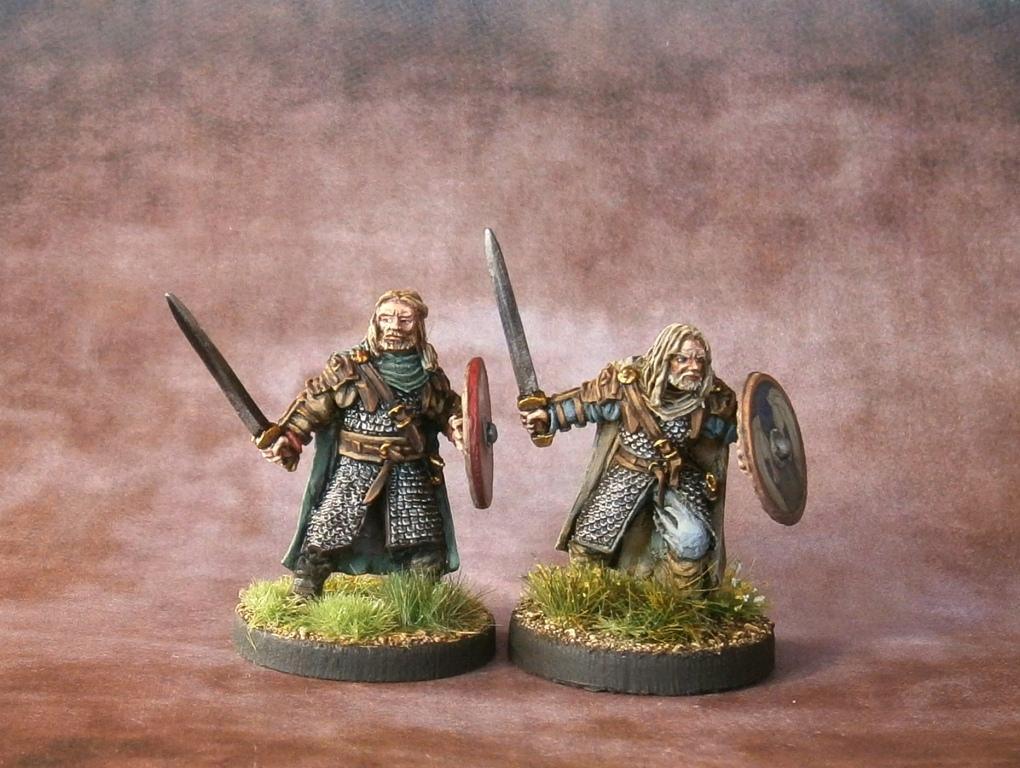 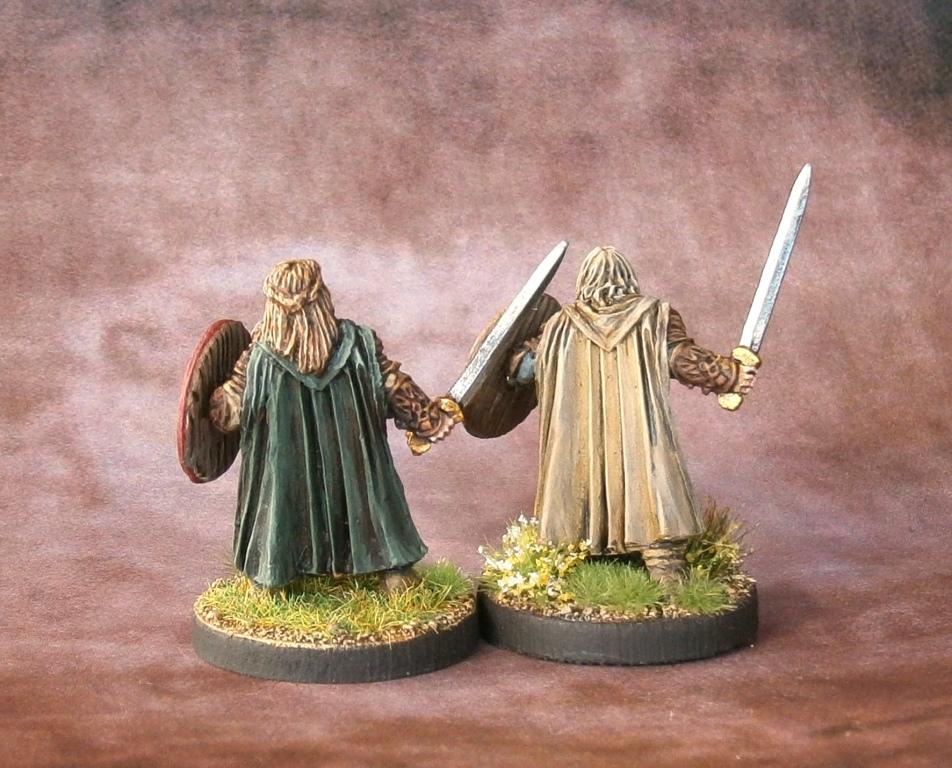 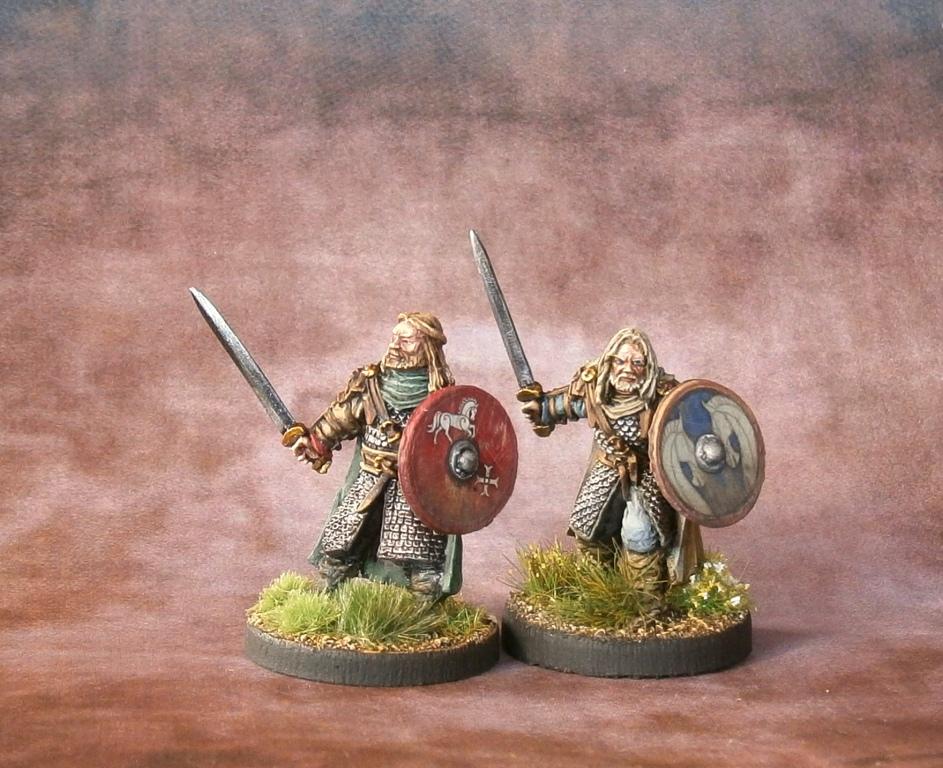 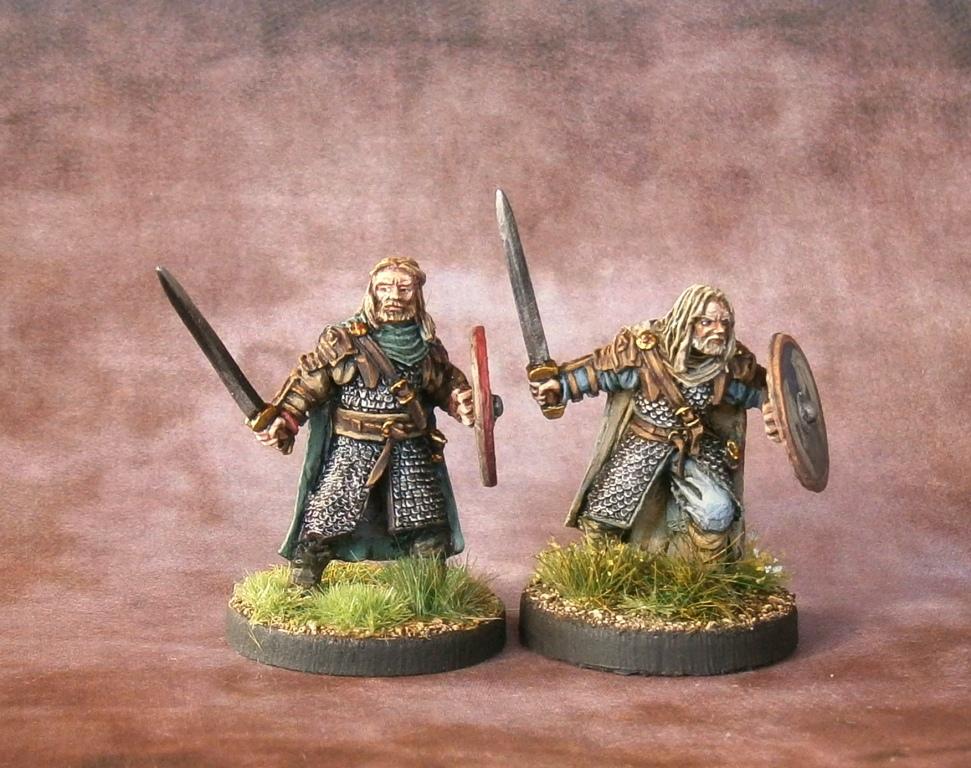 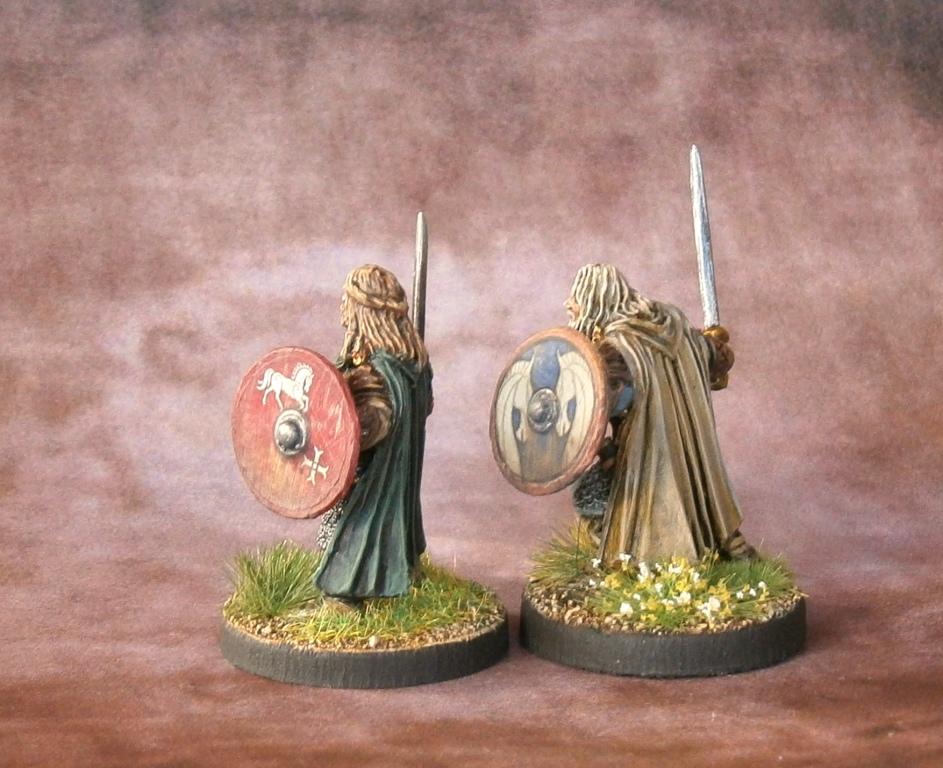 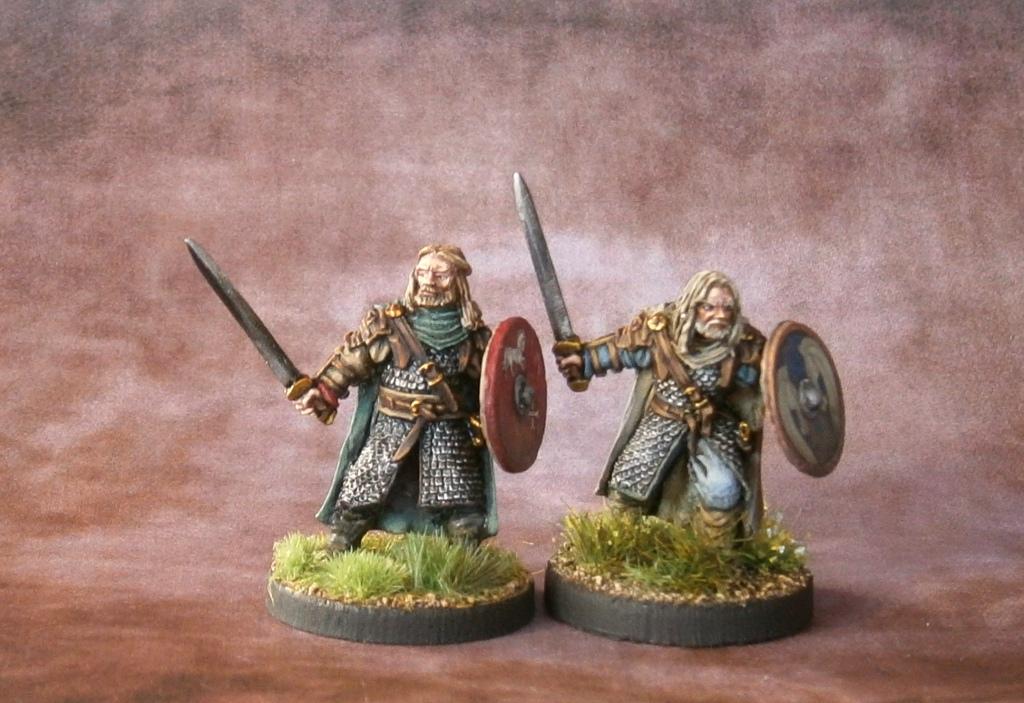 I would like to get hold of some more of the Rohan metal figures, and the Dunlendings - but only if I can find them at the right price :-)

A while back I received a couple of free miniatures with the "Painting War Dark Ages Special" book, one of which was a miniature that appeared to represent Thor. I thought that miniature was too much into the "realms of fantasy" for my Dark Ages collection, so I set about converting it.

In the first picture (below), you can see another person's painted version of the original figure inset to the left. To the right is my completed conversion. 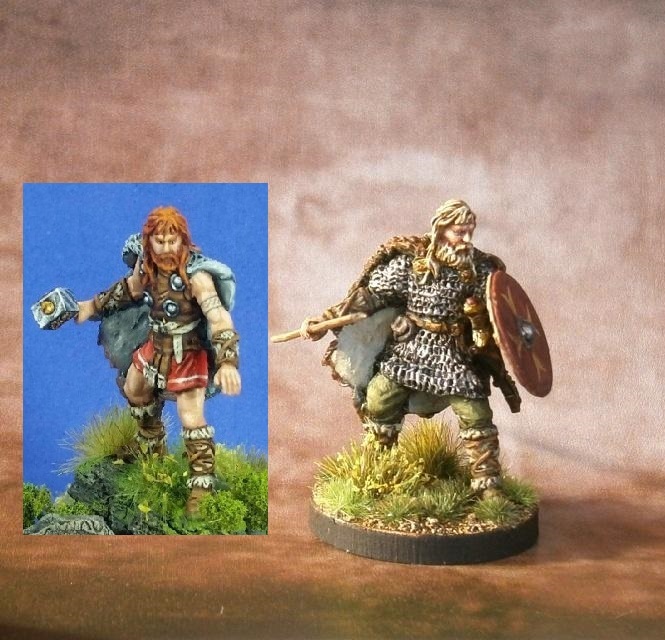 So, here's what did I to the original: 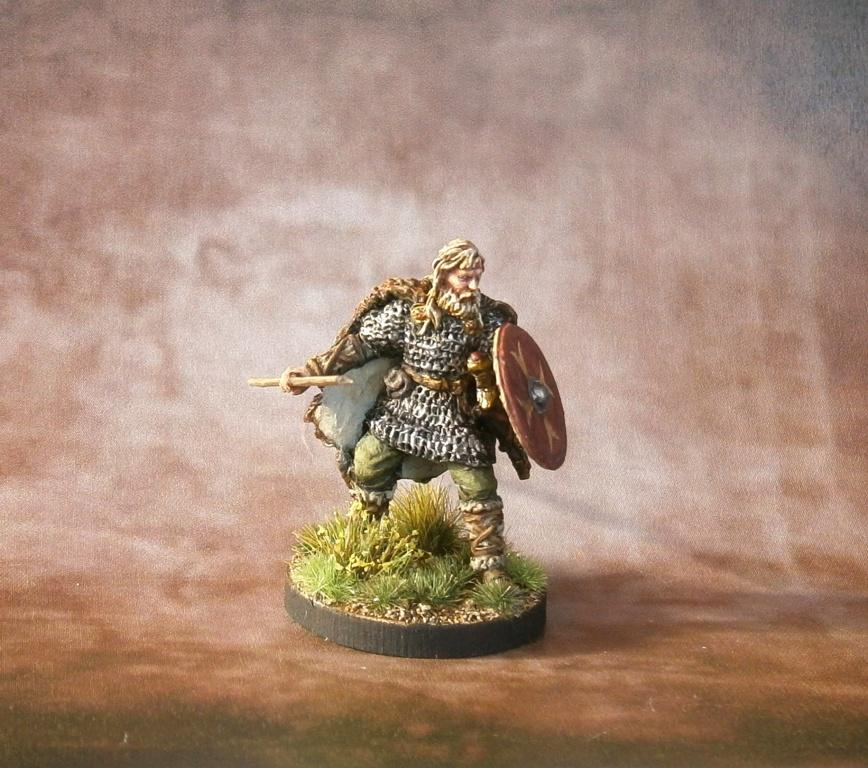 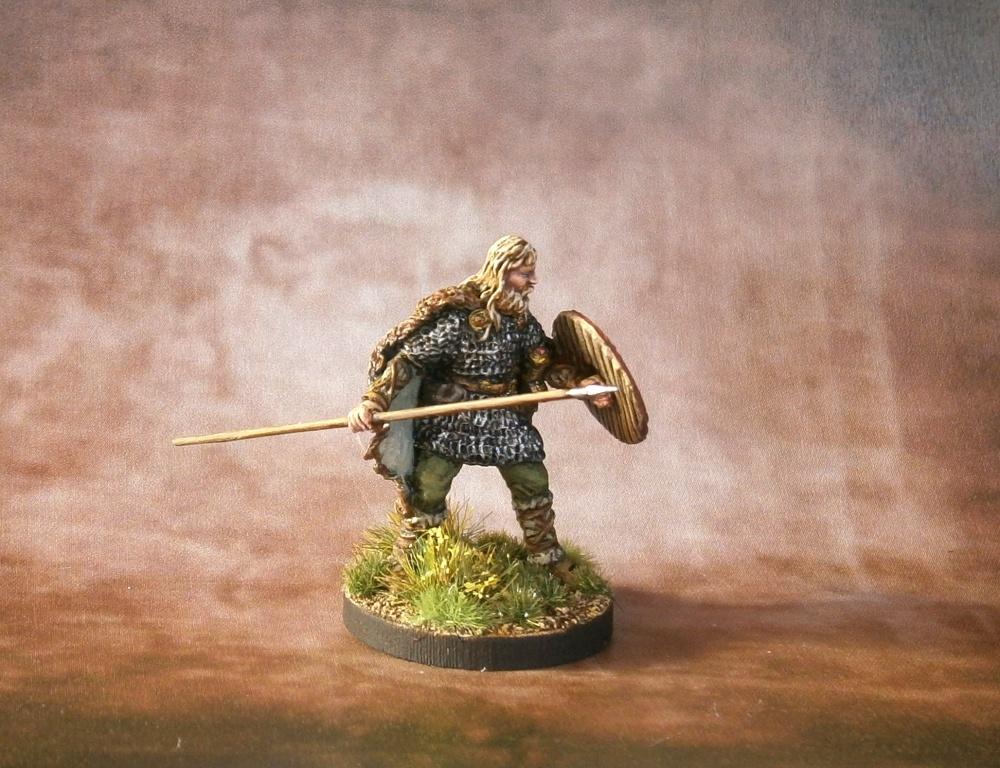 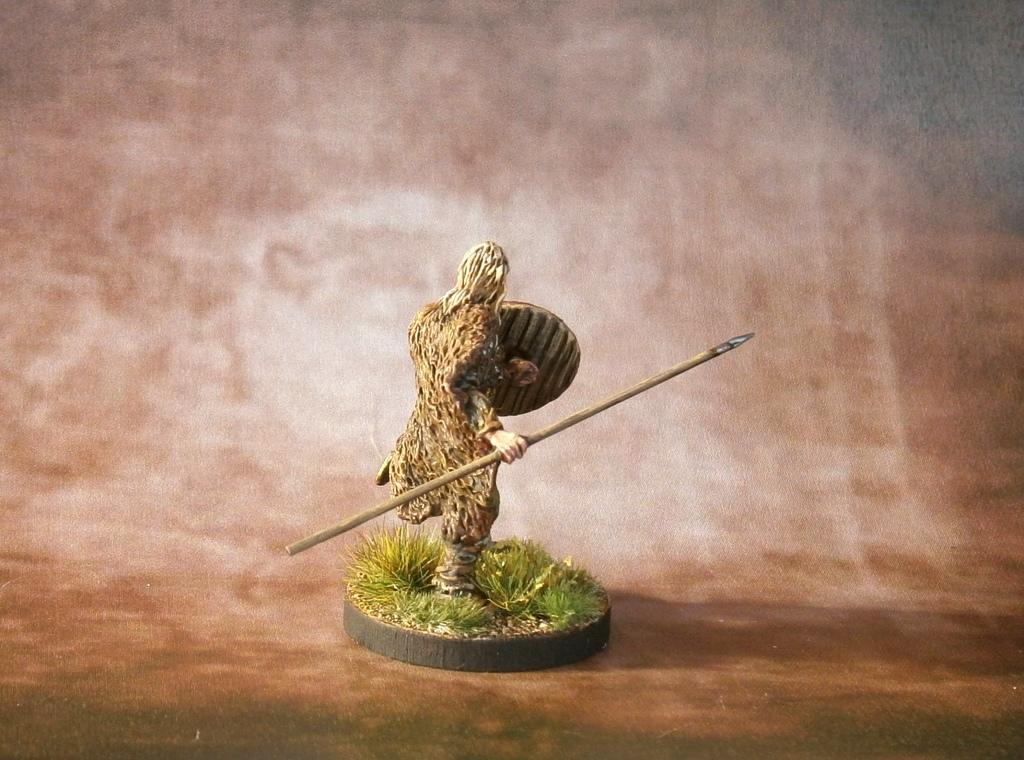 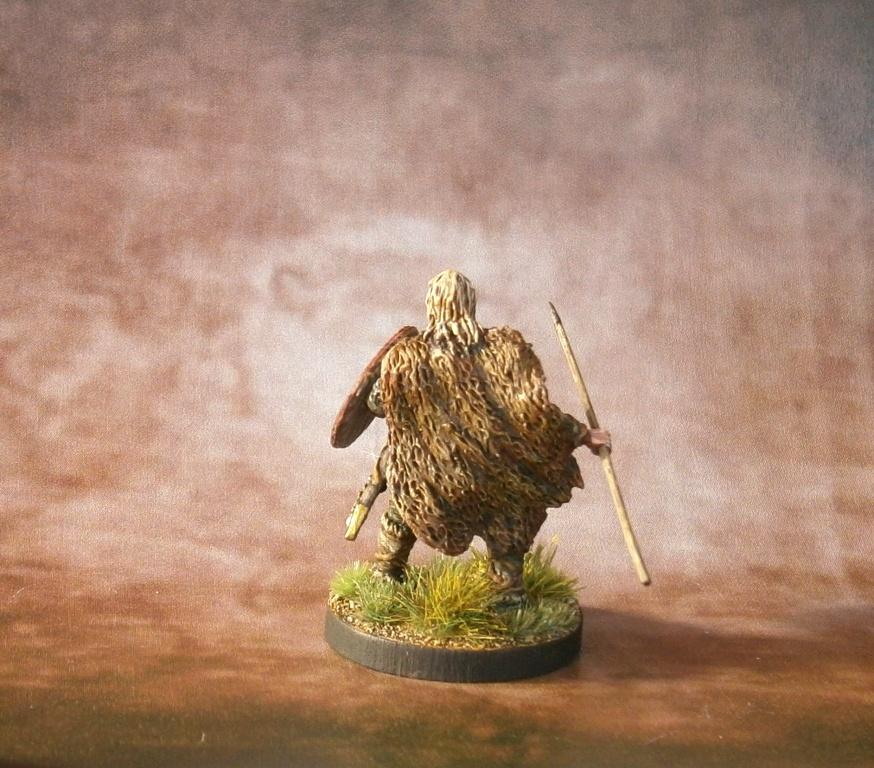 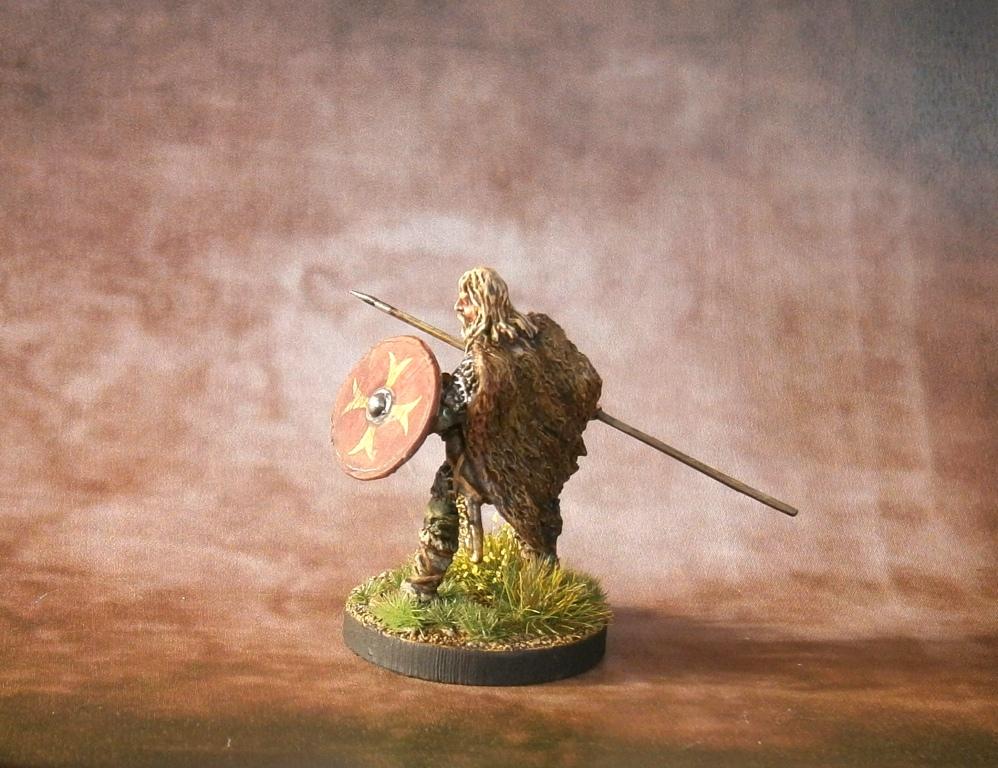 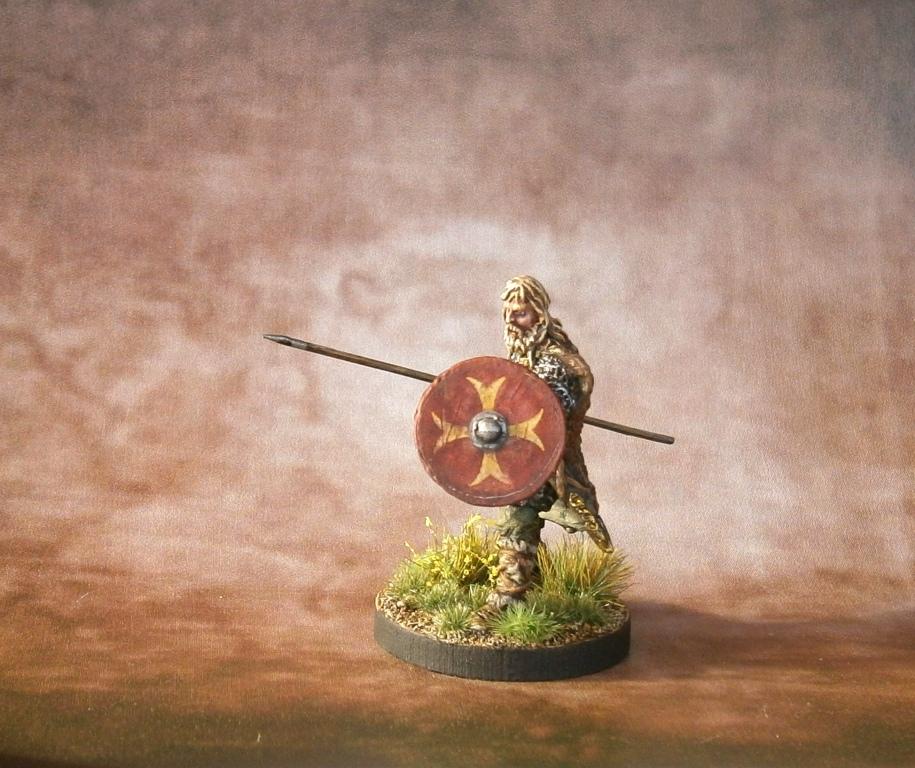 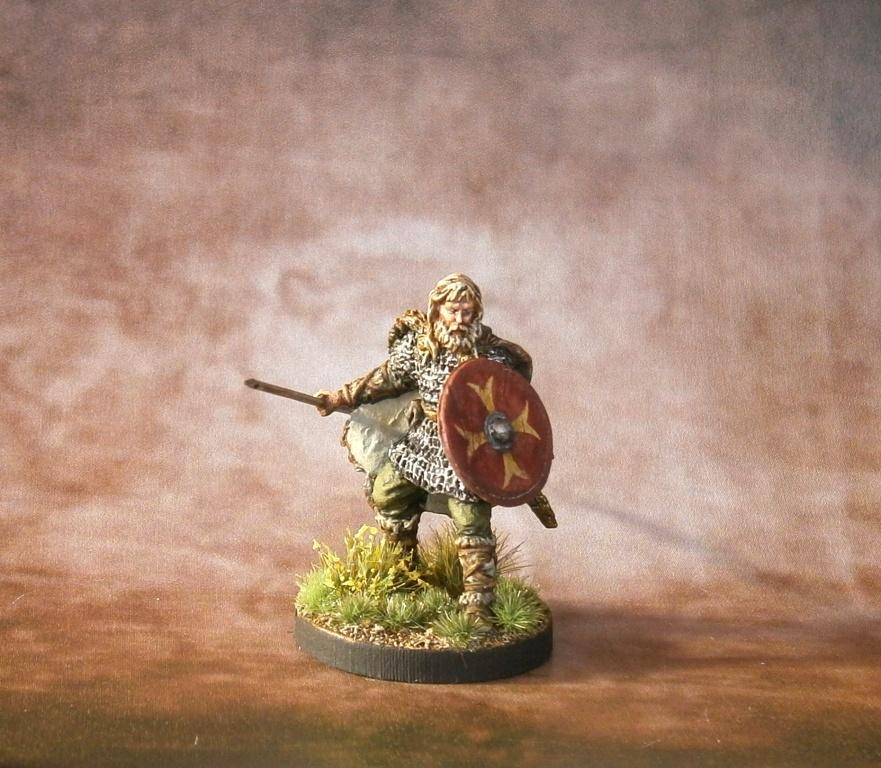 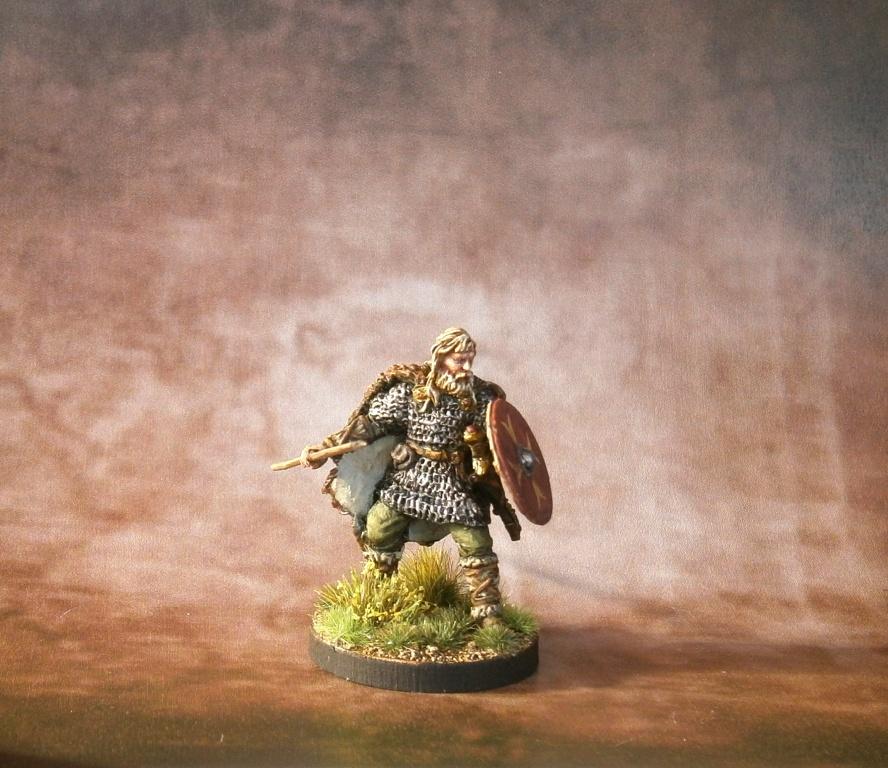 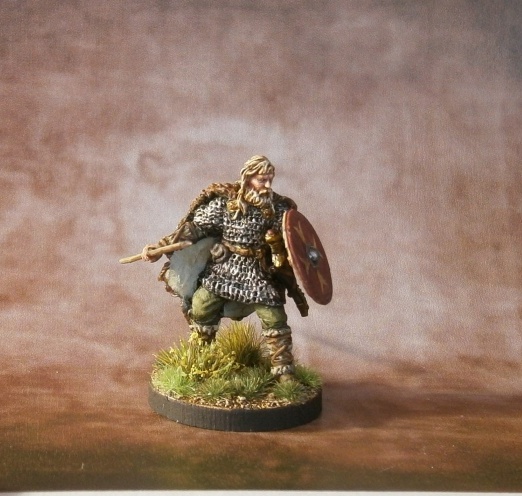 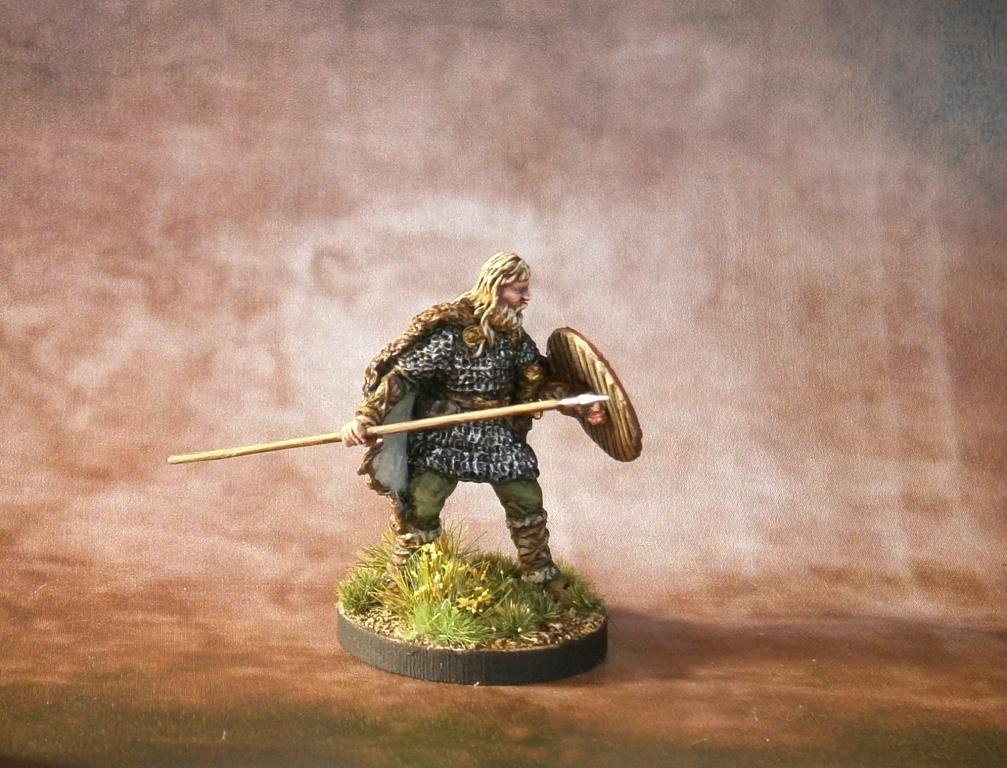 I hope you found the post interesting. I must say, I quite enjoyed this conversion lark, hopefully I will be doing a bit more and getting some sculpting practice.