WIP - British Officers and some Rangers....

Three Work in Progress shots to share. A combination of four Wartime Miniatures WW2 British Officer types in 20mm, and some Rangers in 28mm (no, not the Point du Hoc variety, but I suppose I could call them "Dog Company" or something gritty like that - ah, perhaps accompanied by a  wolfhound in 28mm could look the part? hmmmnnnn..... ;)

Anyone want anything painted for money? I'm out of a job at the moment...
Leave a comment if interested or email me at : jacksarge777 at gmail dot com

G'day all,
as hinted at in previous posts, I have some WW2 stuff to post up. The figures have been loitering on the painting table for some time in various stages of completion, but are now finished, photographed, and in the draw.
First up some tasty AB Germans. I find AB stuff great to paint, although there was some slight mould slippage evident on these figures - could some fresh moulds be made please AB? These figures were purchased from Milicast. 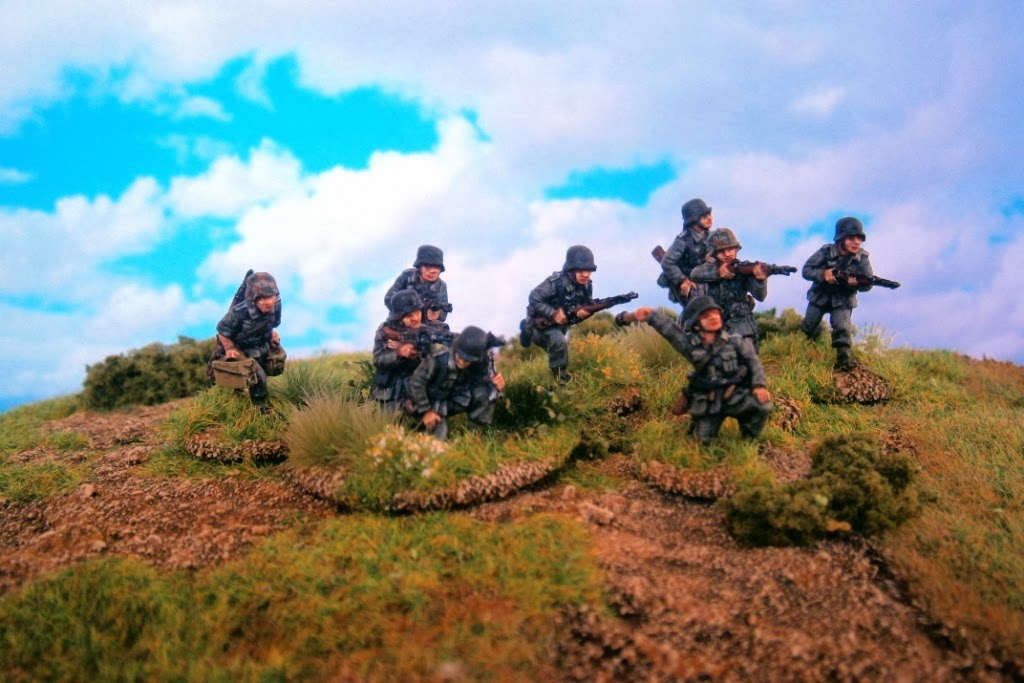 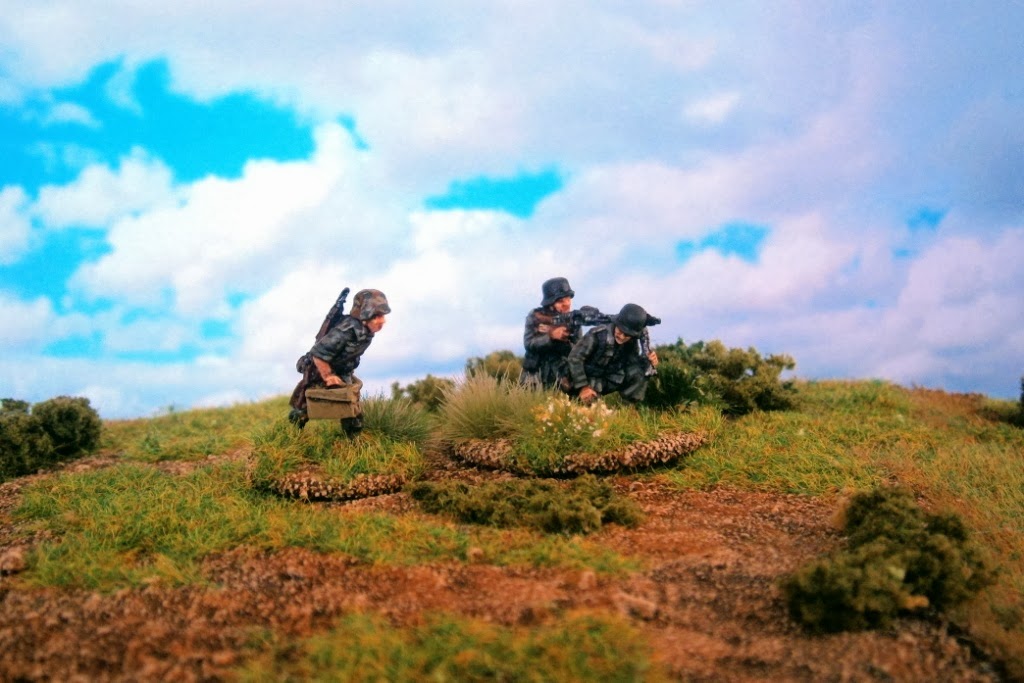 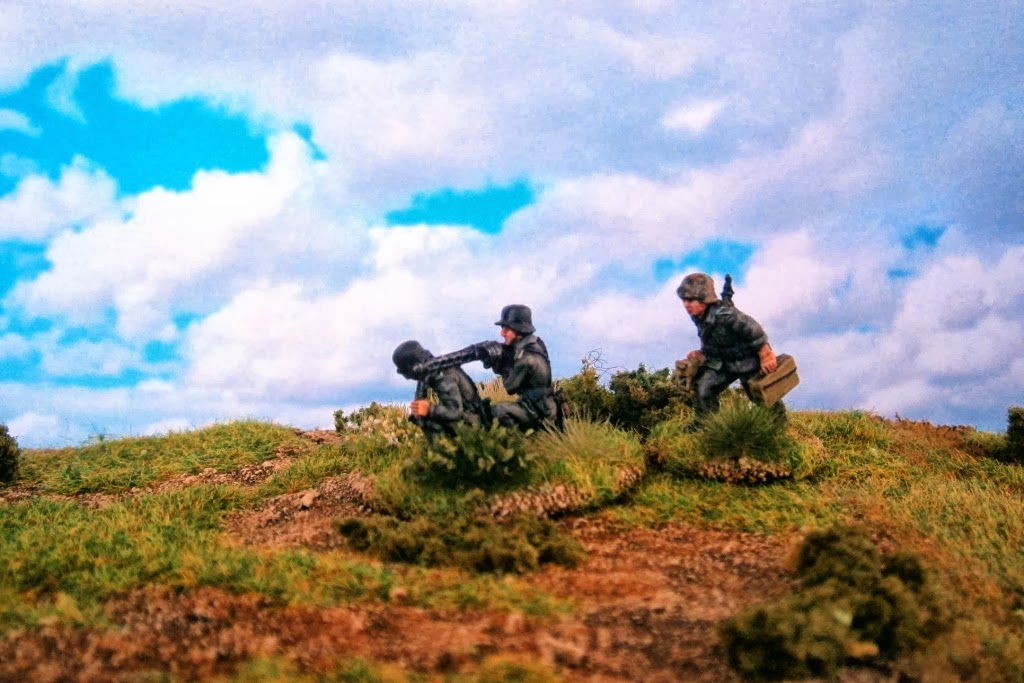 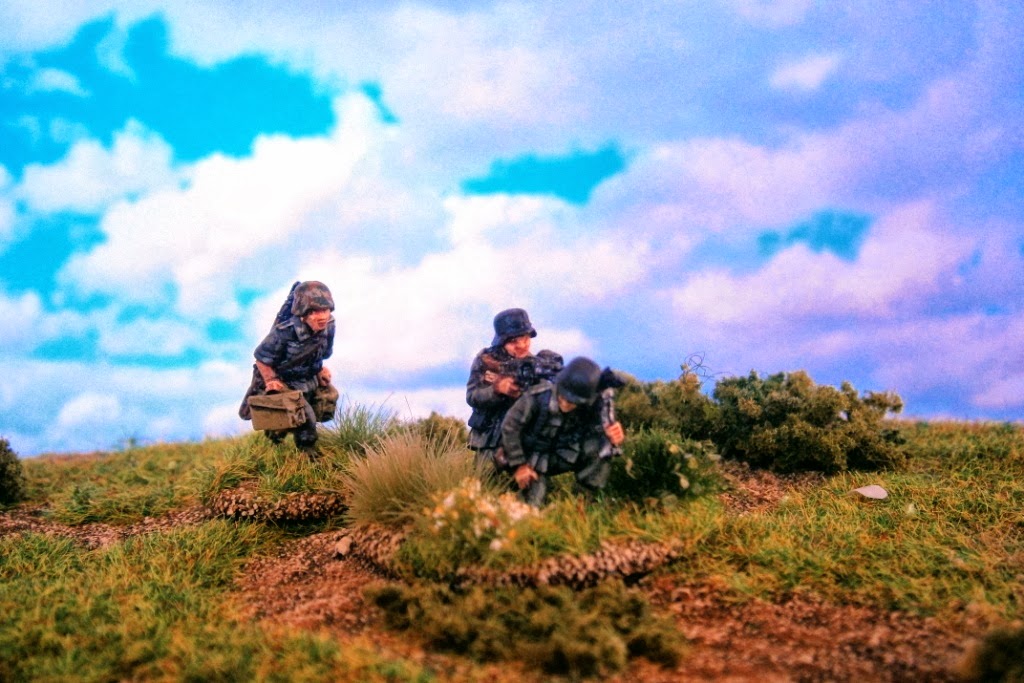 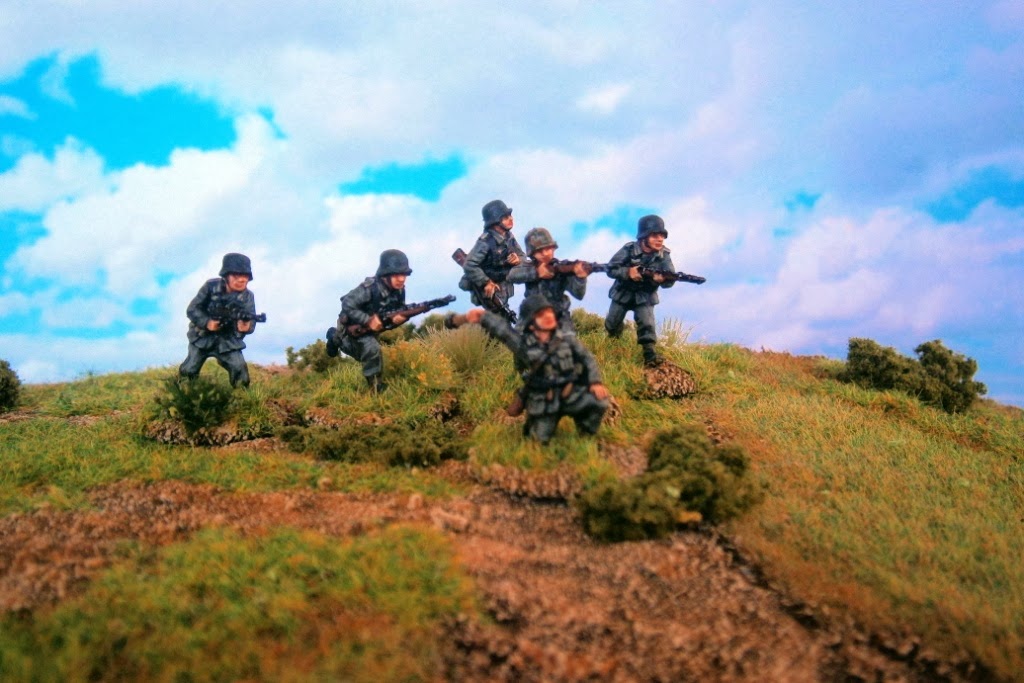 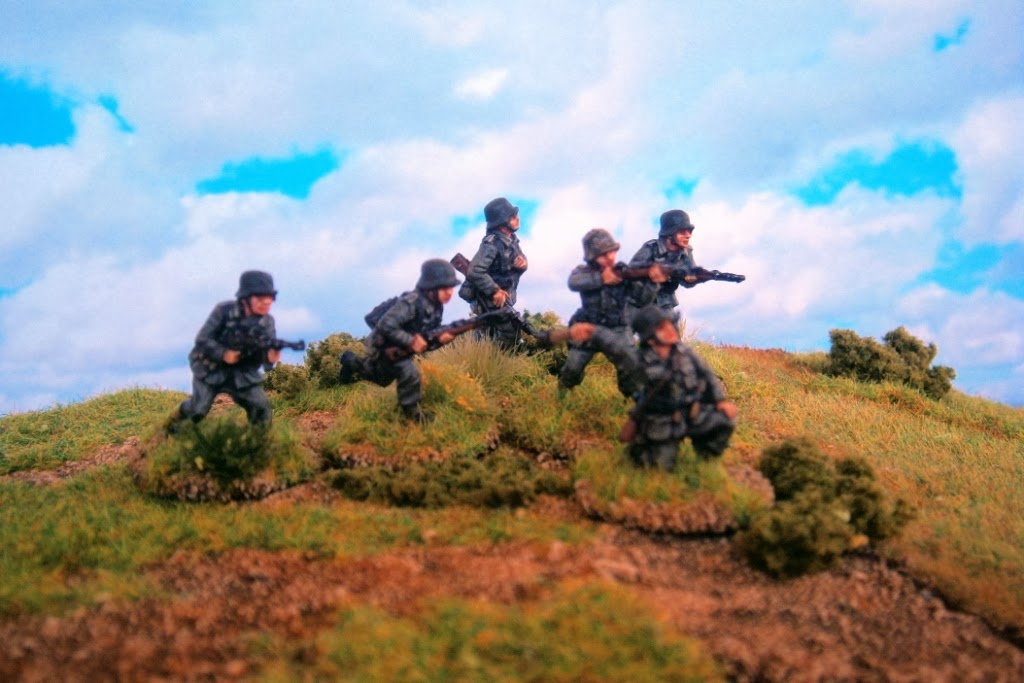 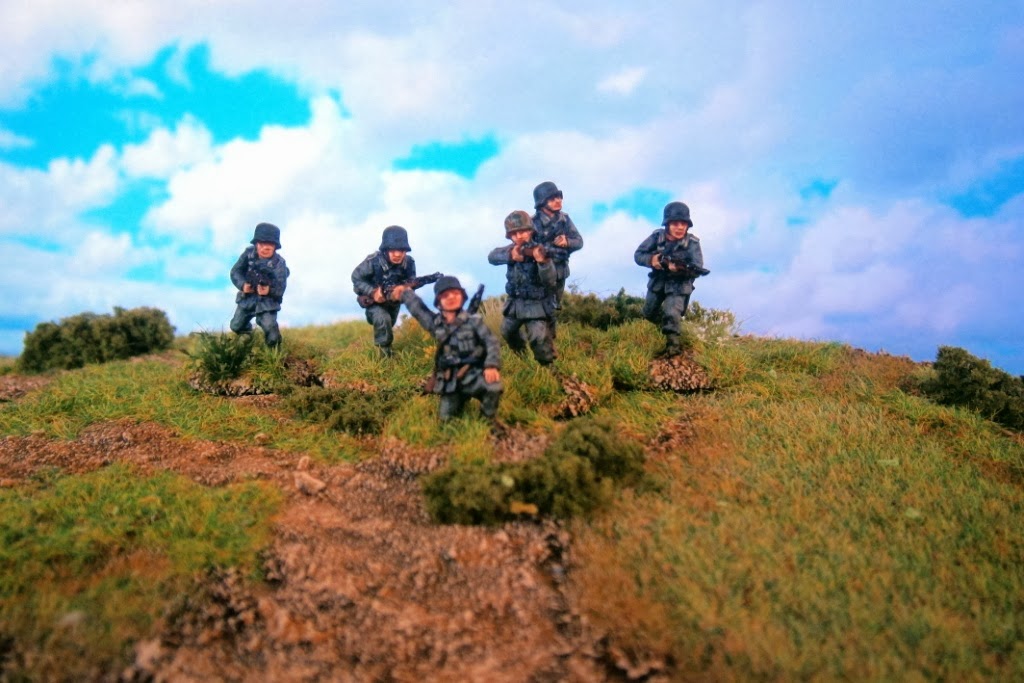 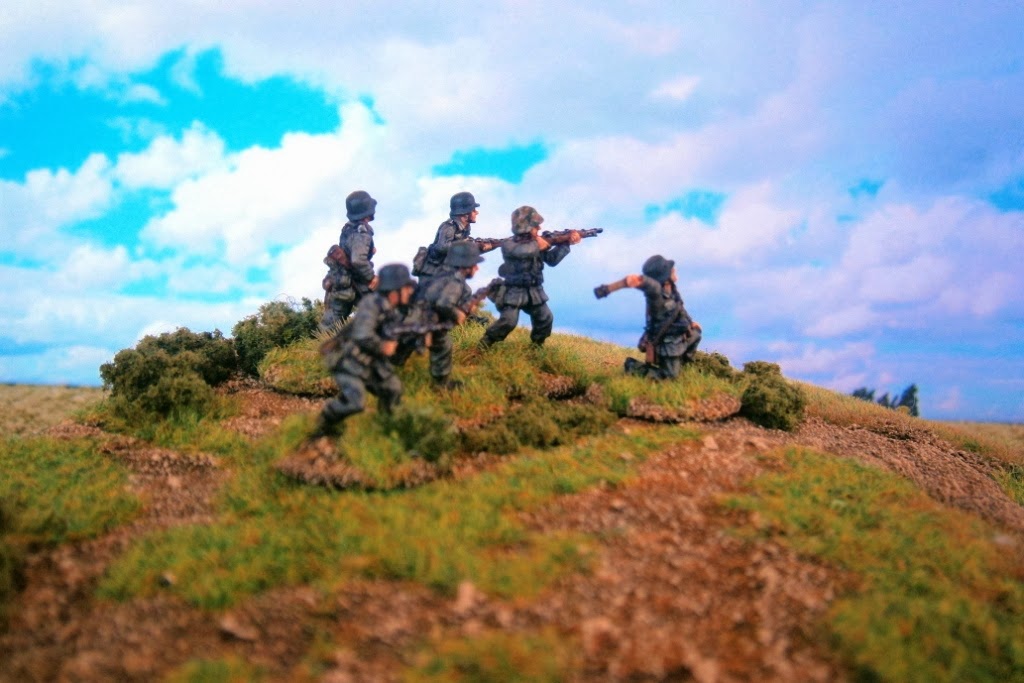 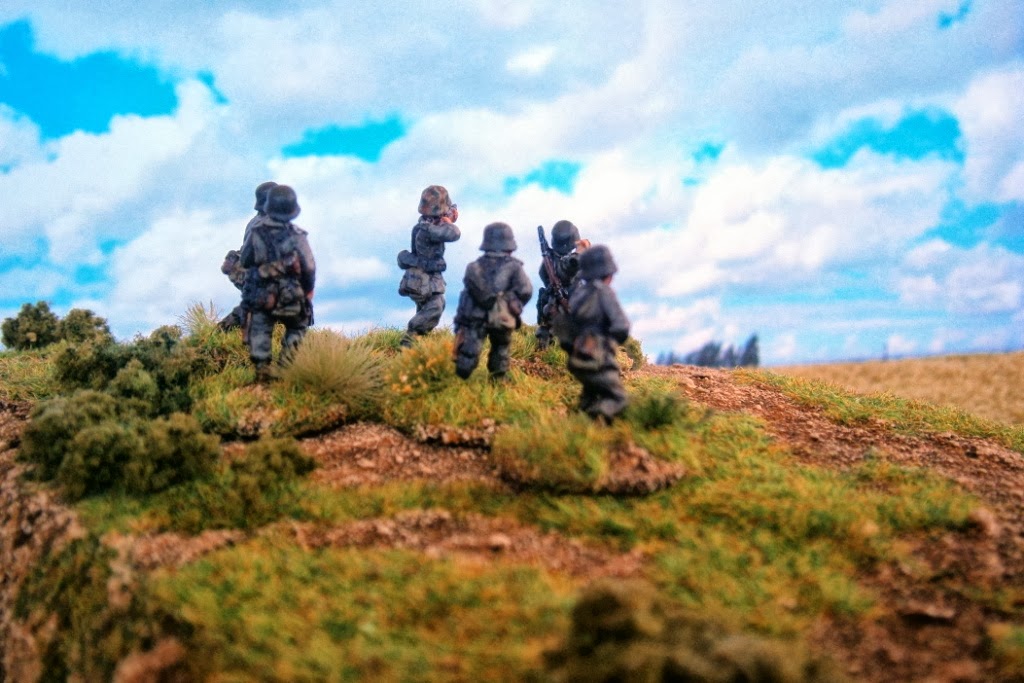 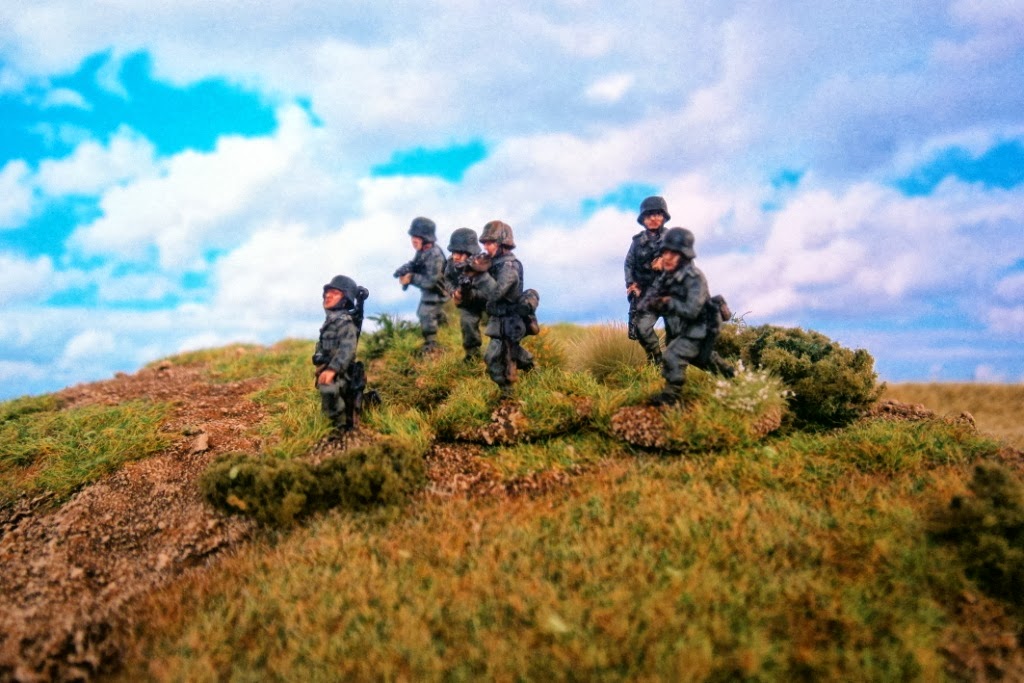 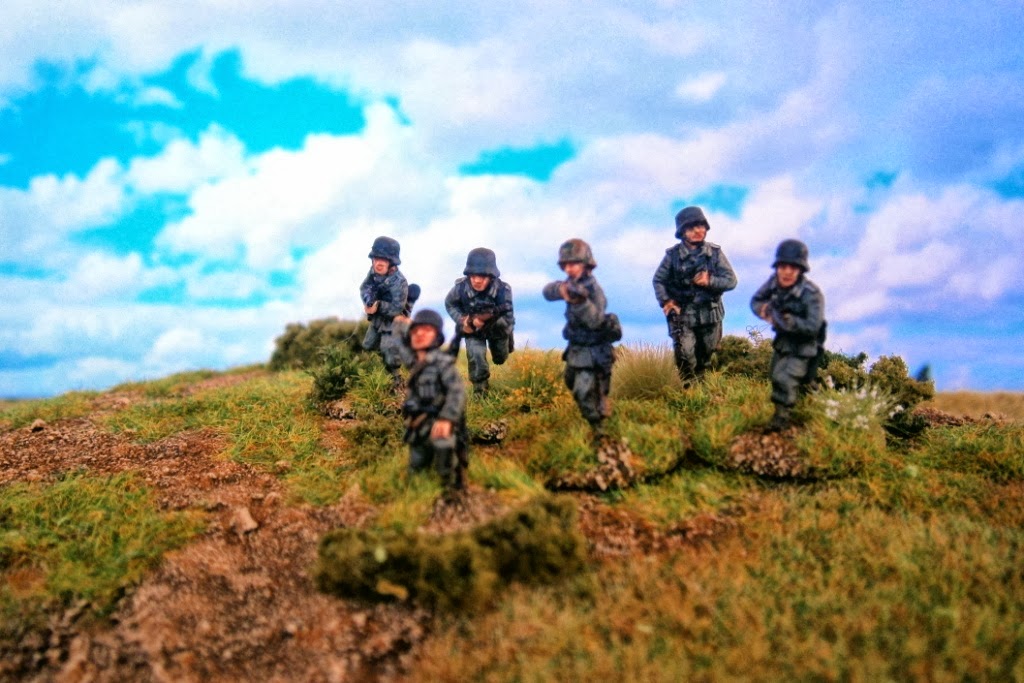 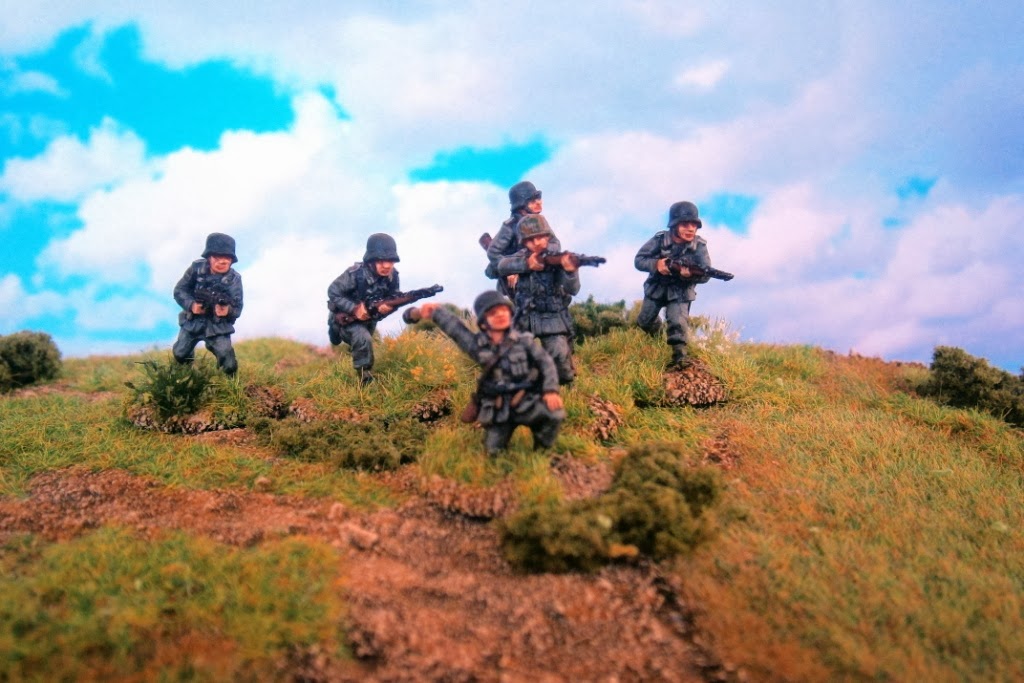 I have a few Plastic Soldier Company 1/72 Yanks in the stash,came with my Battlegroup Overlord book I think, - here are three useful communications types that could be used in conjunction with my son's collection of US troops (remember to click for larger images): 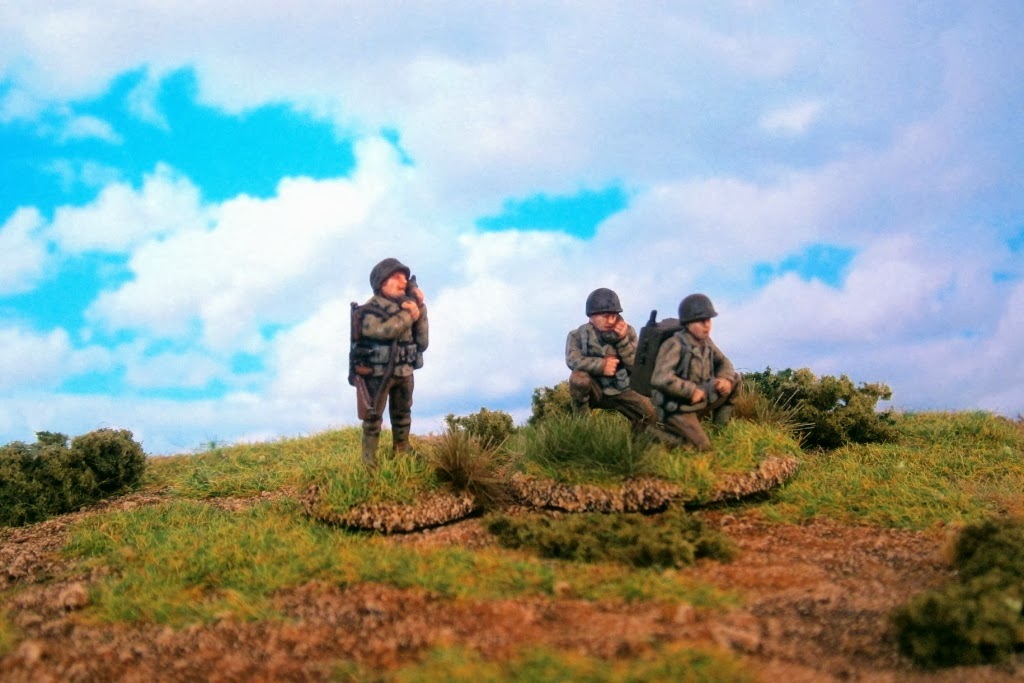 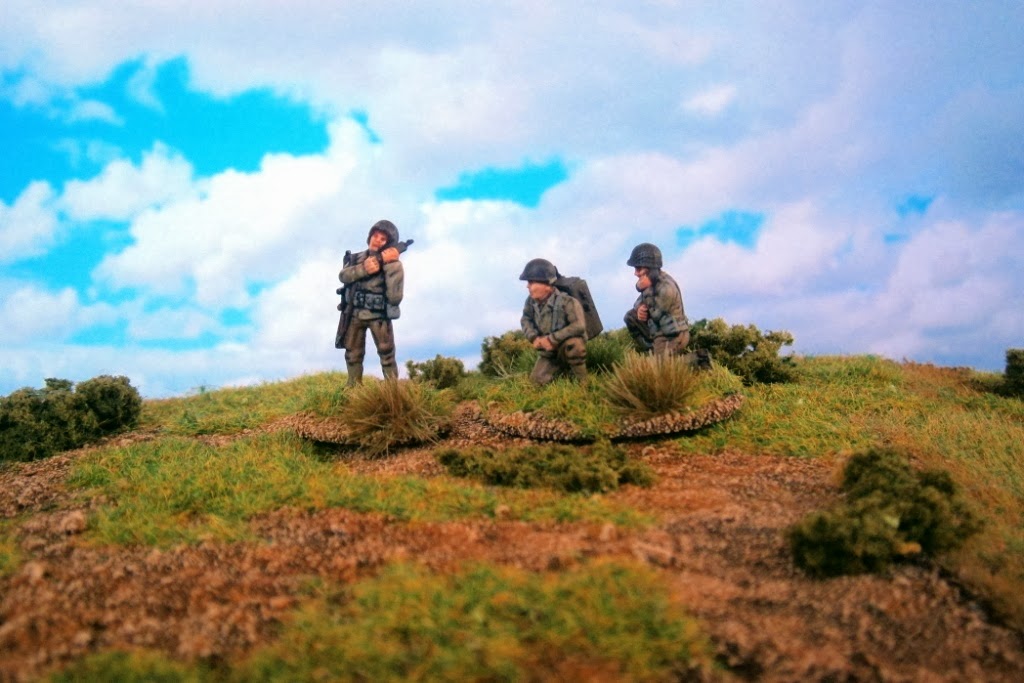 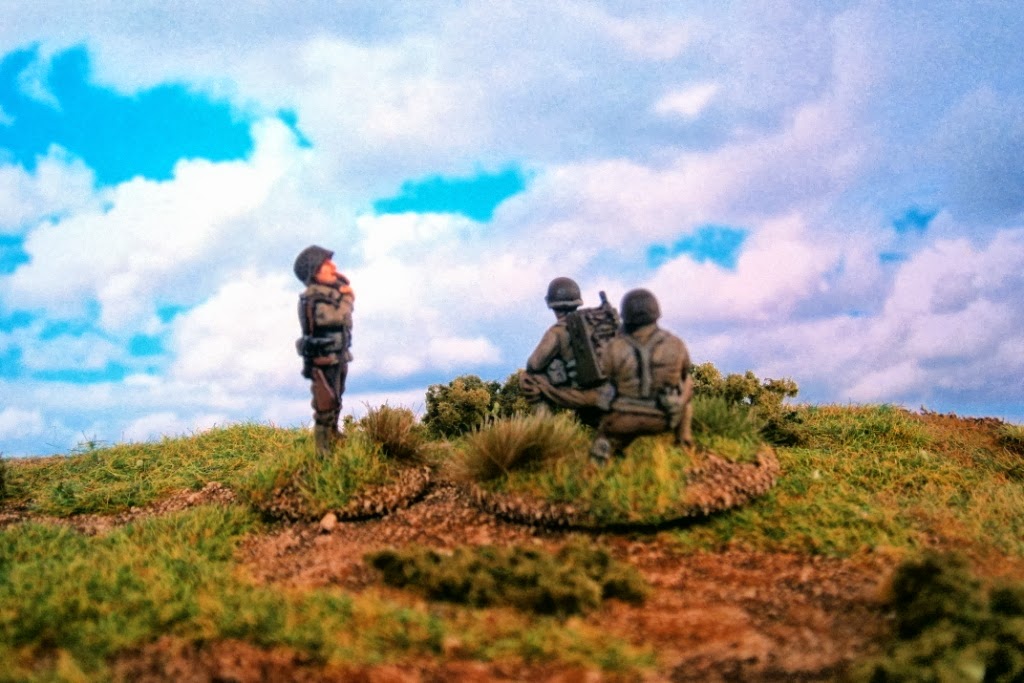 Made an impulse purchase of some LOTR GW plastic Rangers the other day and they are currently on my painting table along with some 20mm WW2 British officers and some Warmodelling 15mm British Light Dragoons for the Peninsular War - who knows which will get finished next?
Posted by Jacksarge Painting at Saturday, October 19, 2013 24 comments: