There is some debate as to whether Anglo-Saxons operated as cavalry in battles, certainly the larger melees which have survived in manuscript accounts have little to say about mounted actions on the battlefield. My understanding is that we can be quite sure that they operated as mounted infantry at the very least, using horses to get to the battle or to get to a potential conflict "the fastest with the mostest". They were no strangers to riding to hunt or as a means of transport & the horse was a respected creature, appearing frequently in Anglo-Saxon burials/cremations of earlier centuries.

I decided that I would like the possibility of fielding some Anglo-Saxon cavalry, even if only a couple of units. I finished my first group of six a while back but hadn't shared the pictures on this blog. I have some more unpainted cavalry in the "to do" box.

The miniatures are from Blacktree Designs 28mm Anglo-Saxon range. 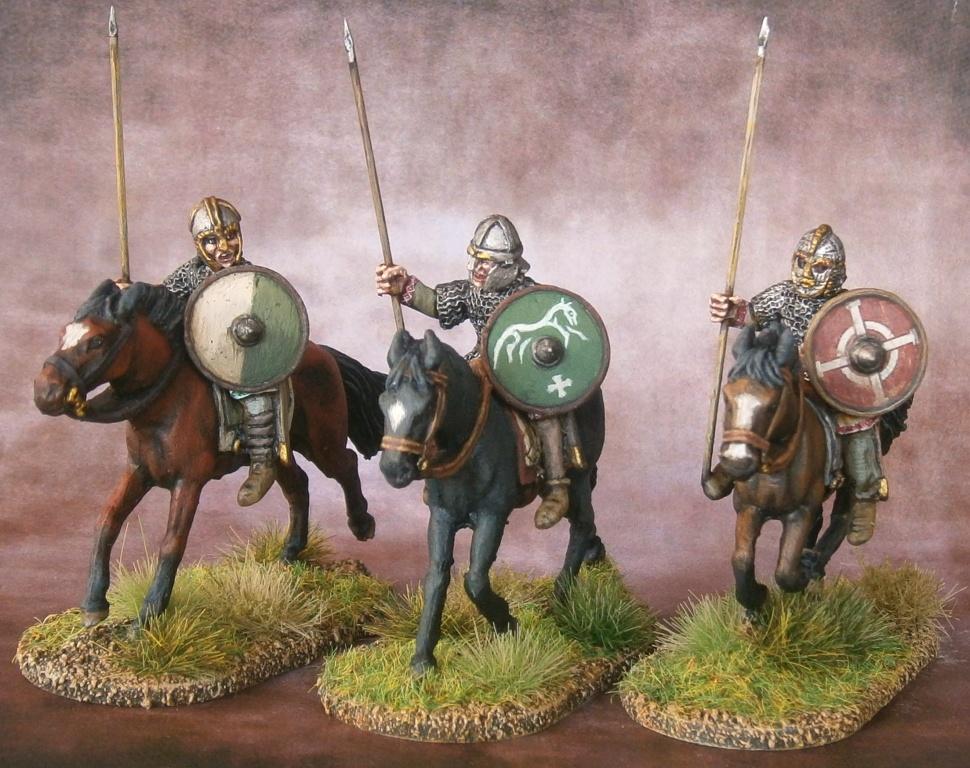 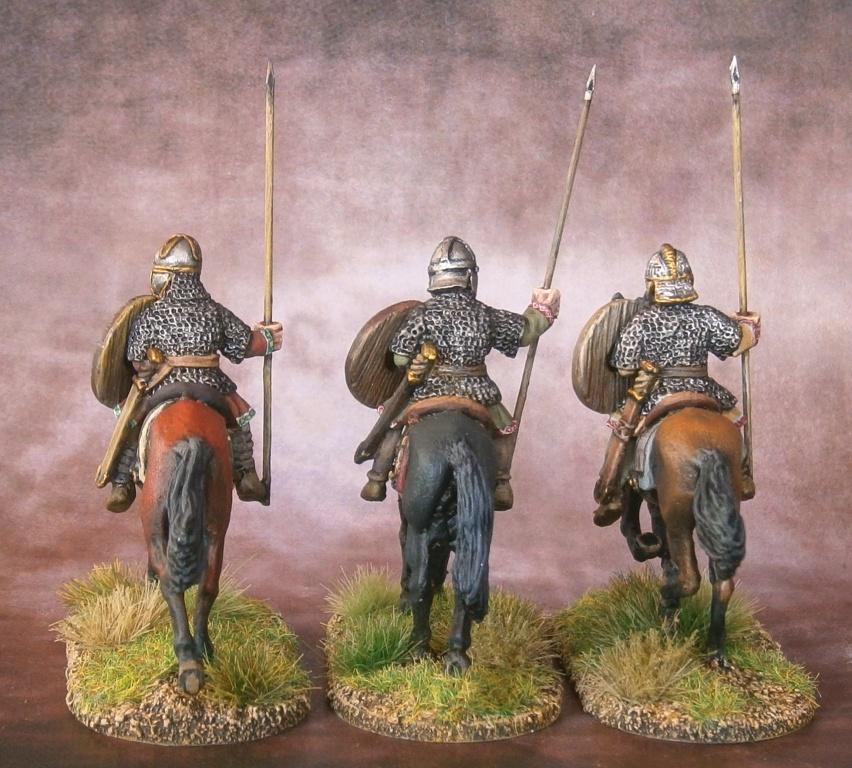 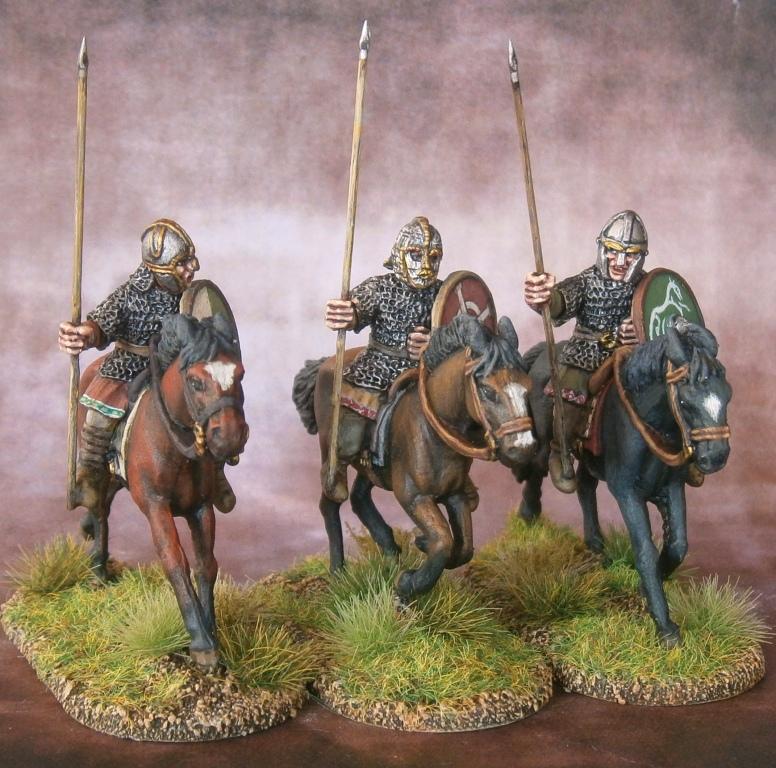 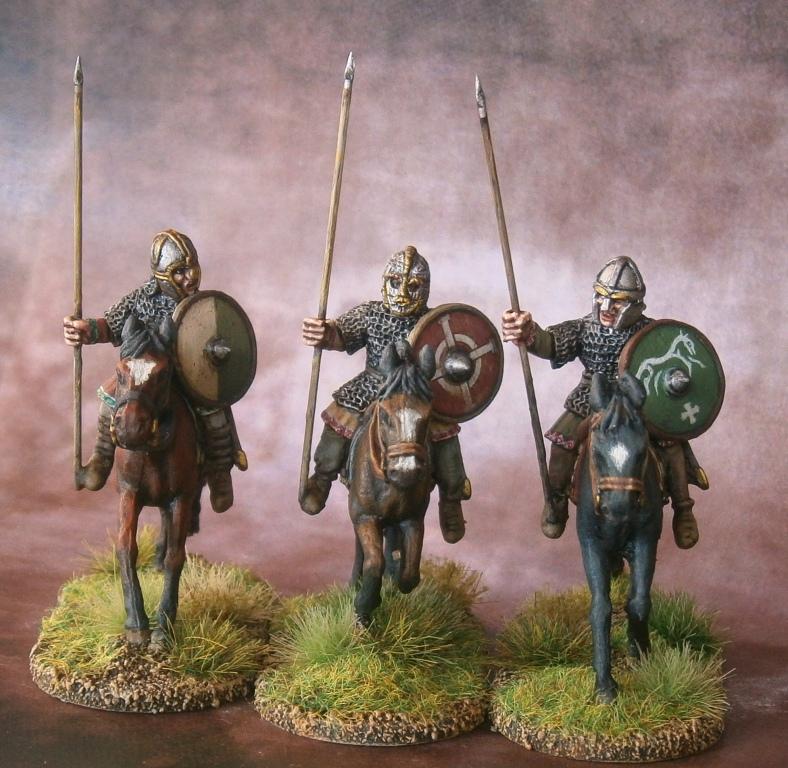 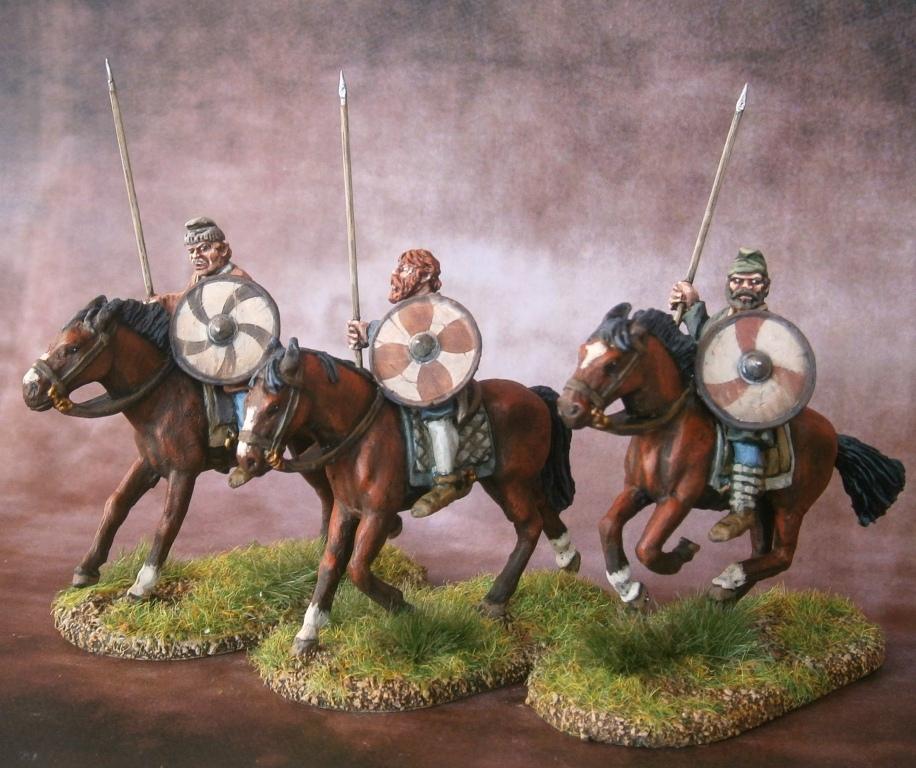 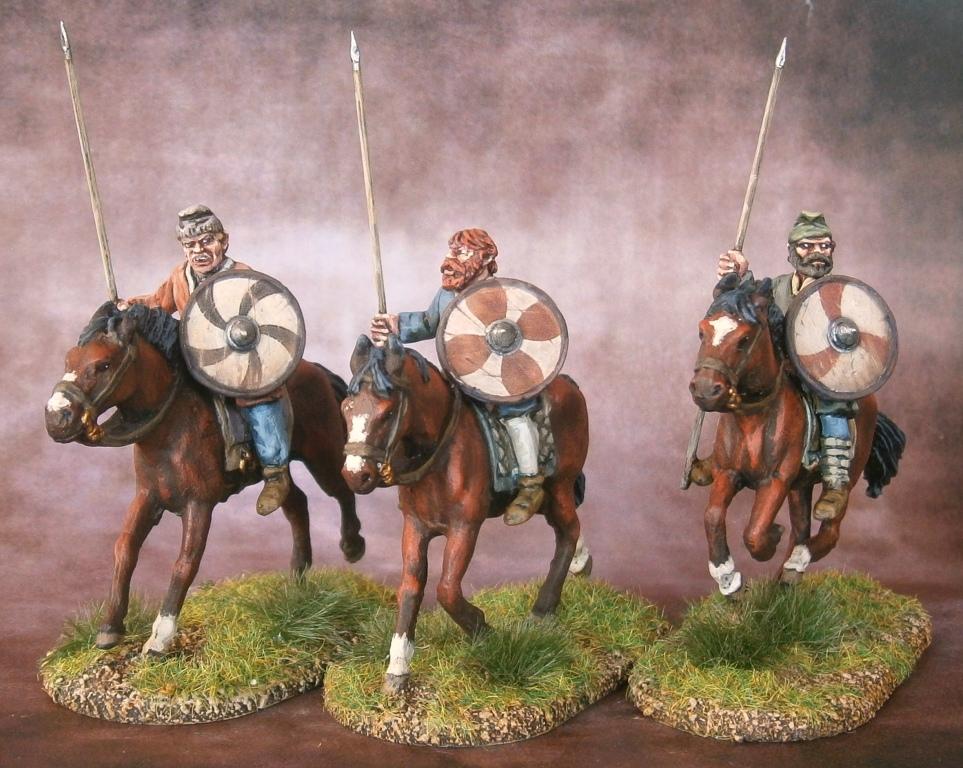 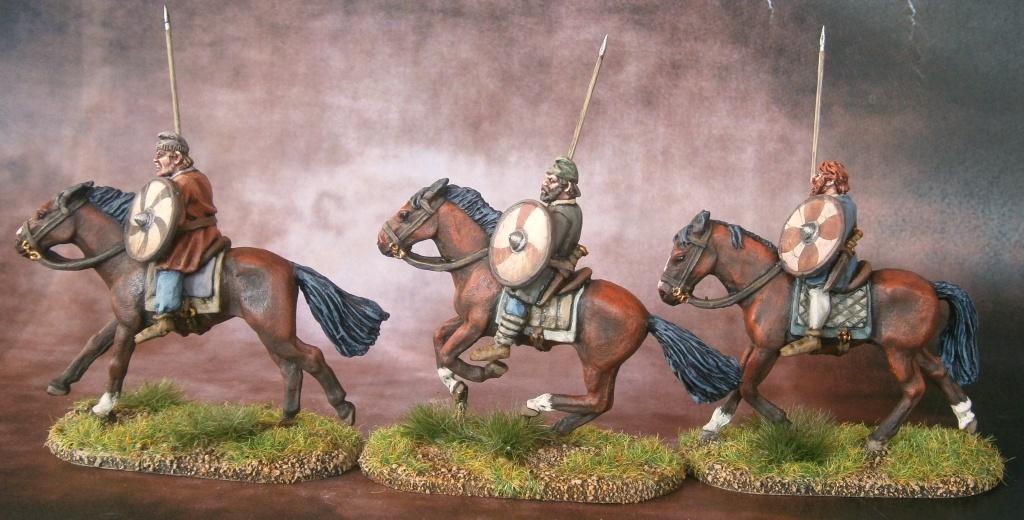 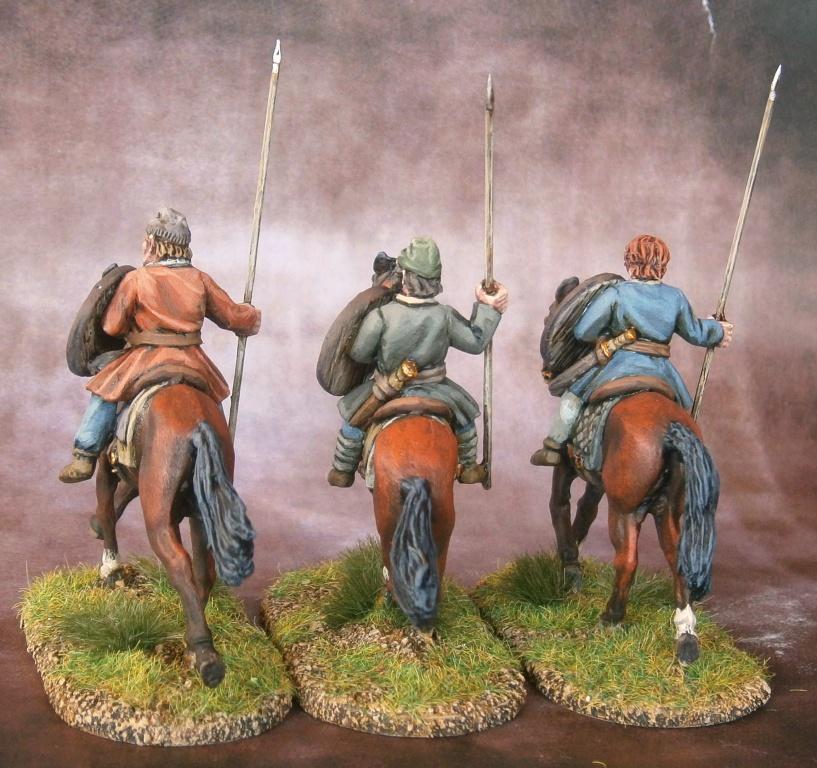 Orcs! Those nasty servants of Morgoth or Sauron and general troublemakers.
This is my first painted unit of 12 using the Oathmark plastic "Goblins" set, along with their metal command figures. I have gone for a "sallow" skintone using a khaki brown triad - not green.
Tufts are from Leadbear's Tufts. 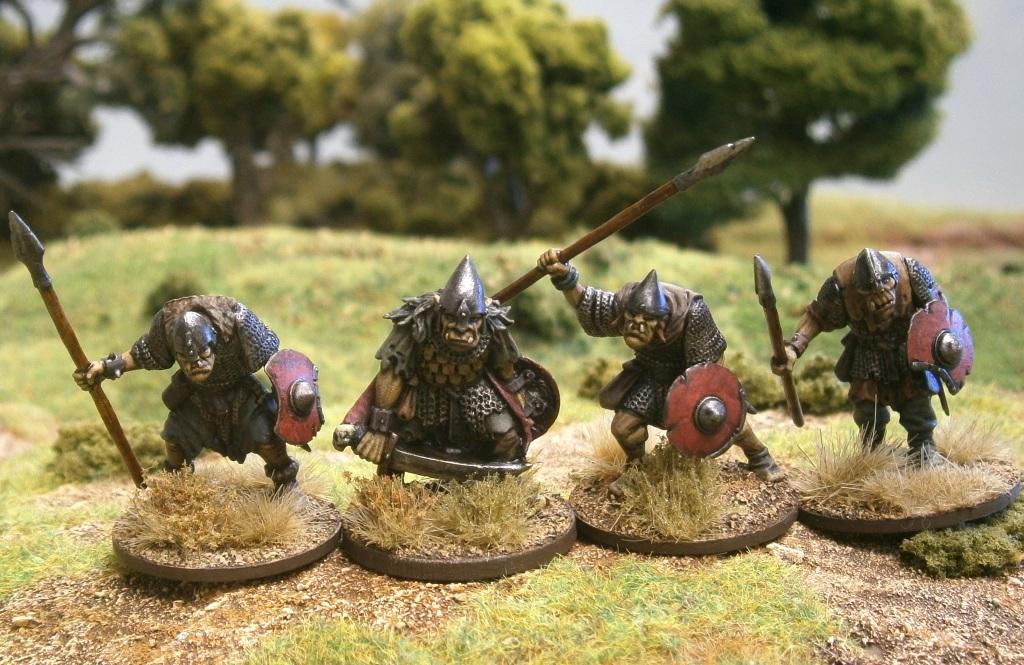 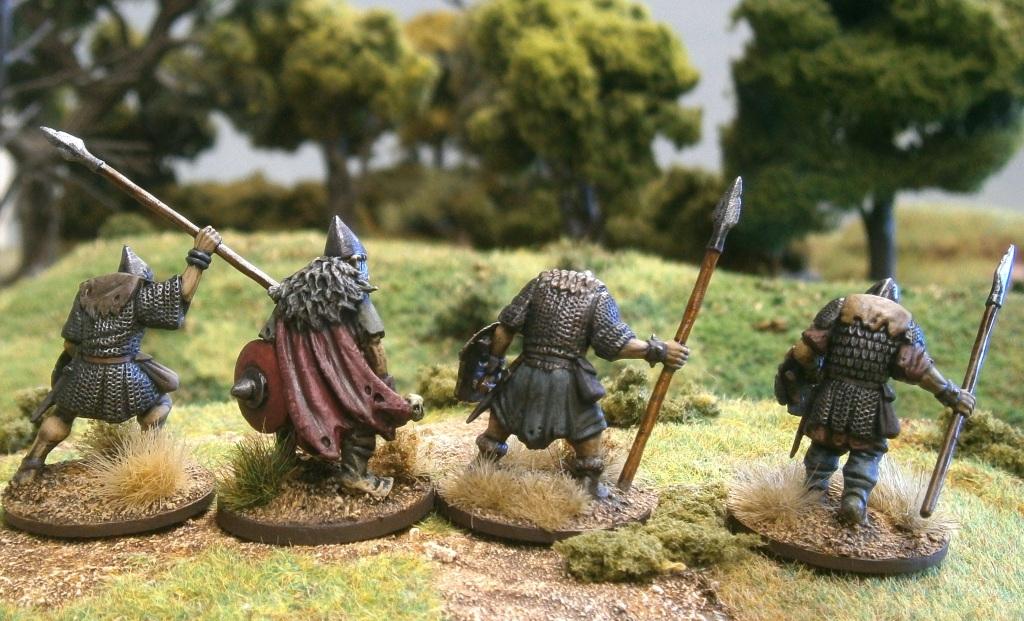 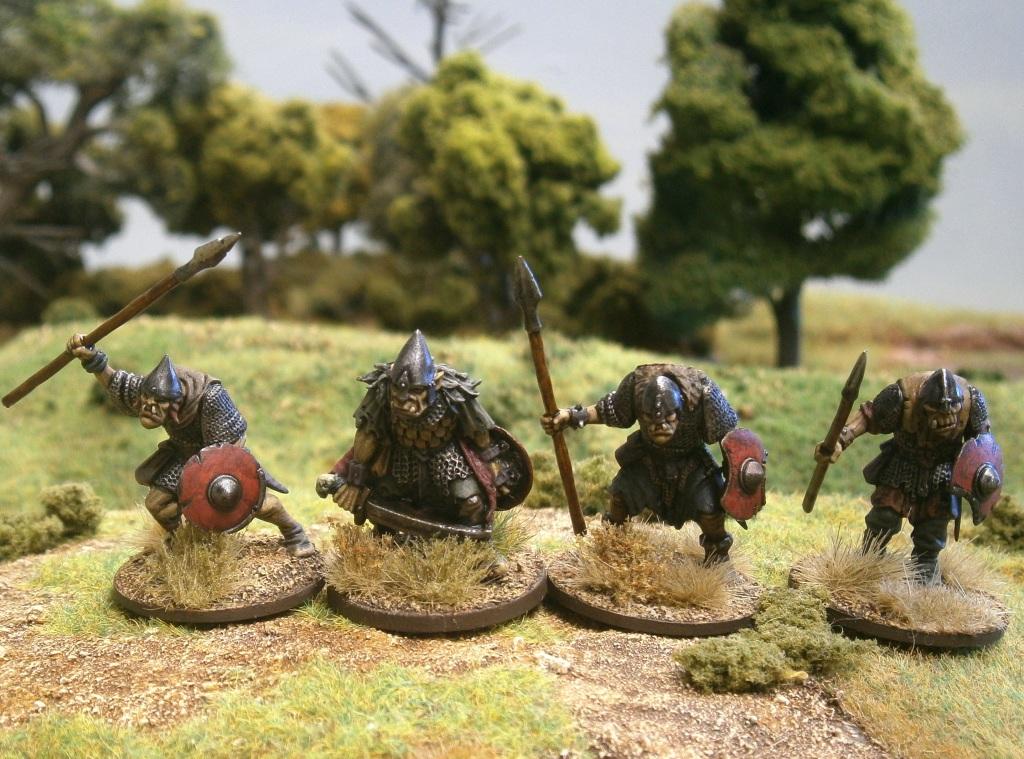 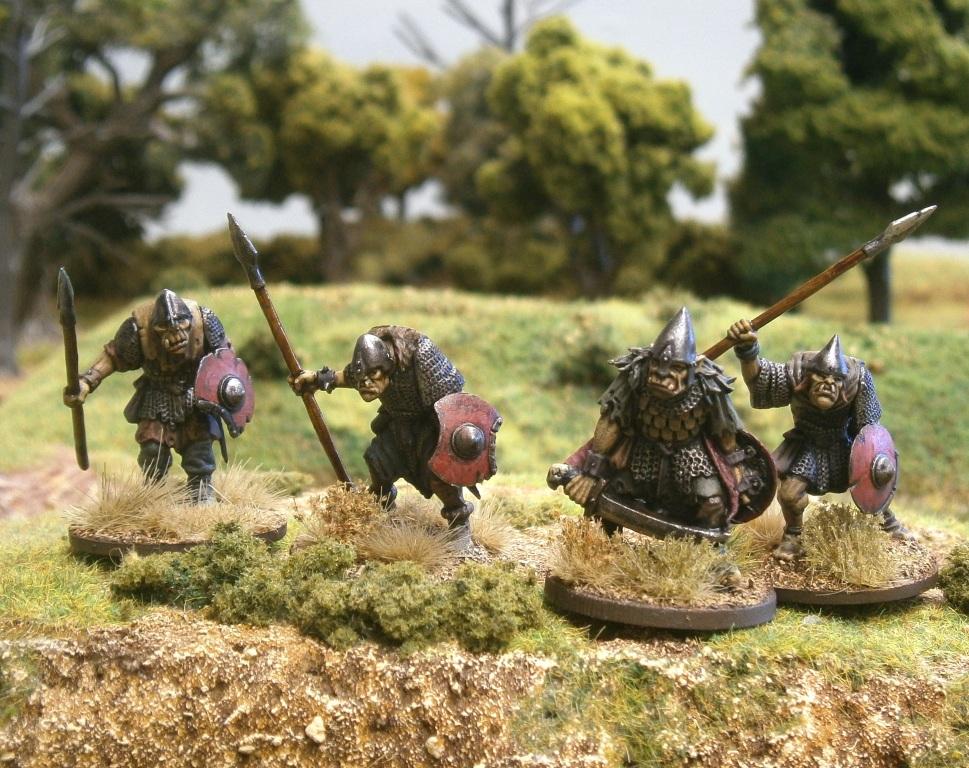 I have started work on my next unit of Dwarves - ideal opponents for the Orcs.

Dwarves of Middle Earth.
I have painted these up for my fledgling Middle Earth collection using a combination of metal miniatures from Conqueror Models and Oathmark Dwarven command from North Star Figures. Since purchasing these, Conqueror have also released their own Dwarven command figures which would be cool to pick up at some stage.

The shields are all freehand designs. The tufts are from Leadbear's Tufts. 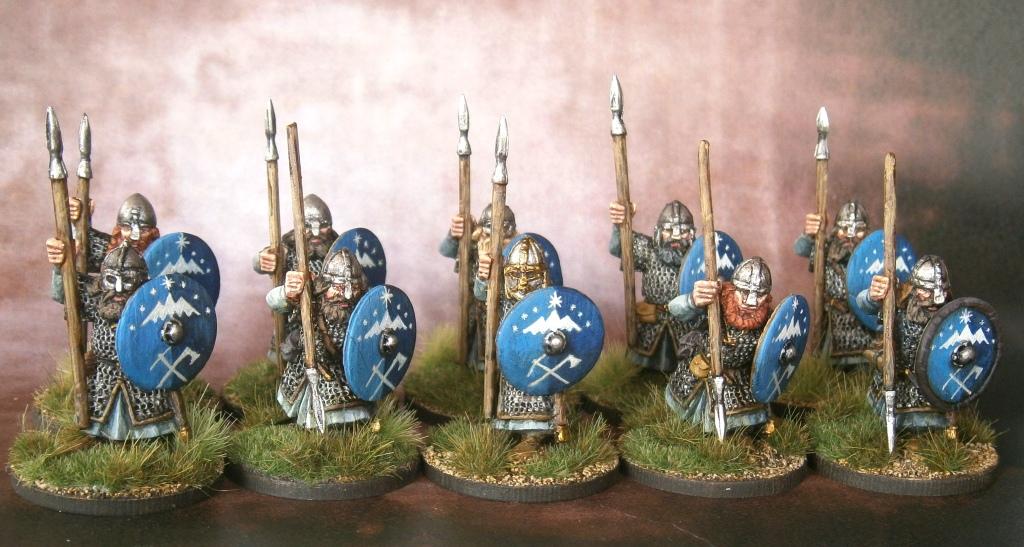 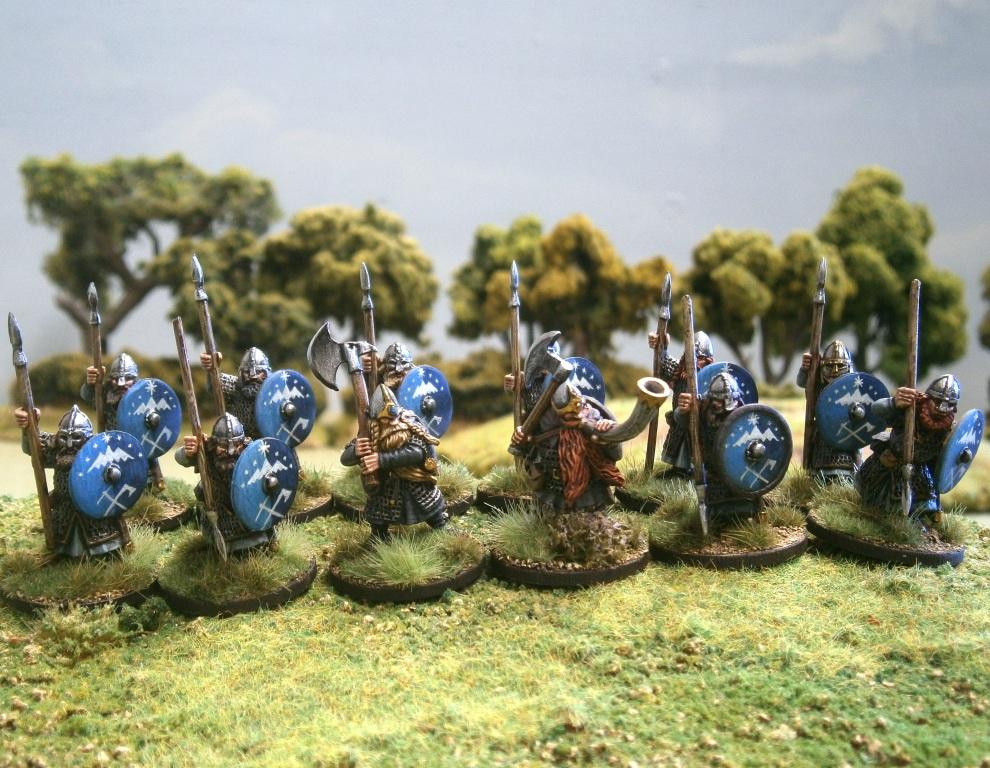 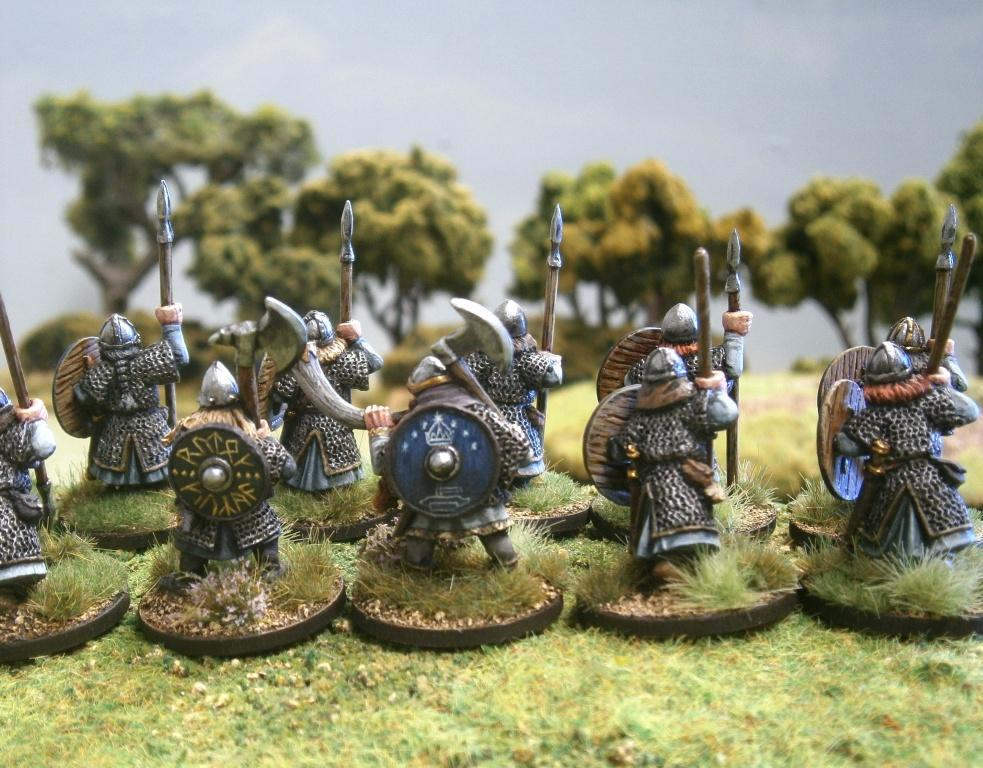 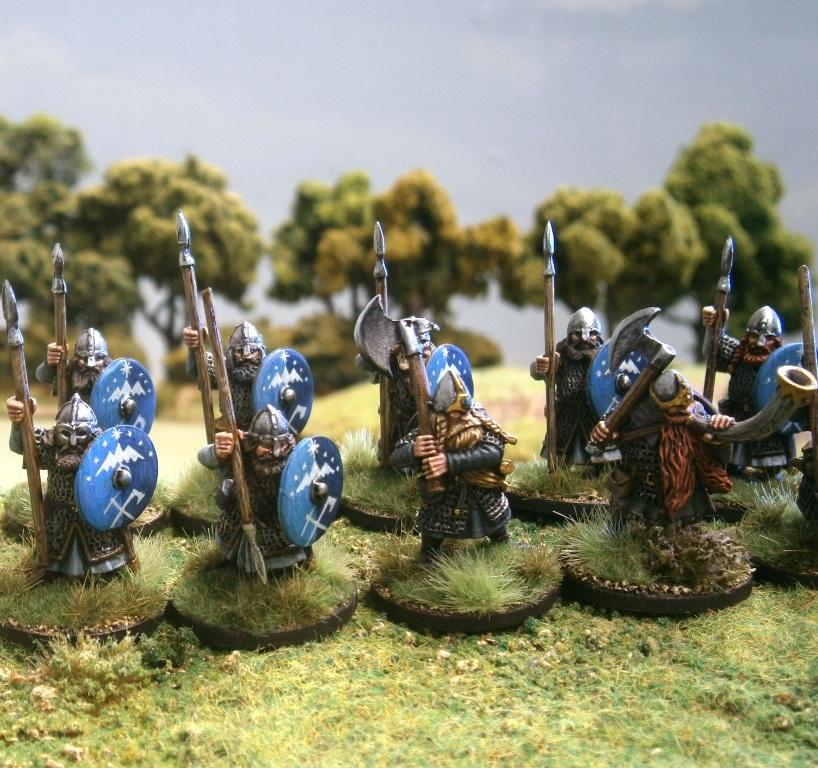 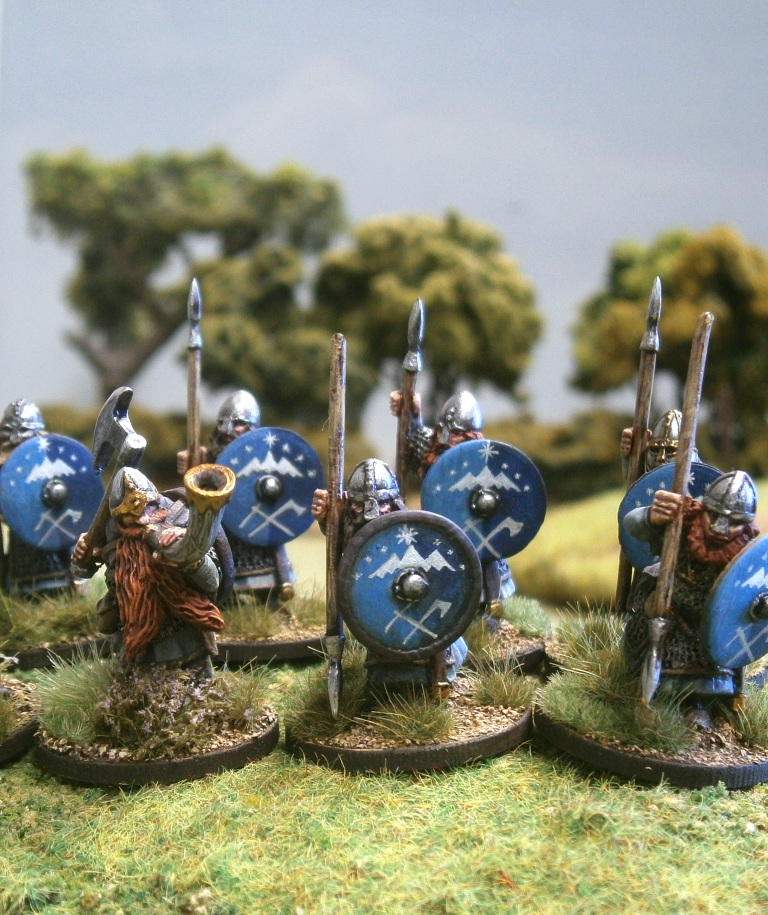 Below are some pictures of the Oathmark Dwarven command figures (more will be included in future units). 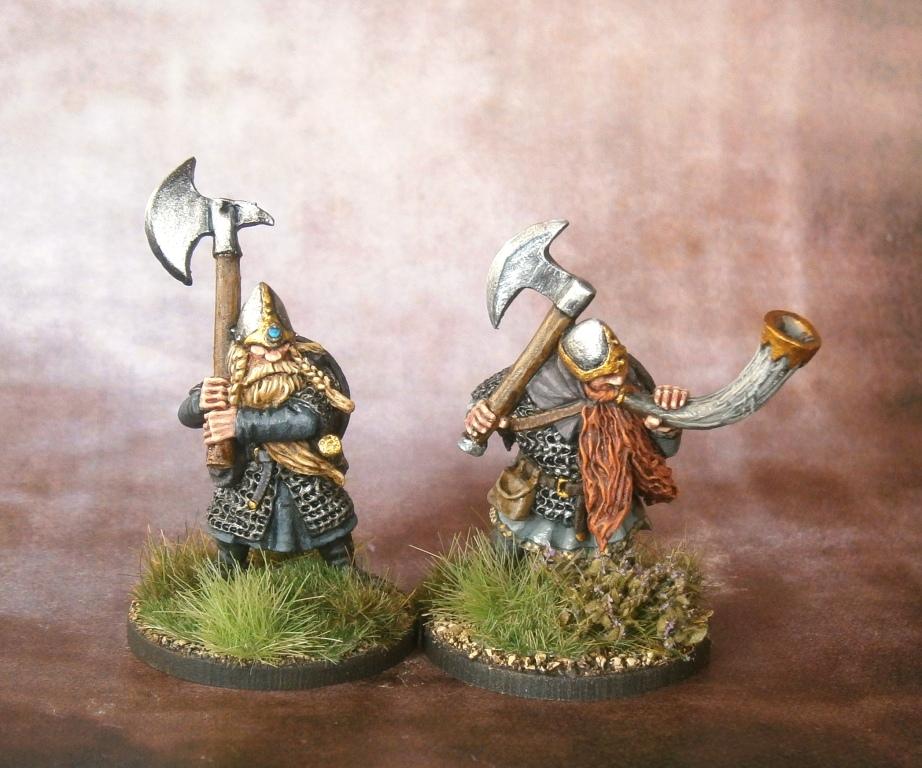 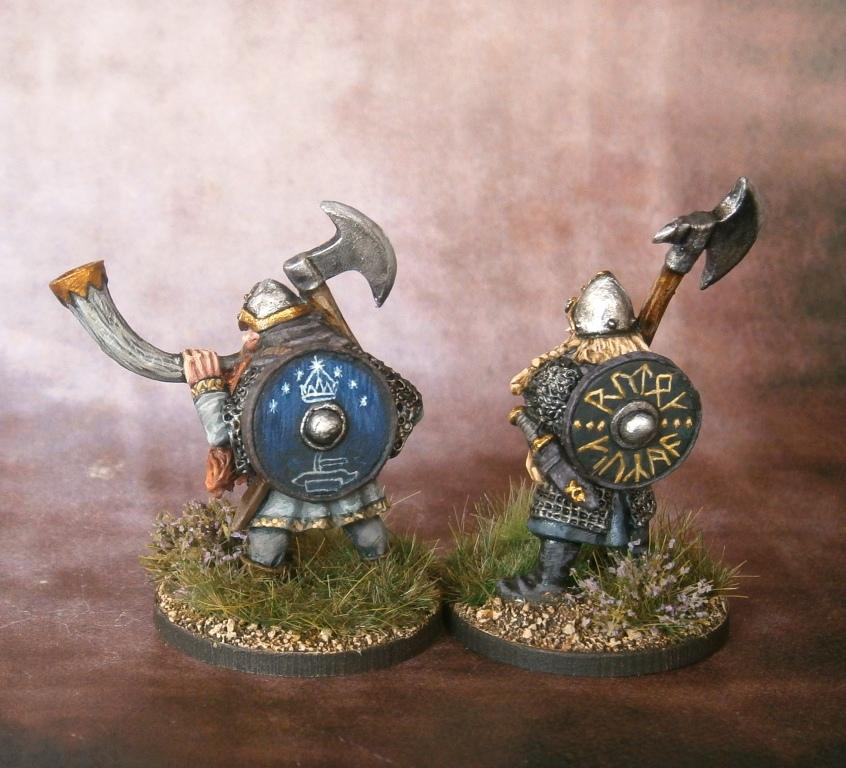 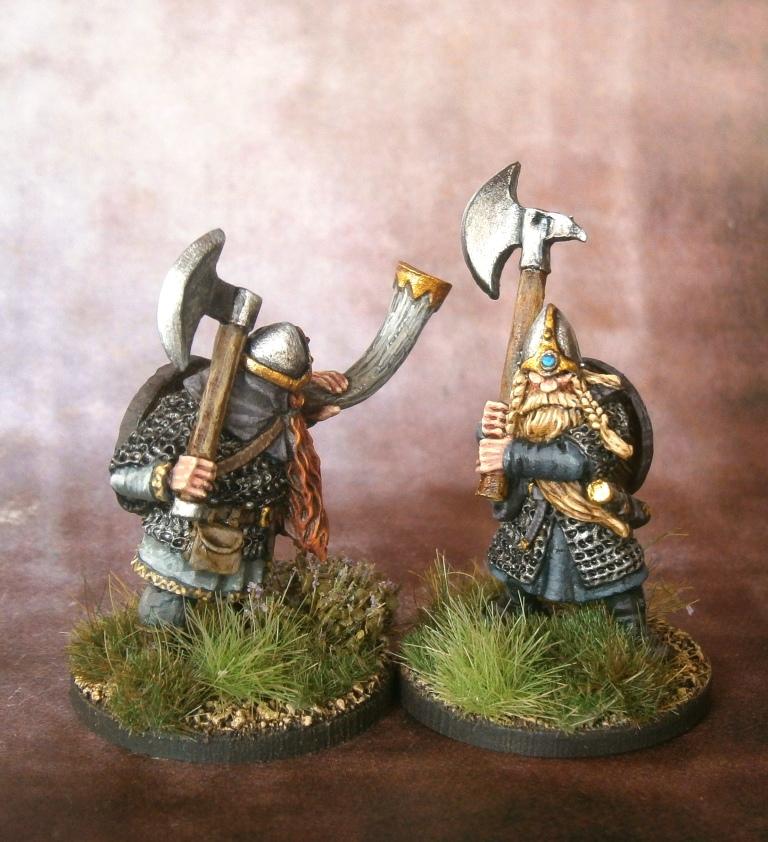 I have painted them up in units of 12, that way they will be suitable for either Lion or Dragon Rampant. They can be used for other systems too, like the future Oathmark ruleset, or placed on movement/sabot bases for massed battle games. 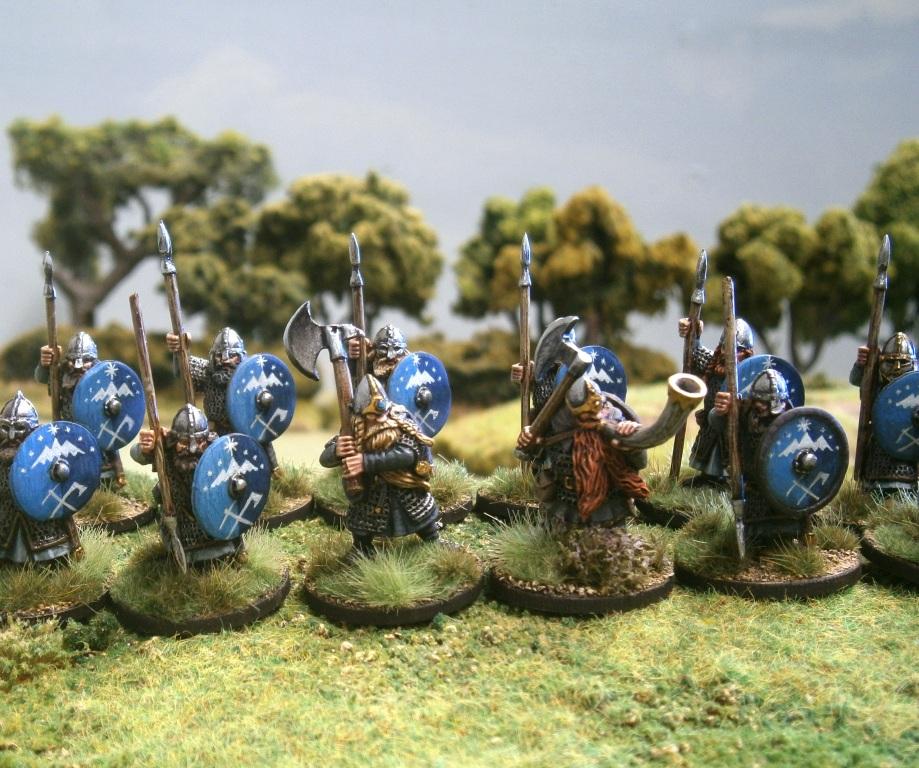 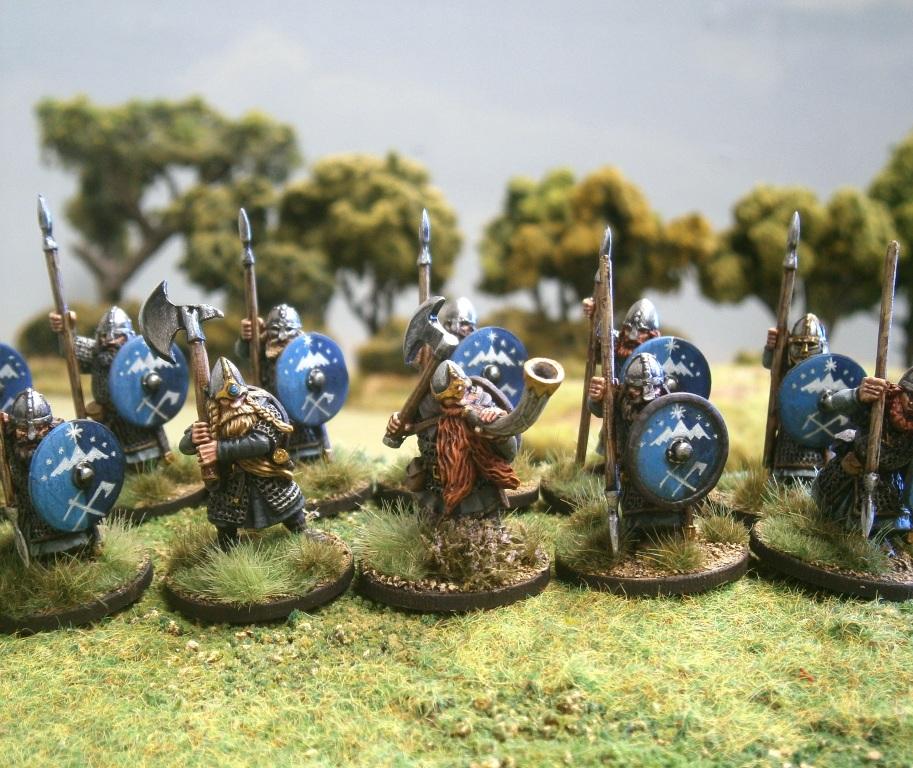 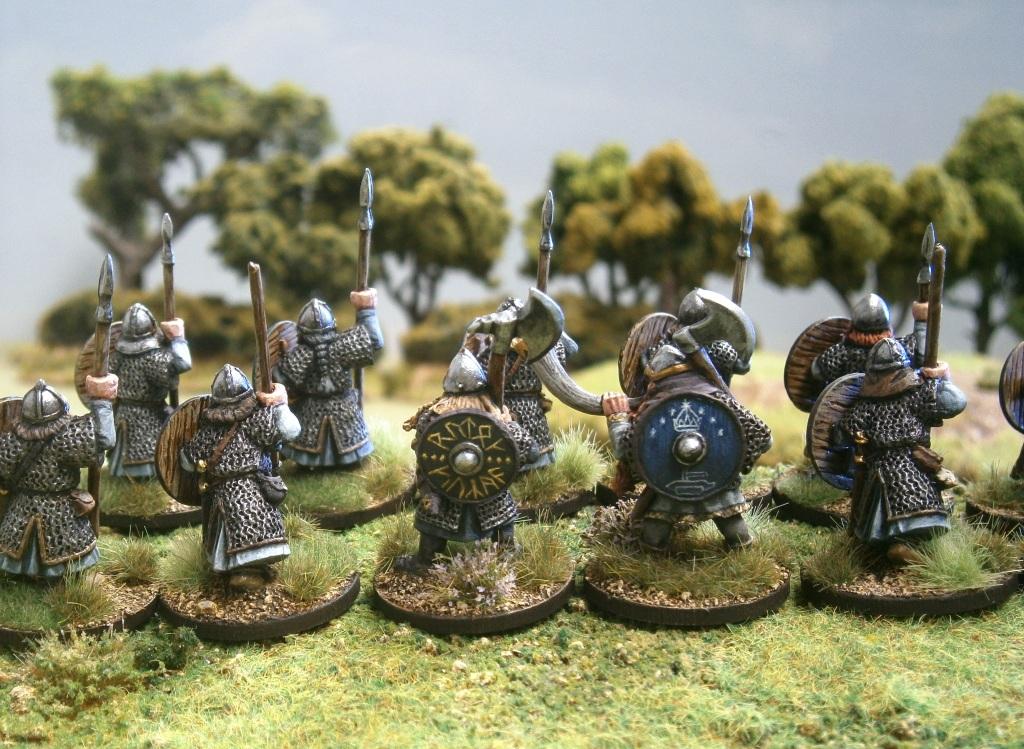 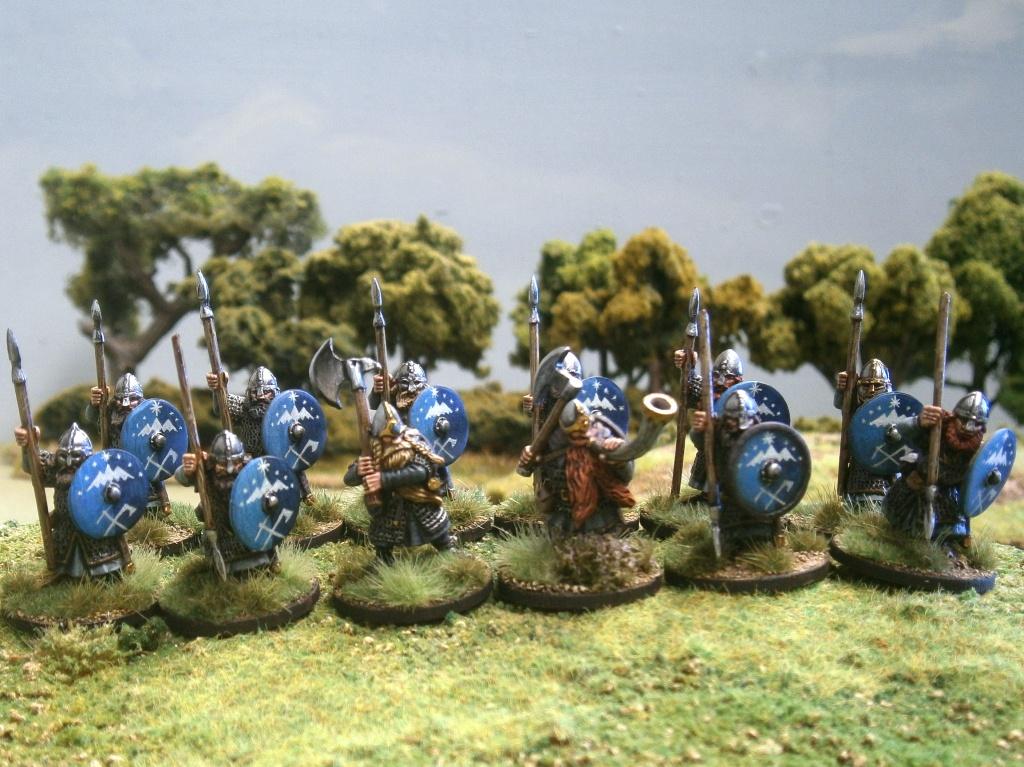 I have completed a unit of 12 Goblins/Orcs to oppose them & am preparing my next unit of 12 Dwarves - alternating between them helps to keep it interesting :-)