At this time of year many wargaming bloggers post some reflections on the past year & perhaps some thoughts on what they would like to achieve in the New. Here's some thoughts from me:

Painting - I have painted a lot of figures this year, mostly commissions, plus some for my own collection. Being a creative person, I enjoy the painting. Finished Dark Age & Middle Earth figures for myself. 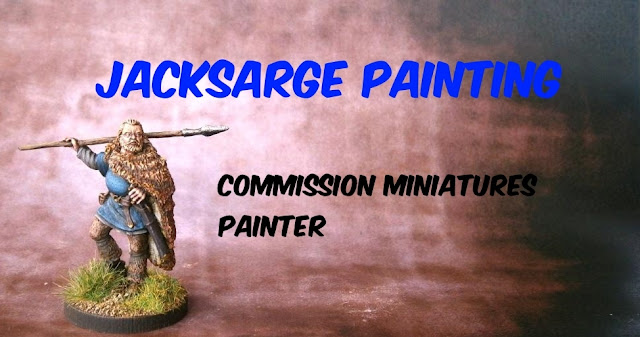 Collecting - picked up some more Dark Age figures & sold a few that I'd painted, in order to fund future purchases. Bought some Dwarves & Goblins to grow my tiny Middle Earth collection. Picked up some AB 20mm Brits that were are bargain price. 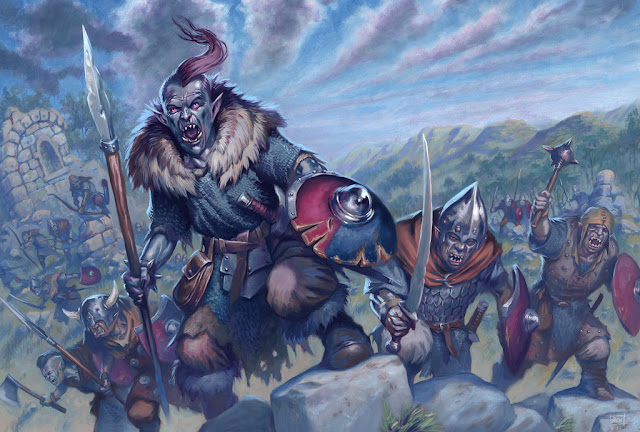 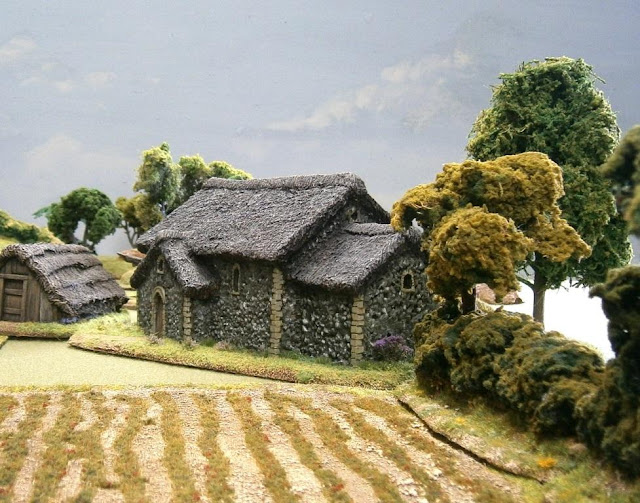 I passed on my collection of 20mm Colonials to a fine chap in Ireland - mostly unpainted.
Also sent off a bunch of mostly unpainted plastic fantasy figures to a mate in the US.

I hope I can get rid of some more stuff this year, either sell or give away to someone who will actually use it. I must be realistic, hoarding heaps of stuff I will never use is futile. 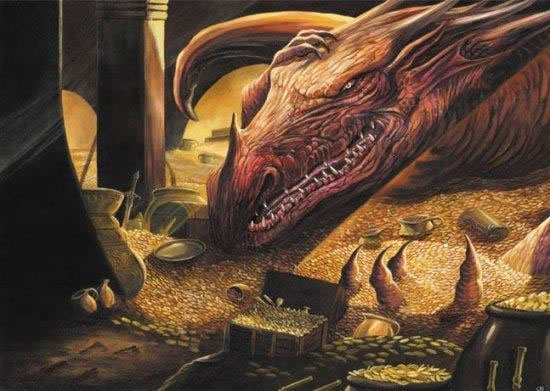 Finding local wargamers, who share my interests, that I can regularly connect with, play games & generally enthuse over the hobby with, is just not happening for me. I have become much more of a painter & collector these days.

For 2018 I would like to be able to keep on painting for myself + commissions. I am seeing a physio for nasty pain in my left shoulder/arm - he is saying it looks like a "frozen shoulder" - I can only hope it doesn't impact my painting too much.

I want to focus my personal painting on Dark Ages & Middle Earth - which have some handy crossovers. 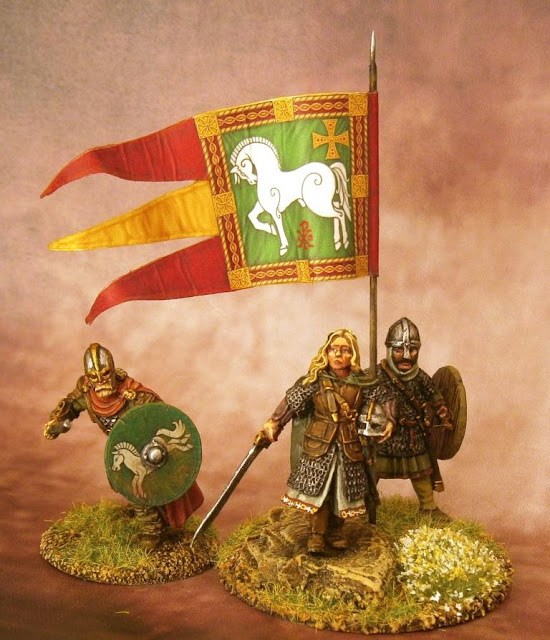 I'm still hanging onto my 20mm WW2 collection, but it's hard to get motivated to paint more of it without the prospect of any games... 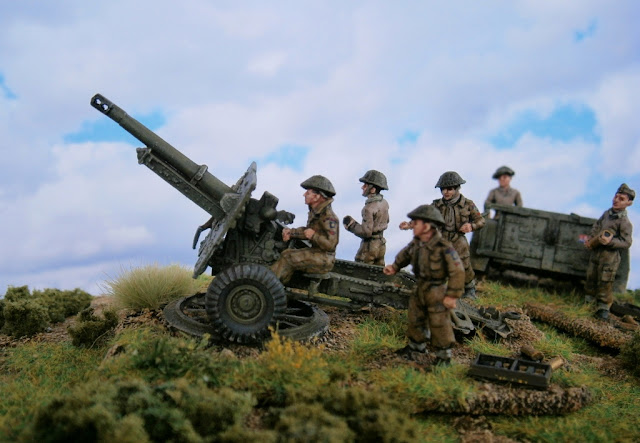 I don't want to buy more figures until I make a significant dent in my unpainted pile - by either painting them up or passing them on to others.

Middle Earth...Another One of my Favourite Things

I have enjoyed the works of JRR Tolkien since I was in my early teens, and have found that it dovetails nicely with my interest in the Dark Ages.
My son has a goodly sized collection of GW Middle Earth figures based off the Jackson movies - which I quite liked but never jumped fully into. I have some converted GW Rohan figures in my Dark Ages collection, and have a number of Anglo-Saxons with rather Rohirrim looking shield designs. A number of years ago I purchased a box of plastic Rangers  but never finished painting them & consigned them to a drawer. For some time I have wanted to do a Dark Age/Middle Earth "mash up", for want of a better phrase.
My interest flourished as I re-read Tolkien's works and discovered that North Star were releasing some very Middle Earth inspired Dwarves & Goblins. These figures fitted my idea of how these characters looked, better in most cases than the films. Coupled with this, I discovered the excellent metal Dwarves from Conqueror Models, sculpted by the very talented Colin Patten.
Fast forward to today, and a box of the brand new Oathmark plastic goblins have arrived in the post from North Star (along with a free metal figure). In addition I have a unit of 32 metal Dwarves from Conqueror Models, which I have started painting, plus 6 Oathmark metal Dwarven Command figures. All this purchased with birthday loot I received in October.
While waiting for these figures to arrive I decided to finish & rebase the Middle Earth Rangers which had long been neglected: 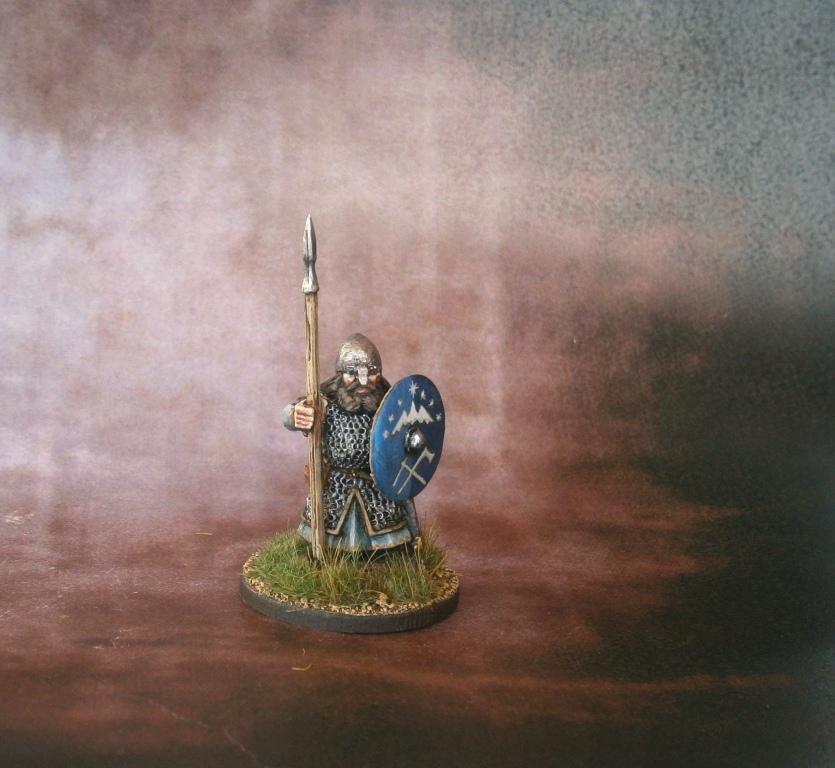 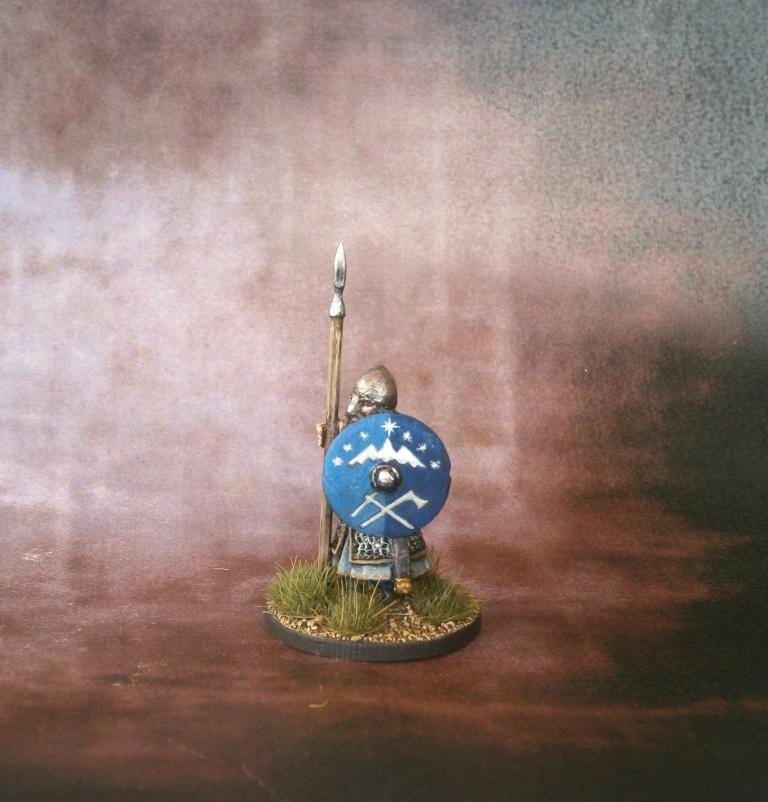 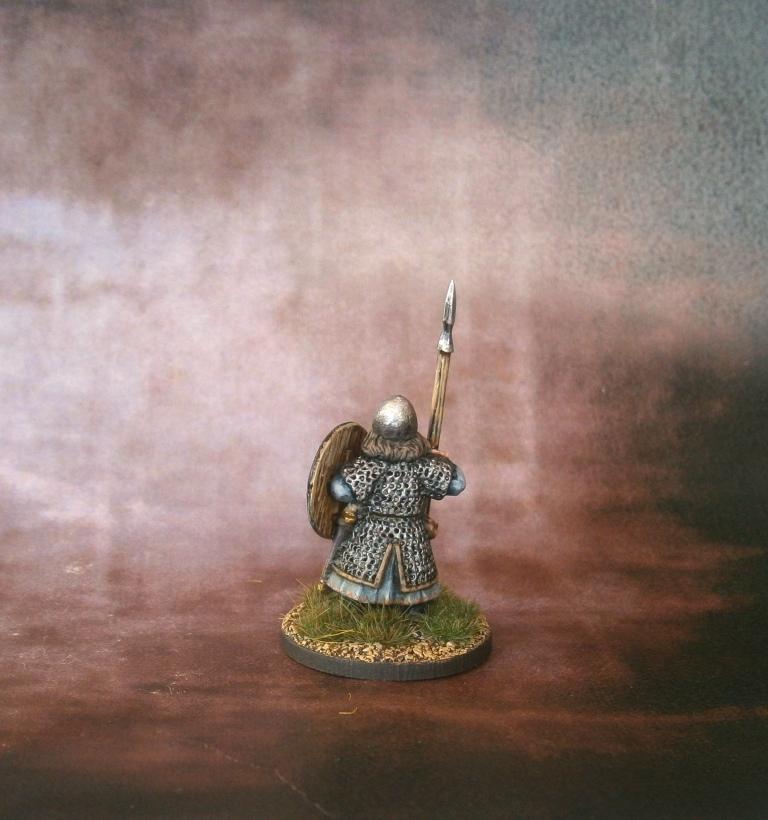 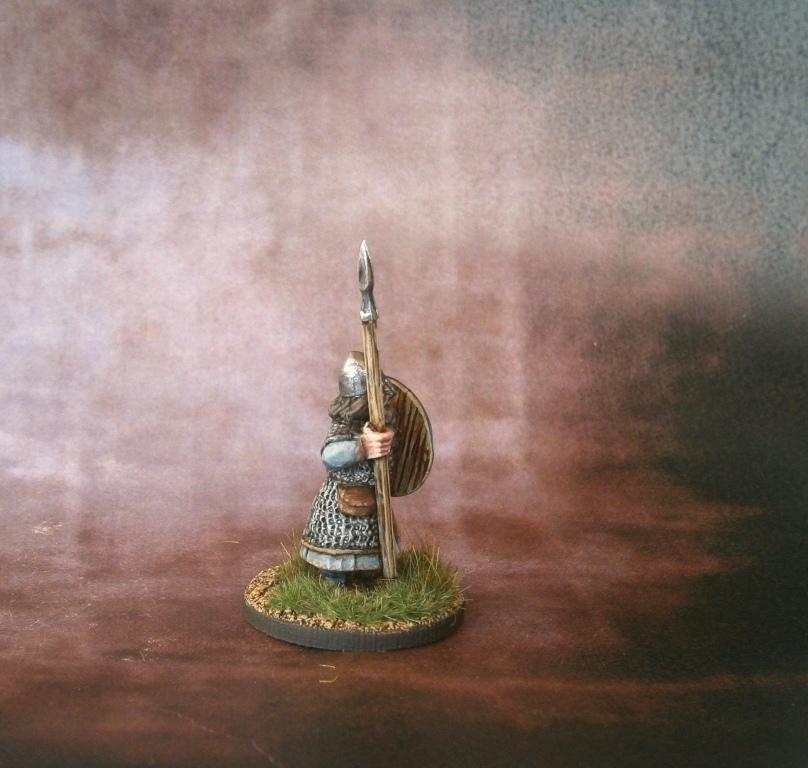 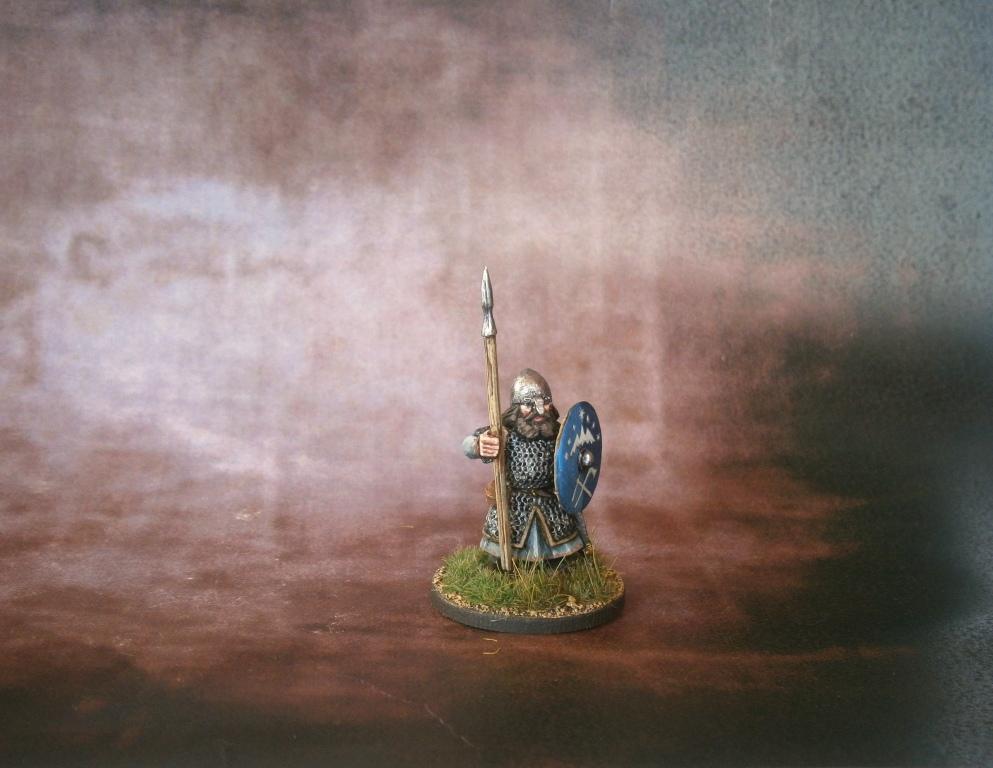 Here is the Dwarf alongside a GW plastic Ranger for comparison: 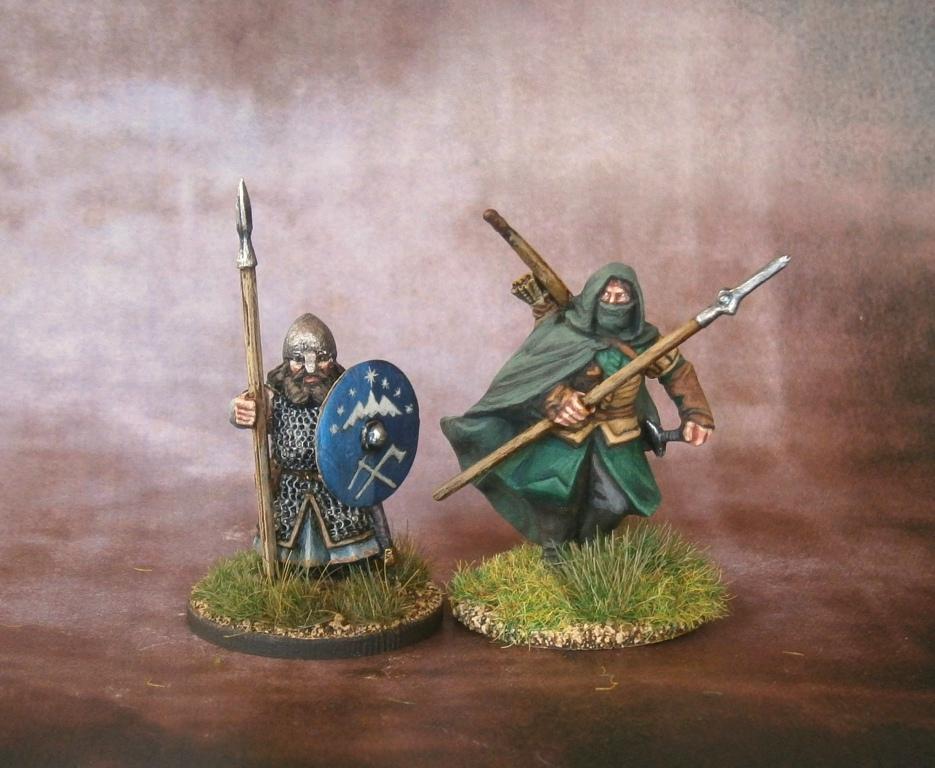 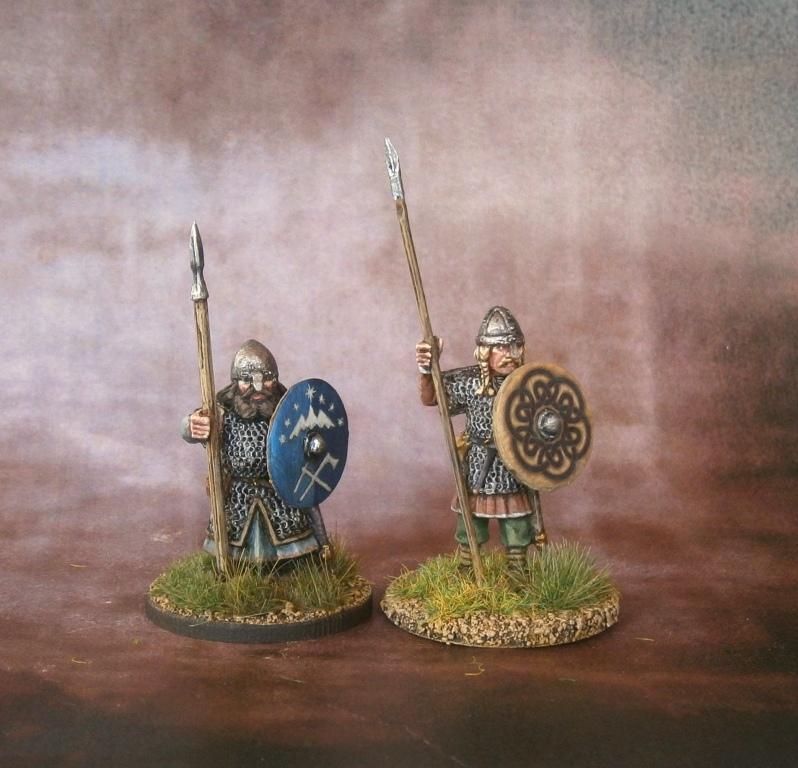 Alongside a Dark Age figure from Eureka Miniatures: 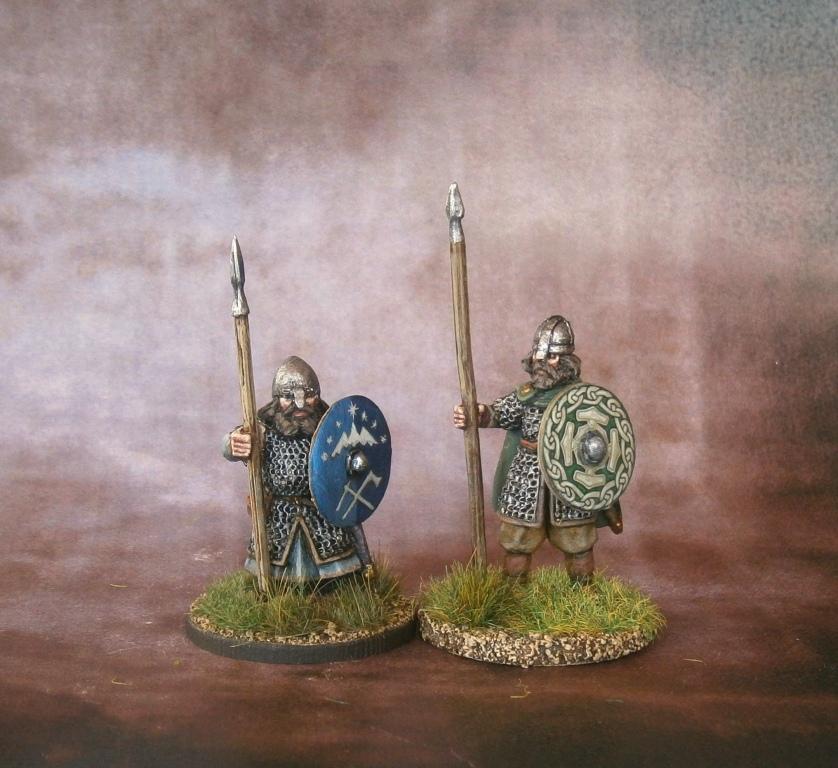 The final instalment of the Viking project. This was great fun to paint & base, such lovely miniatures.
Here are all of the Viking personality figures produced by Saxon Miniatures (now sold by Warlord Games). As before, most of the weapons have been left out at the request of my client. I have printed the name of each character on the underside of the MDF bases. Shield decals are from LBMS and tufts from Leadbear's Tufts. 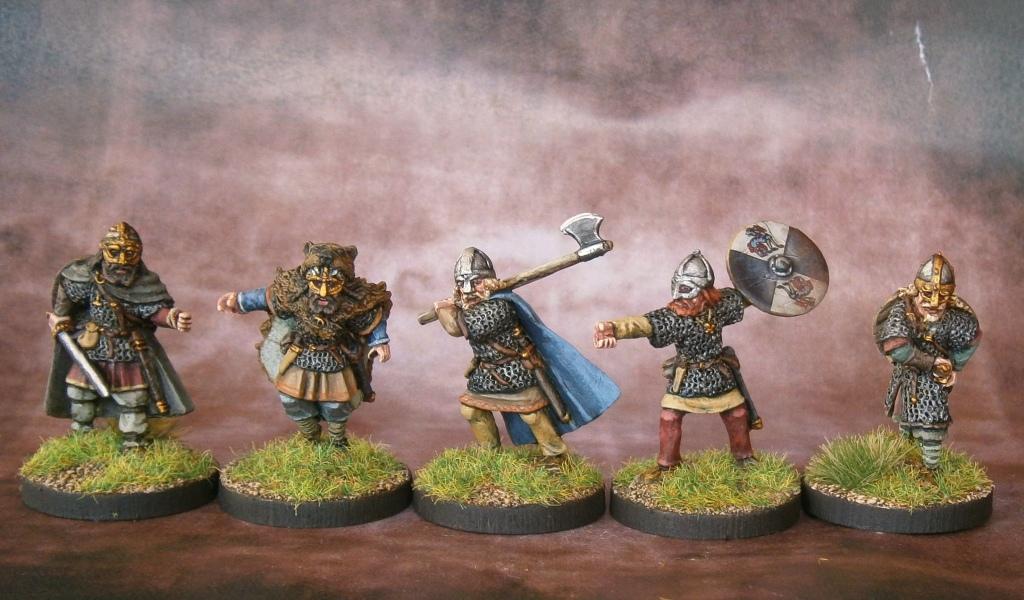 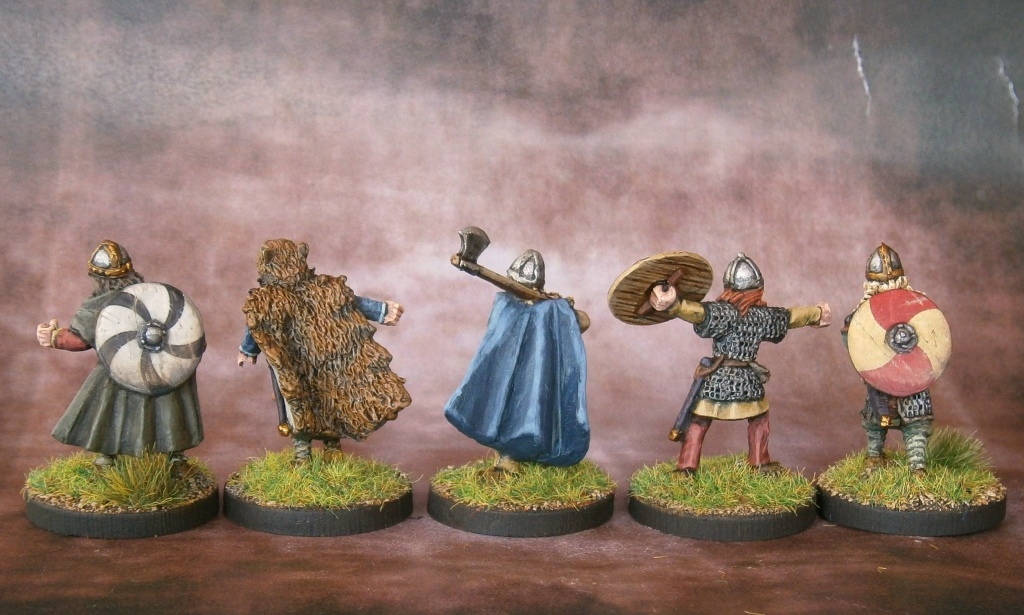 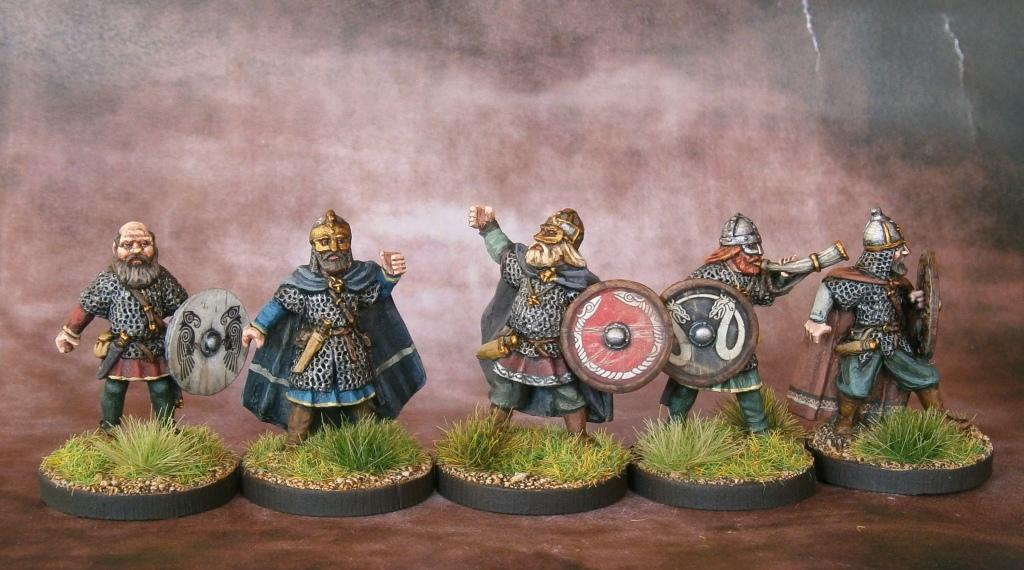 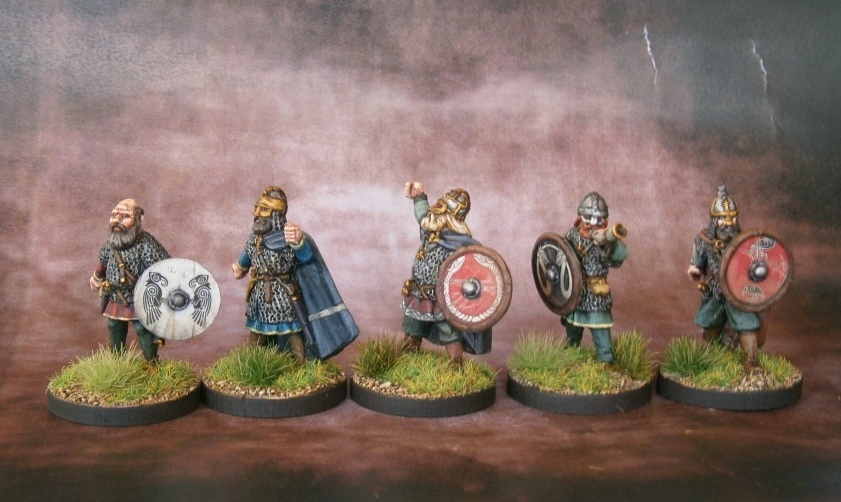 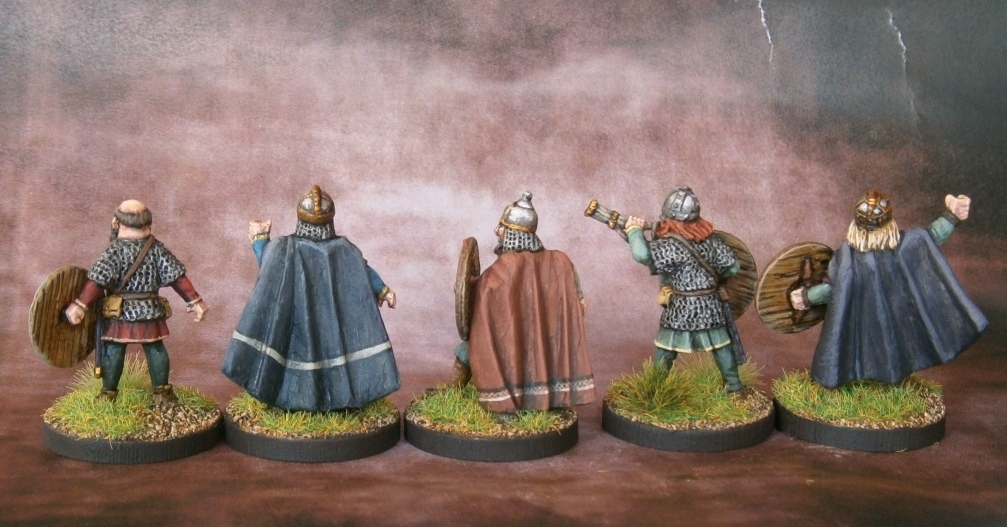 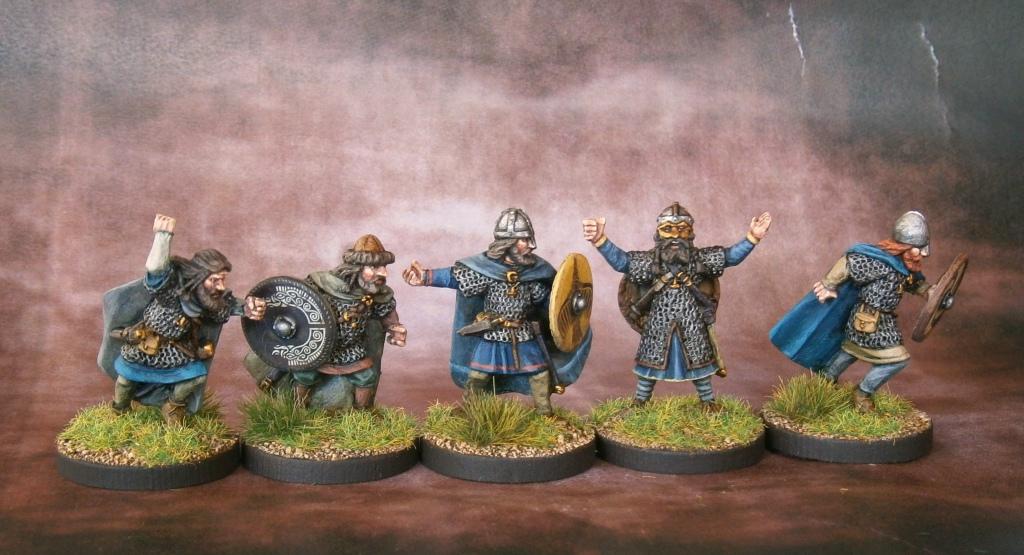 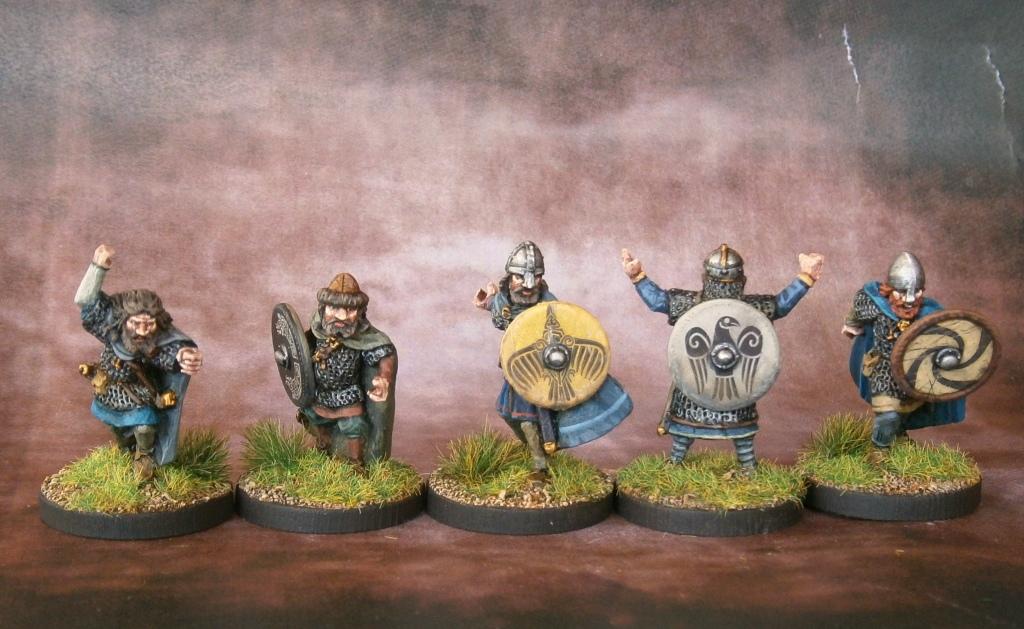 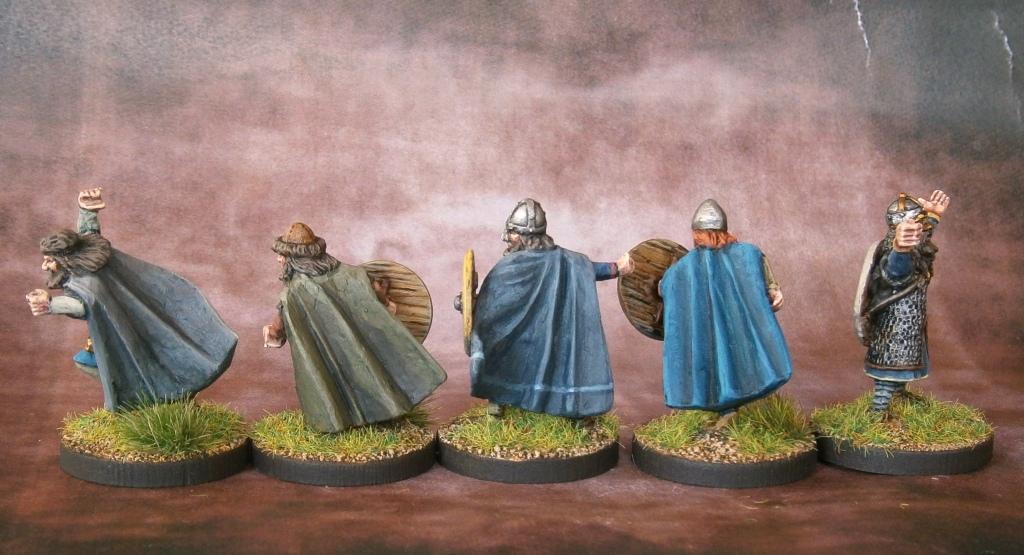 Lastly, a group shot of all the miniatures that were painted & based for this project - too many for my backdrop as you can see :-)

All the best,
John.
Posted by Jacksarge Painting at Tuesday, December 12, 2017 19 comments: