Finally finished my first section of British infantry. Most of the figures are Plastic Soldier Company 1/72 British infantry plus one Italeri figure. The figures are based on washers and painted using Vallejo, Derivan and Humbrol acrylics. They received a coat of acrylic satin varnish followed up with a coat of matt.
This section is meant to represent infantry from 43rd Wessex Div/ 130th Brigade/ 4th Dorsets- if you look carefully you may notice the dark blue with yellow blob divisional patch on their shoulders. The corporal has a sten gun & the l/cpl is rifle armed kneeling next to the brengunner.
I was pleased with the PSC figures apart from the fiddly gluing of the prone bren-gunner. I know some don't like the "no neck" look, but it doesn't worry me- I am however a bit uncertain about the way the straps on the canteen are portrayed, it should look more like a "T" rather than two horizontal straps- no big deal though.
I have started painting some support figures which include Revell, Italeri & PSC figures. I have been thinking of perhaps getting the Ceasar box as well to add even more variety.
I have just finished Delaforce's book on the Wessex Division, a cracking read, although I would have liked more maps and pictures. I am waiting for a copy of "Assault Crossing" which is about the division's crossing of the Seine, to arrive in the post.
Enjoy the pictures, and feel free to comment: 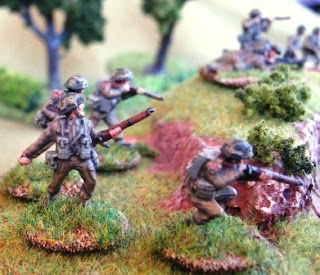 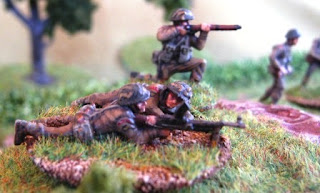 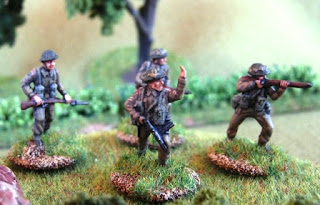 I made a couple of purchases at a model shop in a town about an hour from here: 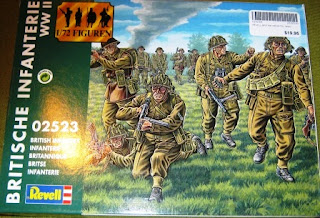 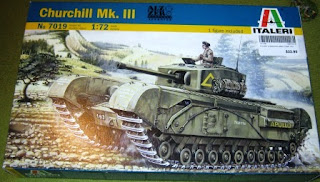 and from Maelstrom Games I ordered & received 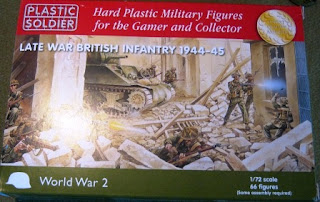 I am quite pleased with these buys and have made a start on painting up a section of British infantry and assorted support troops. I will be mixing PSC, Revell & Italeri (used to be Esci) British- gives a mix of heights and equipment styles, adding a bit of character I think. The Churchill I bought because it's a classic British tank, even though I should be getting more Shermans for 8th AB. The PSC figures are quite nice really, even though the prone bren gunner was a nuisance to assemble- don't try it with superglue, you'll probably end up gluing your fingers together. I am really looking forward to the PSC Shermans when they come out- my hope is that they will make a decent Bren Gun Carrier too.
Here are some WIP shots of the infantry: 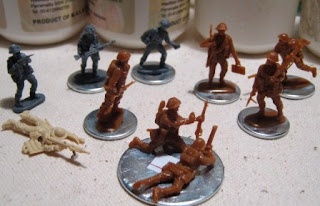 Revell, PSC and an Italeri PIAT,

This is the PIAT figure from the Italeri set which incorrectly gives the weapon a bipod to rest on. I have cut this off and replaced it with a single support strut made from brass rod with a plasticard foot.

Here is the first section with basic colours blocked in, 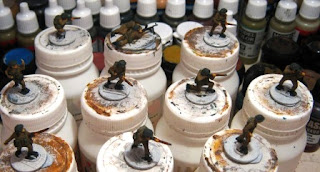 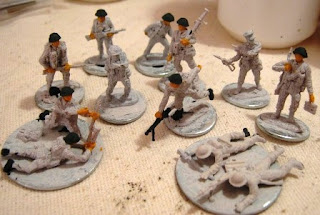 Here are some of the others underway. Revell set has a useful 2 inch mortar team which I have based on a washer rather than the base in the set. There is an officer at the back which is a Revell figure with a PSC head. I have stuck the PIAT on a washer with another figure which used to be an Italeri Bren Gunner- I swapped the Bren Gun for a rifle out of the PSC set.
I shall do a Part Two of the WIP when I've done a bit more with them. Your comments or questions are welcome.
Posted by Jacksarge Painting at Sunday, May 15, 2011 5 comments:

I was quite pleased with how the Italeri Fast Build Shermans turned out in the end and I have taken some pictures of the finished product. The figures in the pics are Italeri 1/72 British which I painted up for my son's collection & the house is the Italeri 1/72 Normandy Farmhouse. I have also included some pics of the re-paint of the pre-paint Easy Models 76mm Sherman- now painted up for the 1st Polish AB. I am thinking of getting one more Sherman III and a Sherman Firefly to fill out the squadron to support the infantry of the Wessex Wyverns. I am thinking of piling on even more stowage on my next Shermans.
I have received my 2nd hand copy of Delaforce's book on  the Wessex Wyverns and have been finding it quite interesting, I have also made some other purchases, but more on those later. Enjoy the pictures: 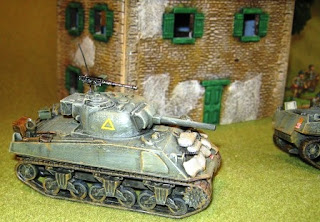 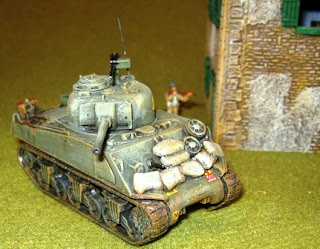 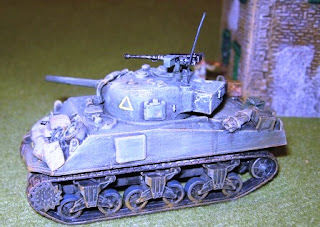 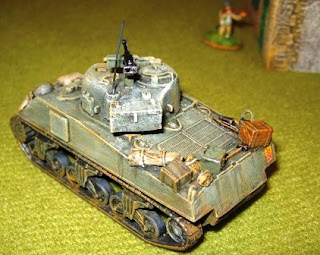 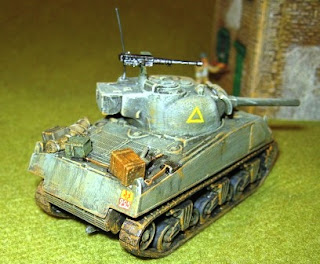 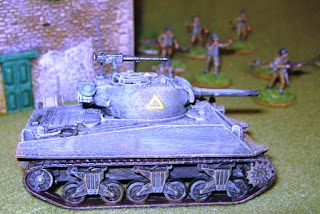 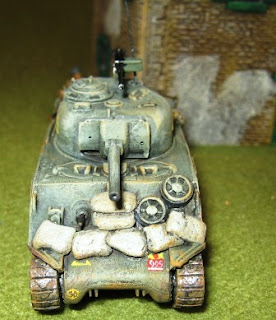 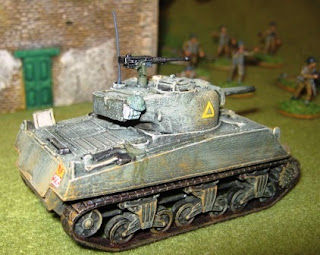 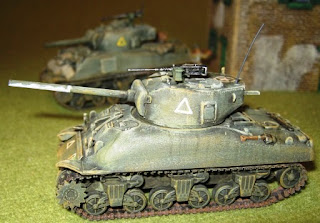 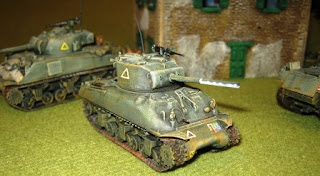 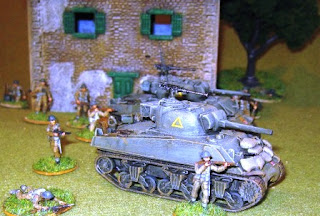