This is a brand new range of 28mm WW2 Japanese from Wartime Miniatures - well, not all of the range, there's lots more to follow, including artillery. I have more underway on my workbench, plus I have done a bunch more Aussie Militia to oppose them.
Enjoy! 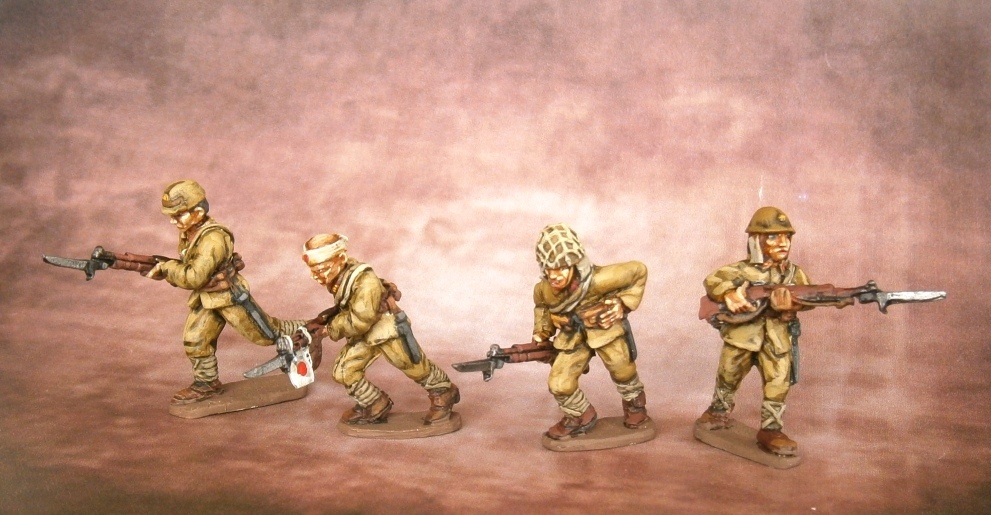 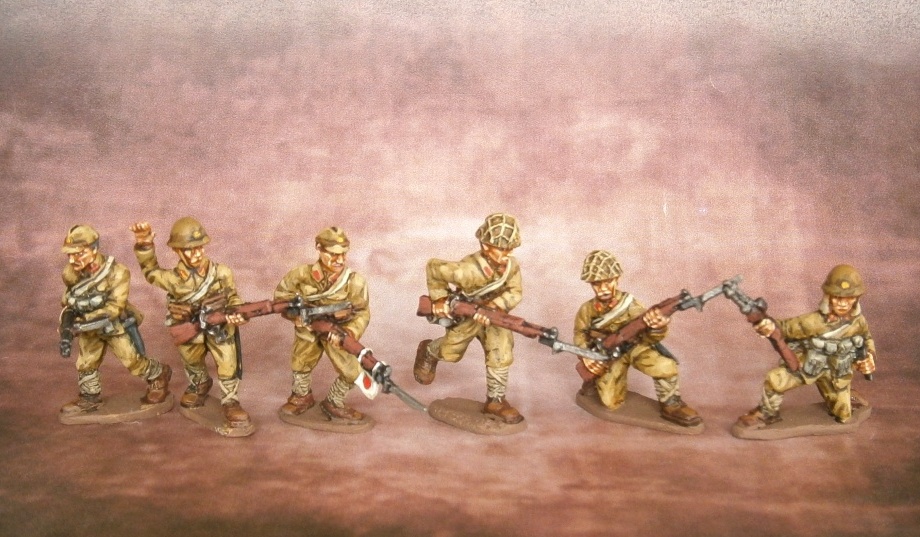 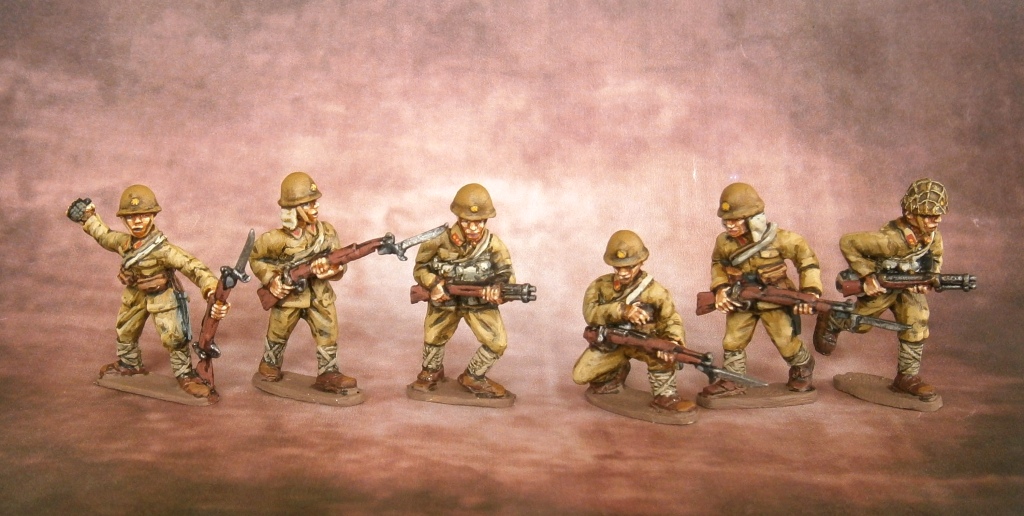 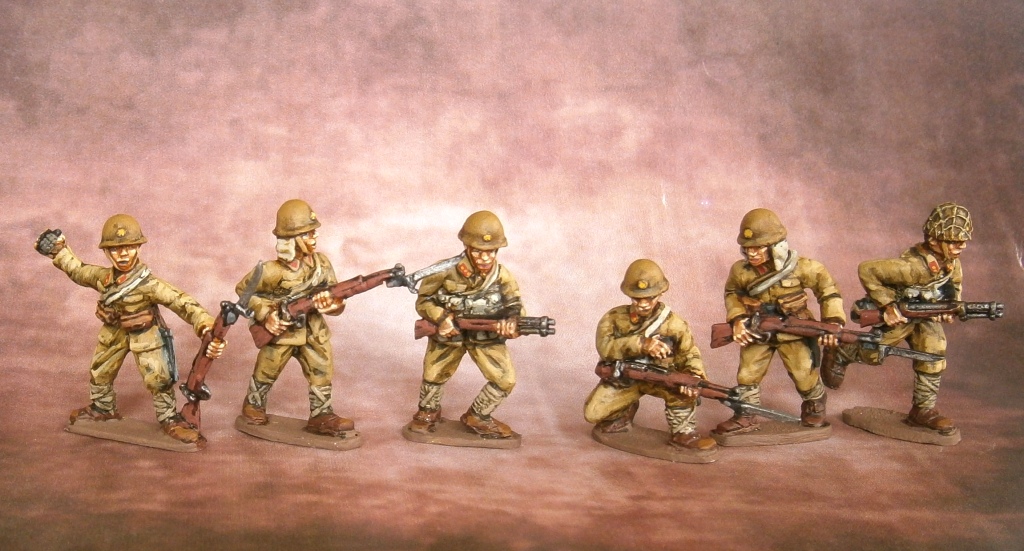 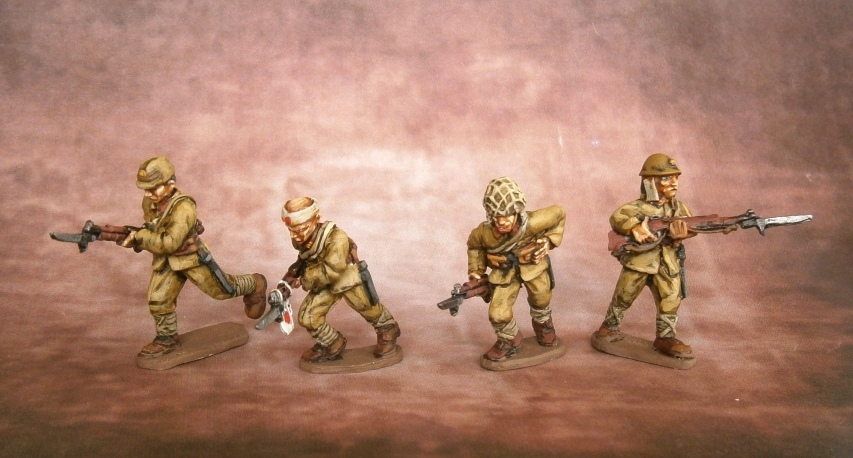 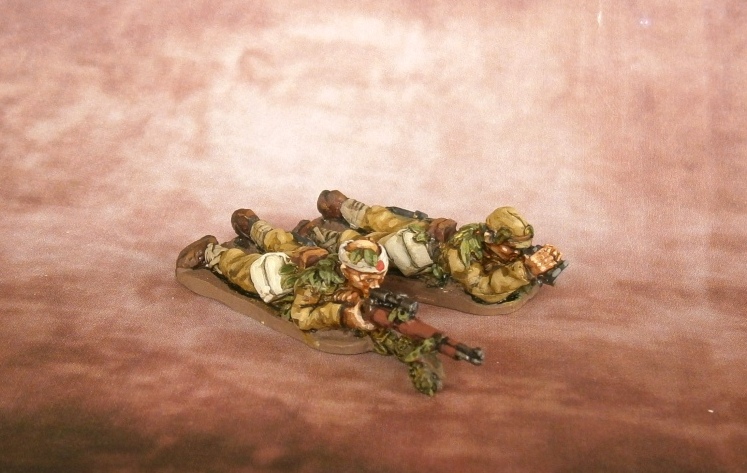 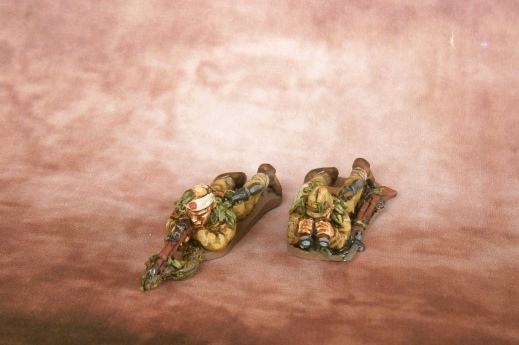 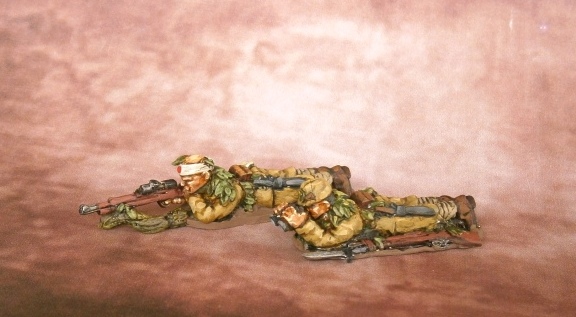 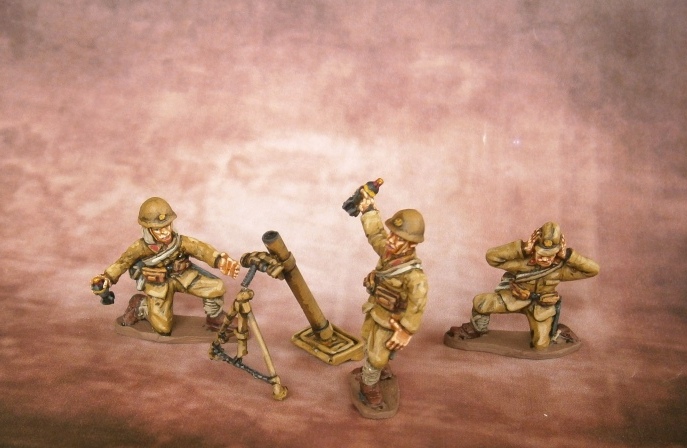 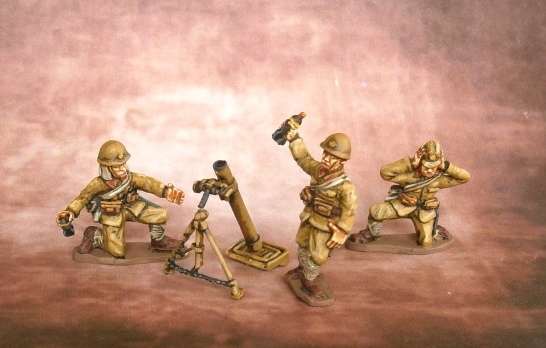 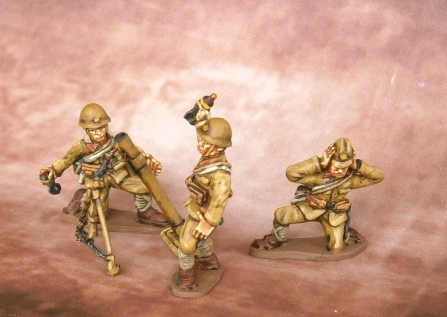 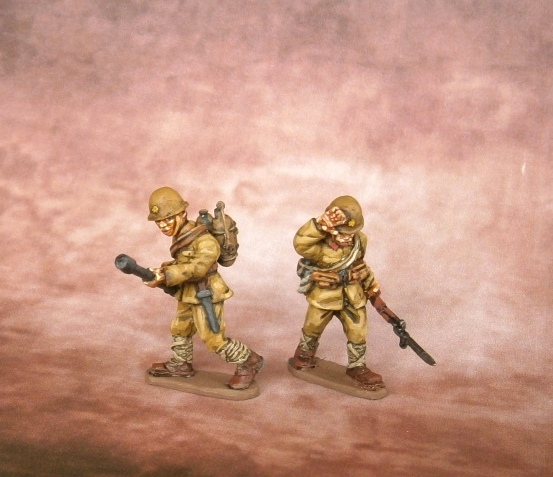 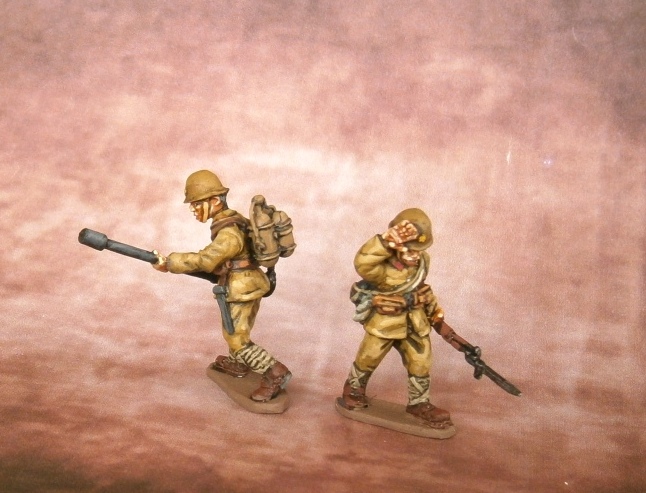 My favourite are the prone sniper team.

All the best,
John.
Posted by Jacksarge Painting at Monday, February 29, 2016 5 comments:

These are the Volkssturm that I have been working on for Mathew from Wartime Miniatures ,(amongst other things). Some appeared in a WIP photo a couple of posts back. I have photographed them against a different background this time - suitably dark and smoky for the final levy. You will notice a real mix of uniforms and equipment, some real thought has gone into the sculpting. 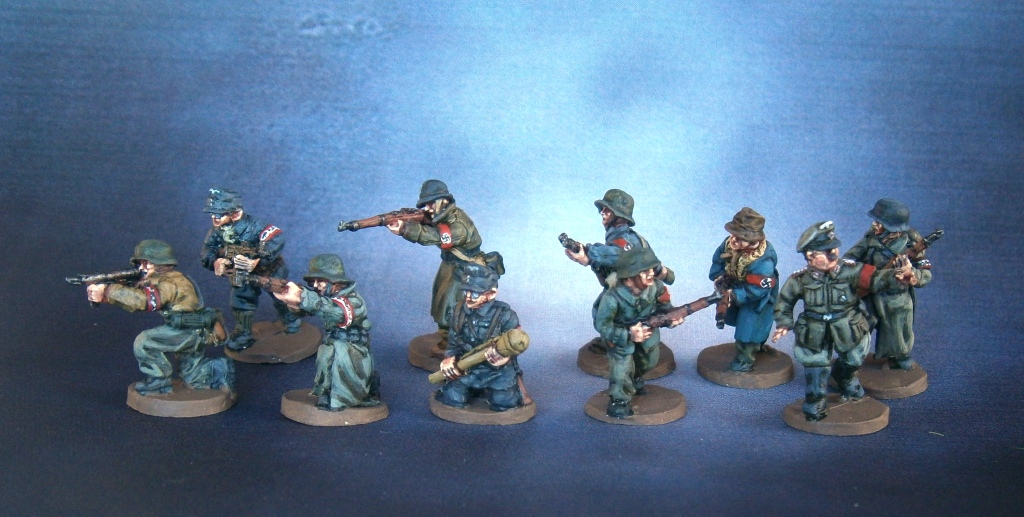 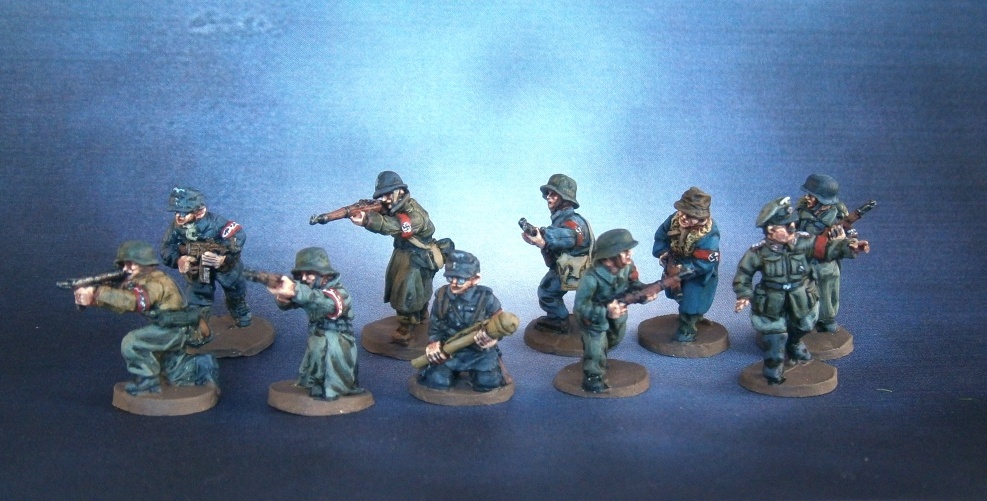 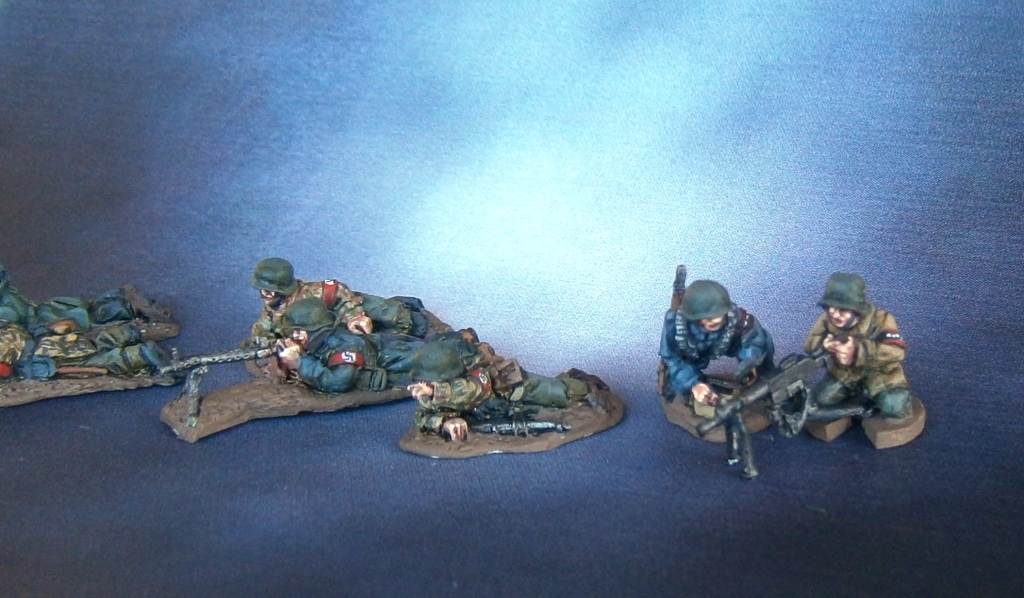 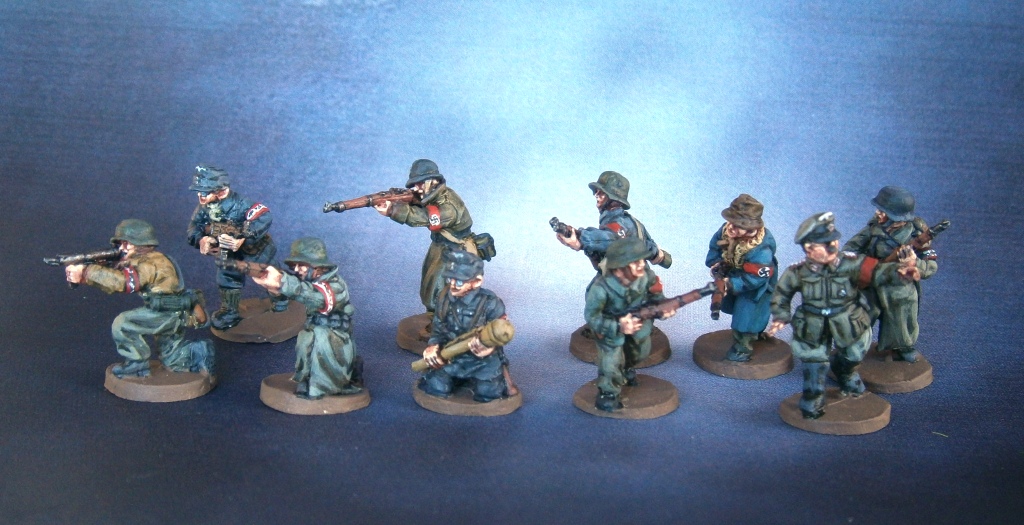 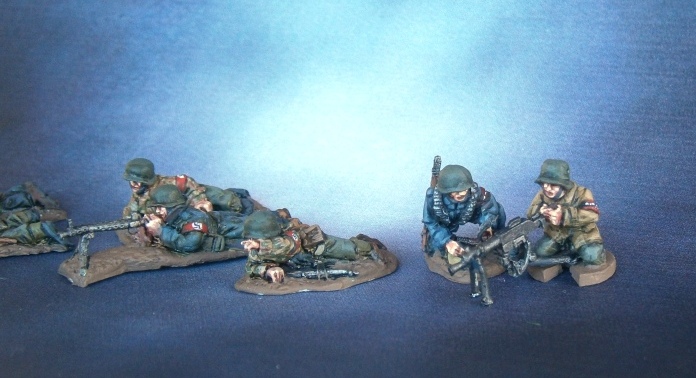 Here's some rather special WIP that only those who have seen "Open All Hours" will get. These figures are for my friend Barrie, I have been trying squeeze some of his projects in with all the other commissions I've been doing, & I managed to get these two done on Saturday last. There are still two more figures to paint in this wee set- Nurse Gladys, and the Breadman. I think they are made by http://www.recreationalconflict.com/. The photos will be redone later as these WIP shots are out of focus a bit. I hope you like them :-) 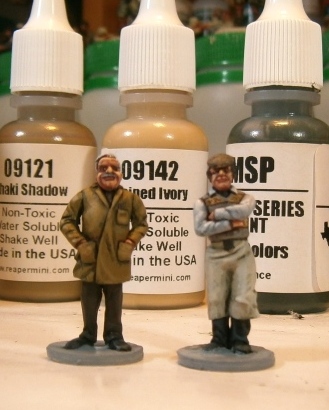 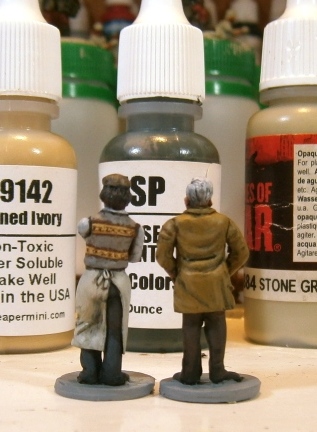 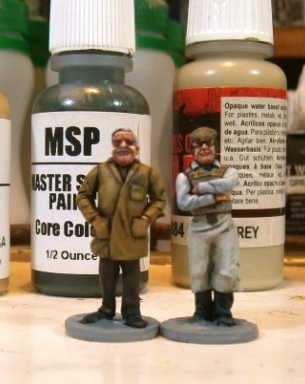 At the moment I'm still flat out with a commission for Wartime Miniatures...more of that anon.

Volkssturm in 20mm...Work in Progress

More work in progress pictures, this time 20mm WW2 German Volkssturm from Wartime Miniatures. The Volkssturm were cobbled together as part of Germany's last ditch efforts to defend the fatherland, and so include an interesting mix of uniforms and equipment.
The figures have been quite a challenge to paint en masse, because of the variety of clothing - they weren't all kitted out in field grey, that's for sure. Quite a lot of civilian items were used and even old helmets from the first war and captured materials.
Here's some pictures of the first batch on the workbench:

I'll take some more pictures when they are all finished.
Painting those tiny swastikas would have been impossible without my headband magnifier!

All the best,
John.
Posted by Jacksarge Painting at Friday, February 19, 2016 18 comments:

G'day all,
here's some pictures from the next big project I'm undertaking. It includes figures from three different nations in two different scales, but all from one manufacturer :-)
These are very much work in progress shots, so are not as tidy as my other photos. The miniatures are from a new range about to be released by Wartime Miniatures, and are 28mm Japanese for WW2. They go really well with their range of 28mm Australians, which I have painted quite a few of - same sculptor by the looks of 'em. I won't be doing the basing for these, Mathew from Wartime will sort that out. I plan to do better pictures later, so please don't be put off by the messy workbench :) 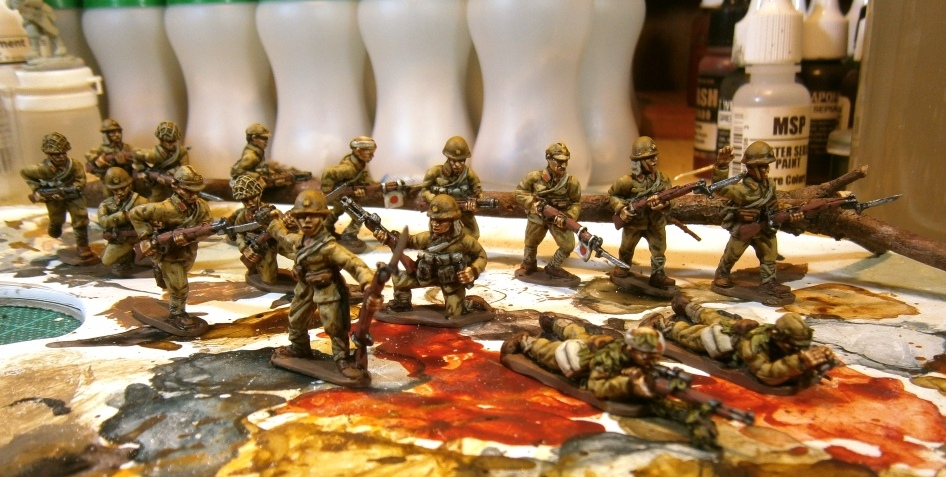 I'm finding 28mm easier to paint than 20mm at the moment. I'm doing a bunch of 20mm for this project too, and they seem to be taking me as long as the 28's - plus I have to wear my headband magnifier a lot of the time. Ah well.

I hope you like the look of the Japanese. I'm happy to answer questions about what colours I used.

All the best,
John.
Posted by Jacksarge Painting at Thursday, February 18, 2016 4 comments:

This is my last installment of Dad's Army pictures from the recent project I completed. Finally, the main characters of the Walmington on Sea Home Guard make their appearance : 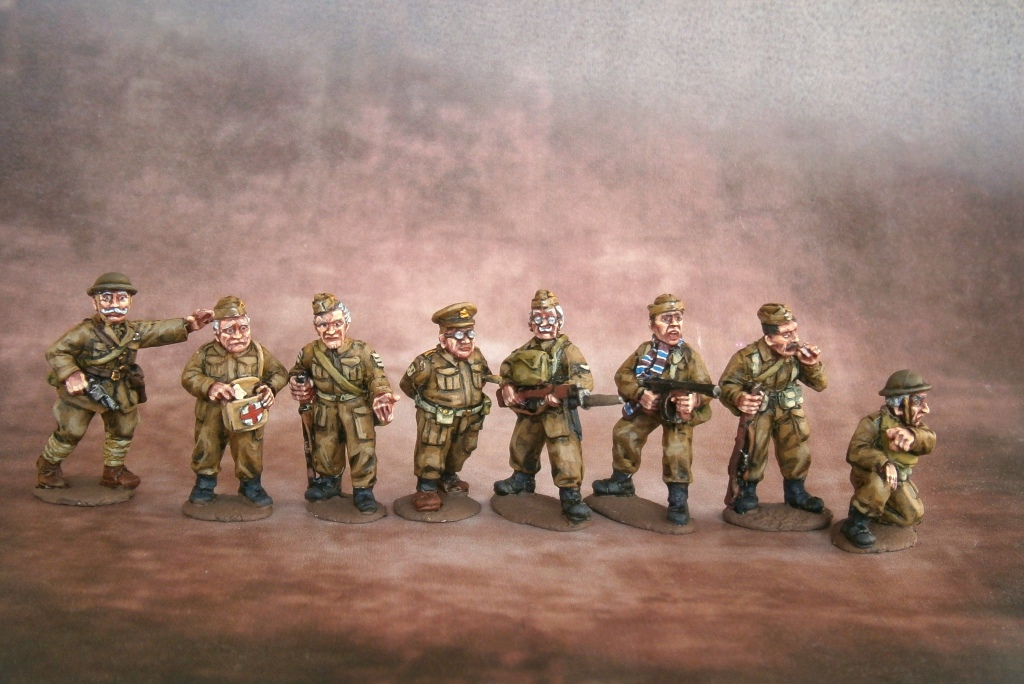 I hope people have enjoyed the pictures and the WIP stuff. If anyone has any questions feel free to "fire away".

I suspect my next post will also be WW2 related, but not British.

All the best,
John.
Posted by Jacksarge Painting at Wednesday, February 17, 2016 8 comments:

These are downed German aircrew that I painted as part of the recent Dad's Army project: 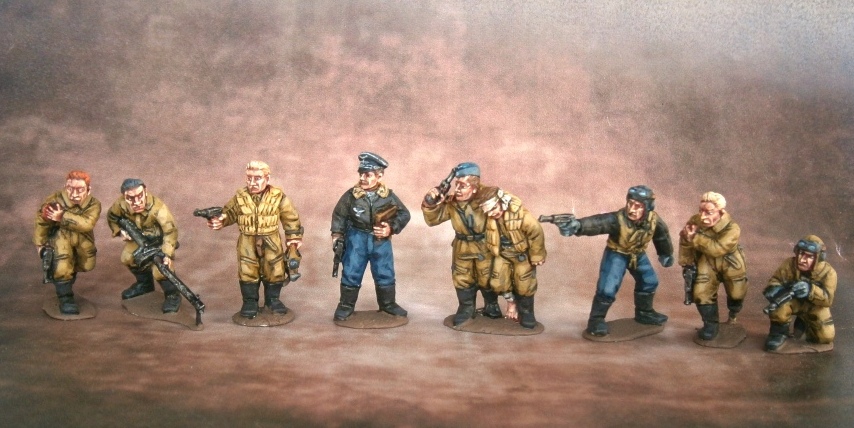 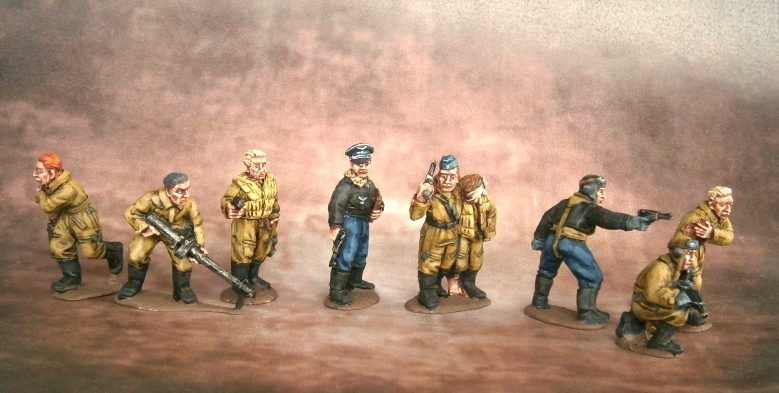 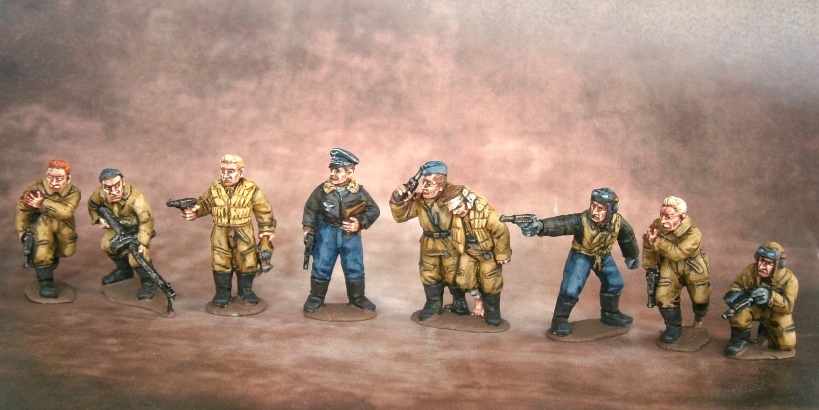 They were fun to paint, & I hope you guys like them.

"On yer bike mate"...Home Guard on the move 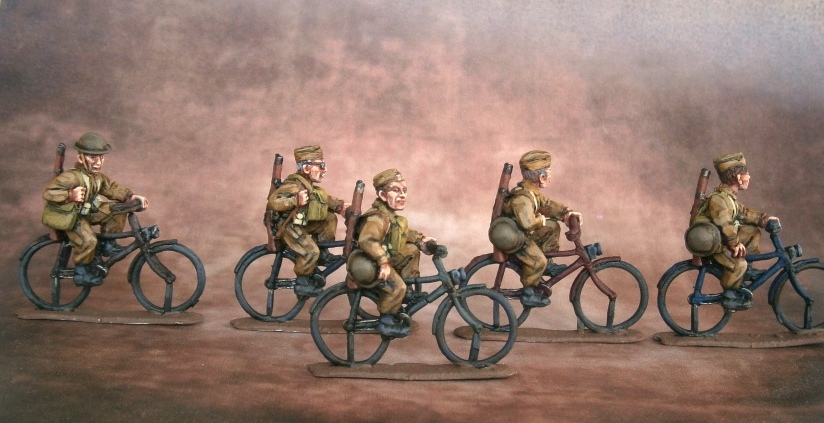