Baldrick: I have... a plan, sir.
Blackadder: Really, Baldrick? A cunning and subtle one?
Baldrick: Yes, sir.
Blackadder: As cunning as a fox who's just been appointed Professor of Cunning at Oxford University?
Baldrick: Yes, sir.
Today some figures I painted recently for a customer that are very Blackadder in style without having the official stamp of approval from the BBC. The miniatures are some quite chunky, almost cartoony offerings from Scarab Miniatures here. They were great fun to paint - Baldrick is particularly recognisable :-) 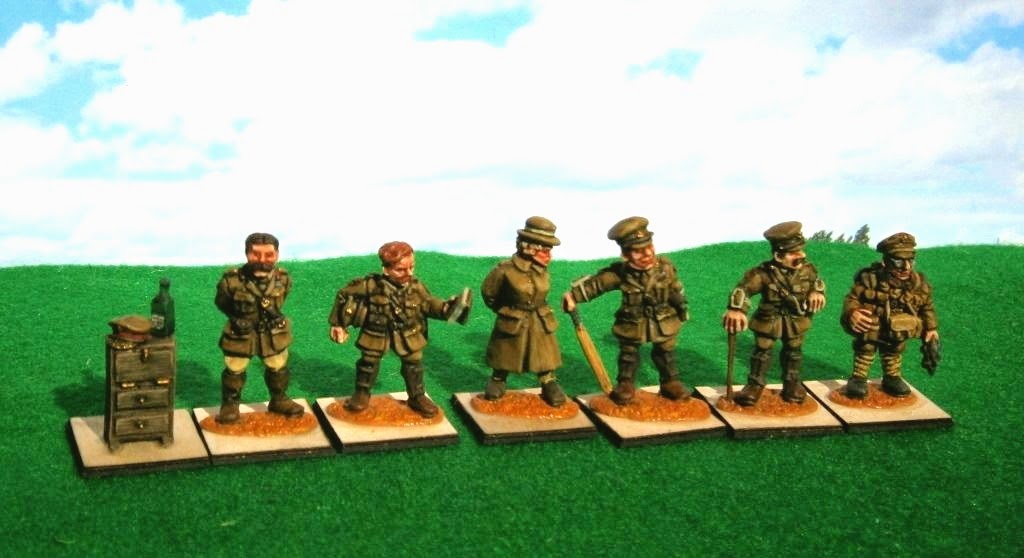 Today some Empress Modern Australians in 28mm. These are part of the commission which included these. Unlike the Skirmish Sangin miniatures, the Empress figures do not include the ubiquitous eye protection worn by troops on deployment in Afghanistan. The Empress figures are very nicely proportioned and sculpted just like the Skirmish Sangin Aussies. The SAS sniper pair are actually part of the British range from Empress, but work just as well for Aussies. I think my favourites from this lot were the SAS snipers and the bloke with the Javelin anti armour weapon. 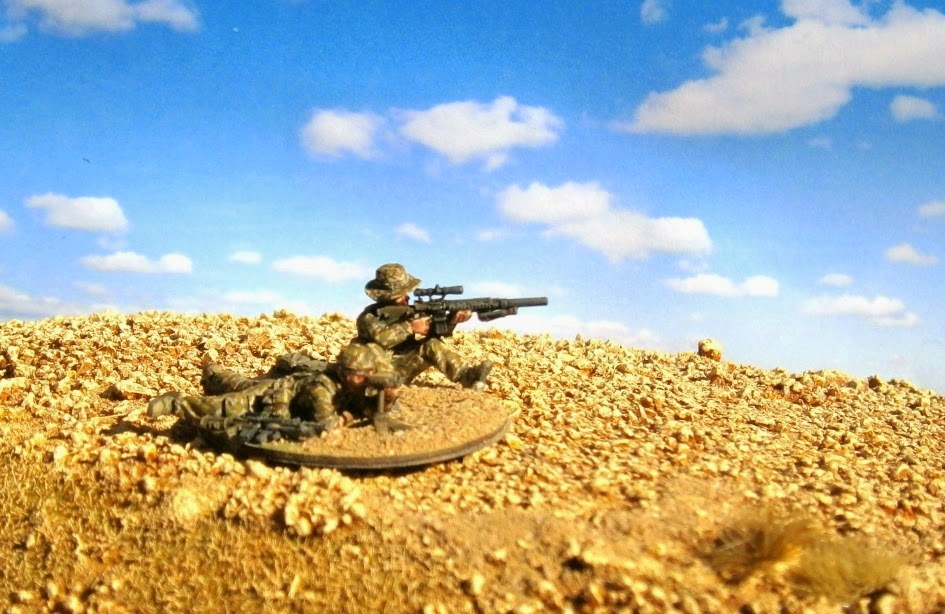 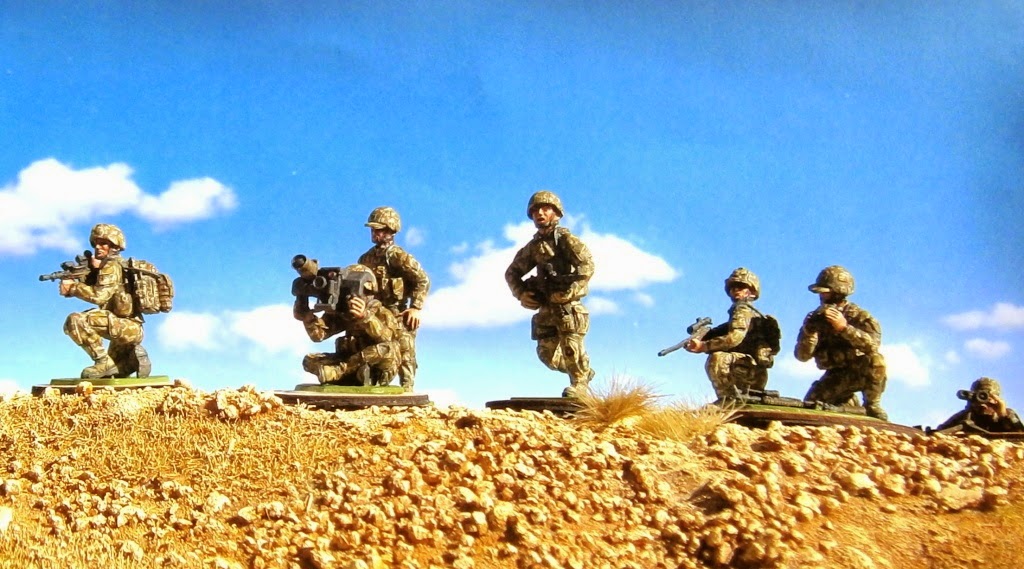 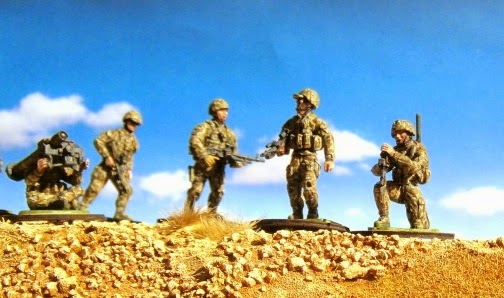 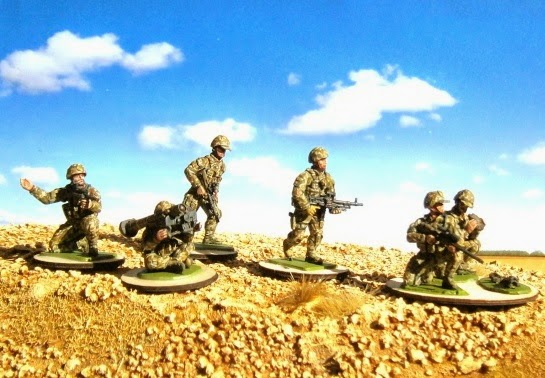 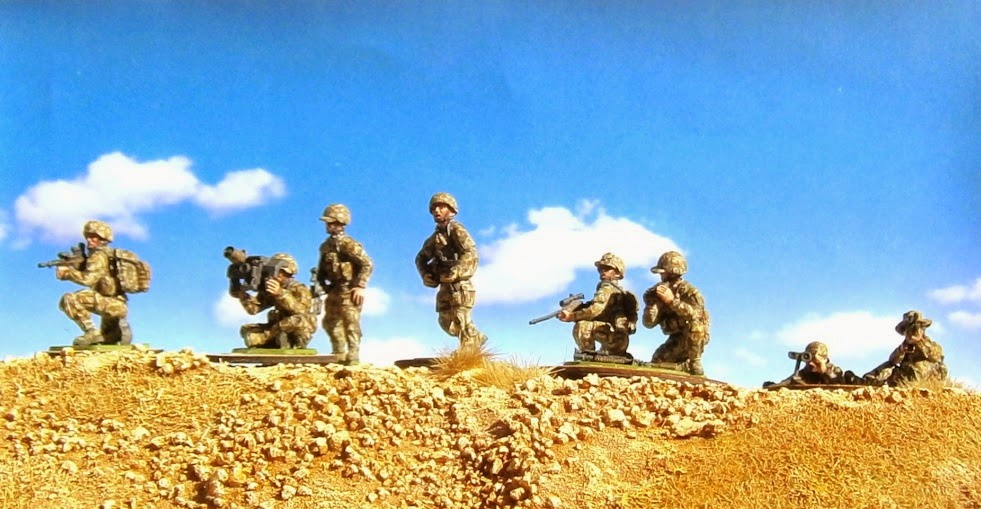 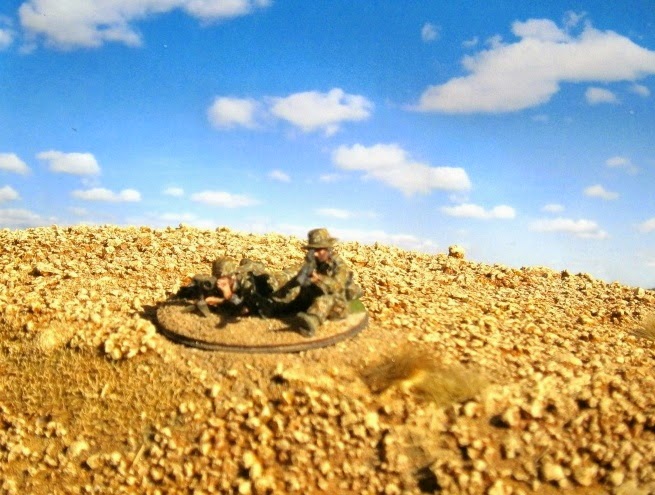 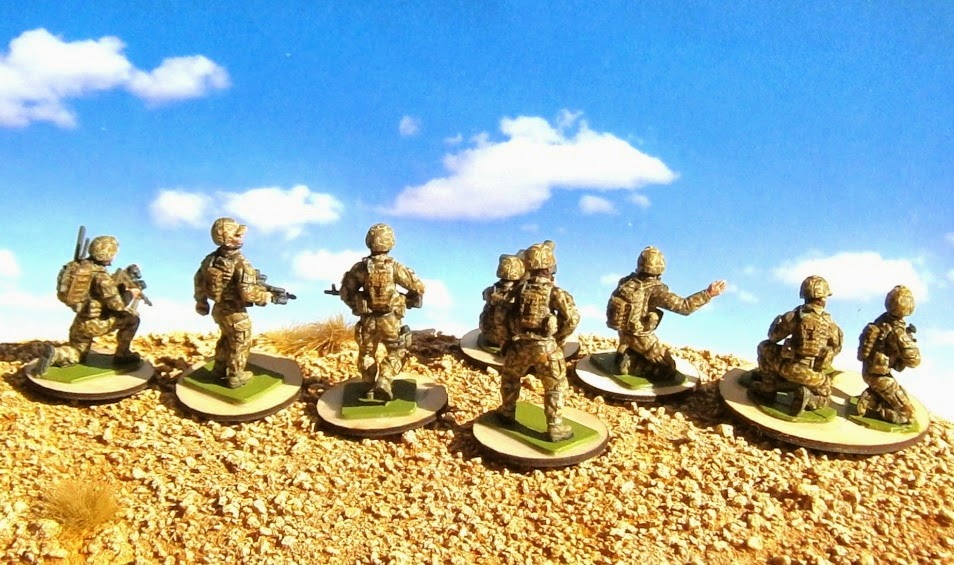 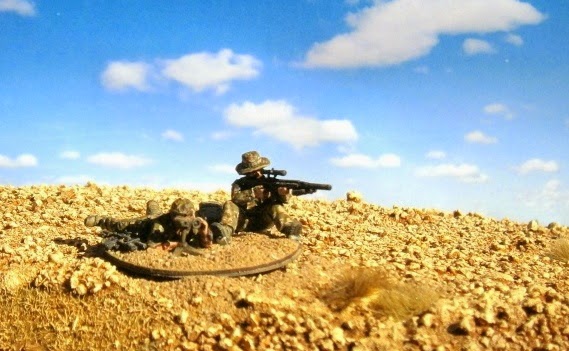 This is a 1/56 model from Company B. I painted this as part of a commission- it goes with all the LRDG stuff I did (see previous posts). 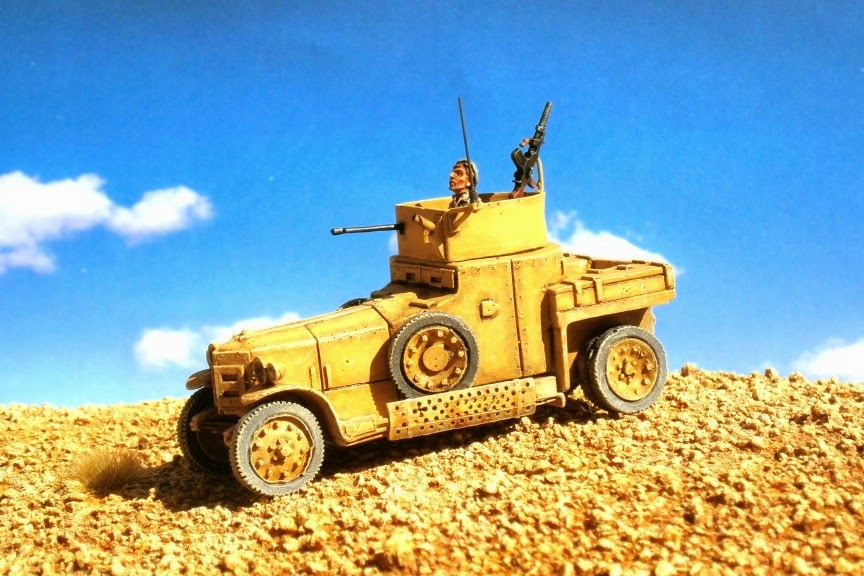 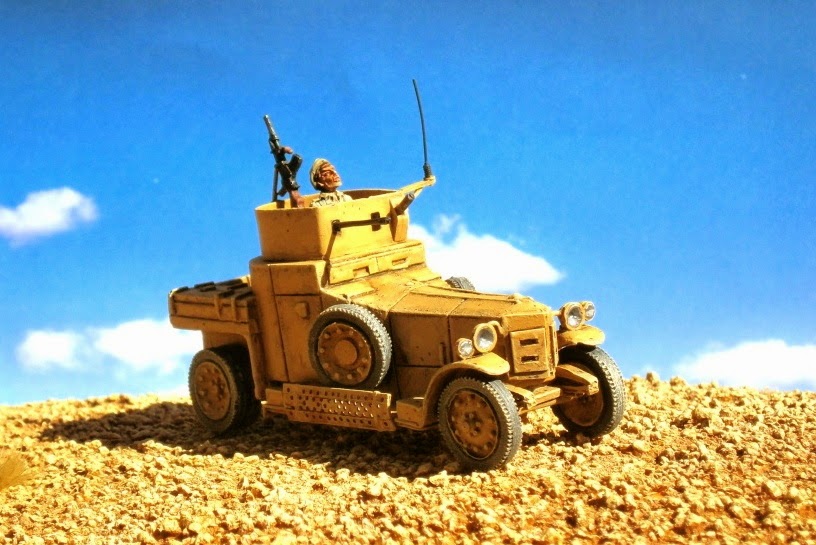 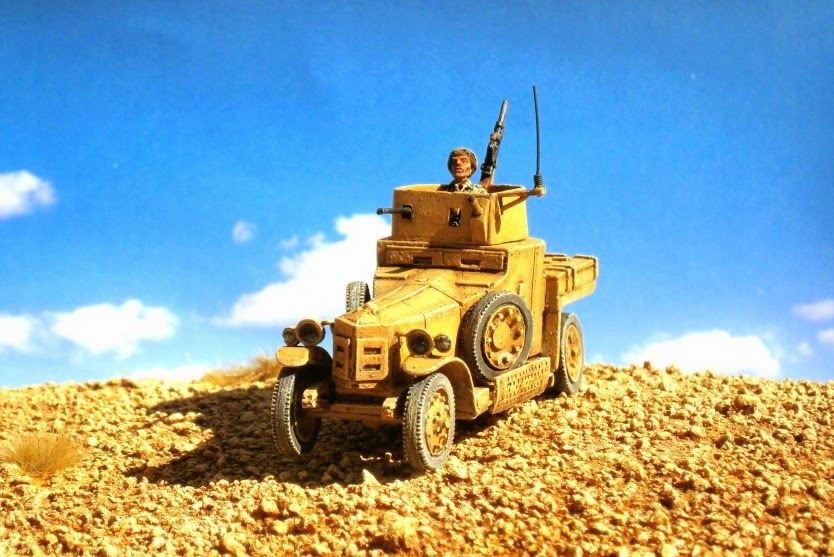 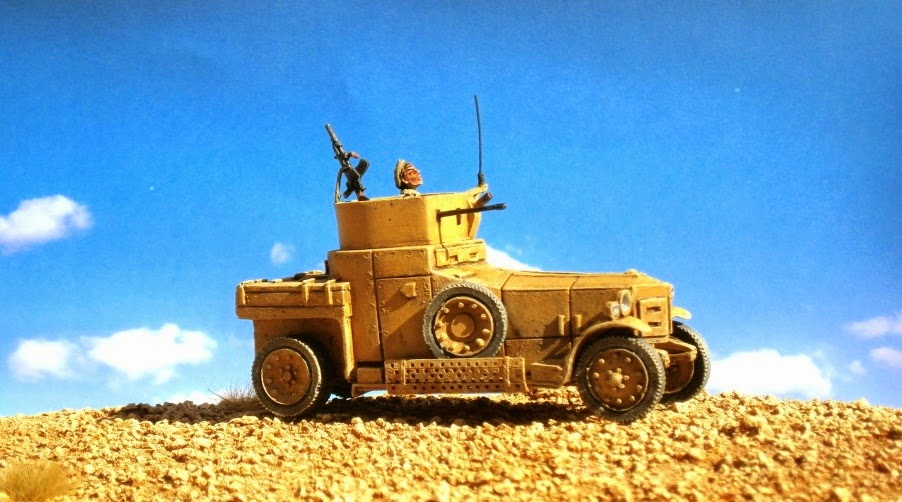 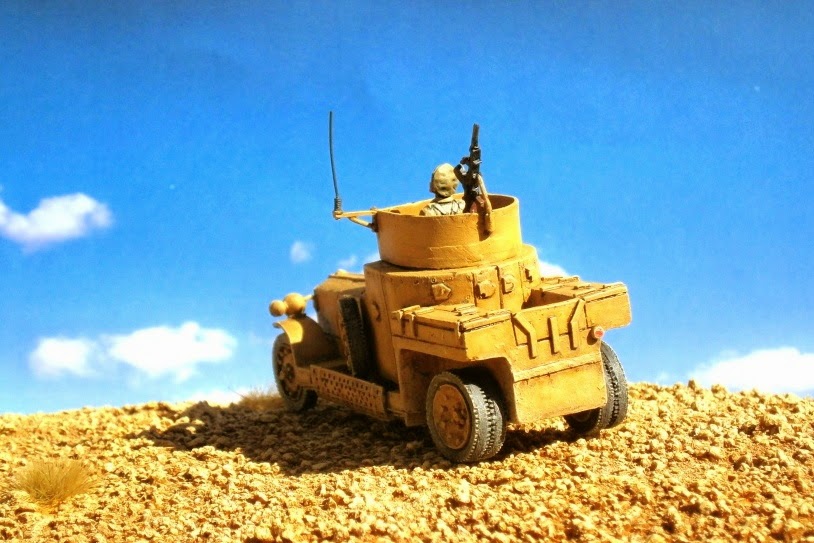 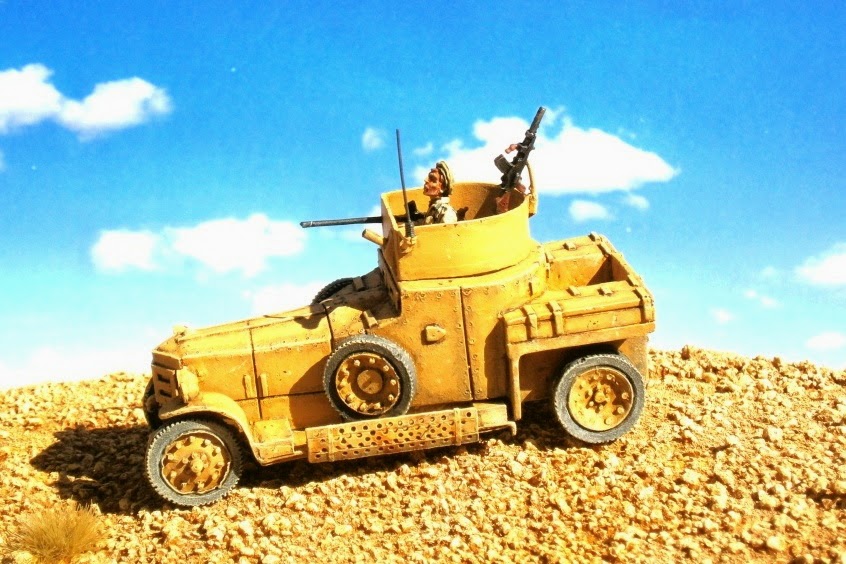 I painted a couple of 1/56 scale Humvees to go with the Bushmasters, as part of a commission. I have sought to keep the same sort of camo pattern on the Humvees & Bushmasters. These are from Company B. 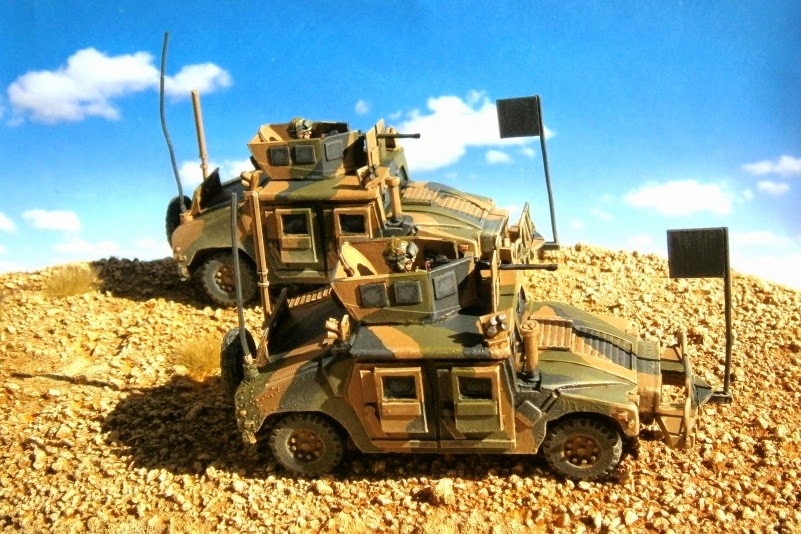 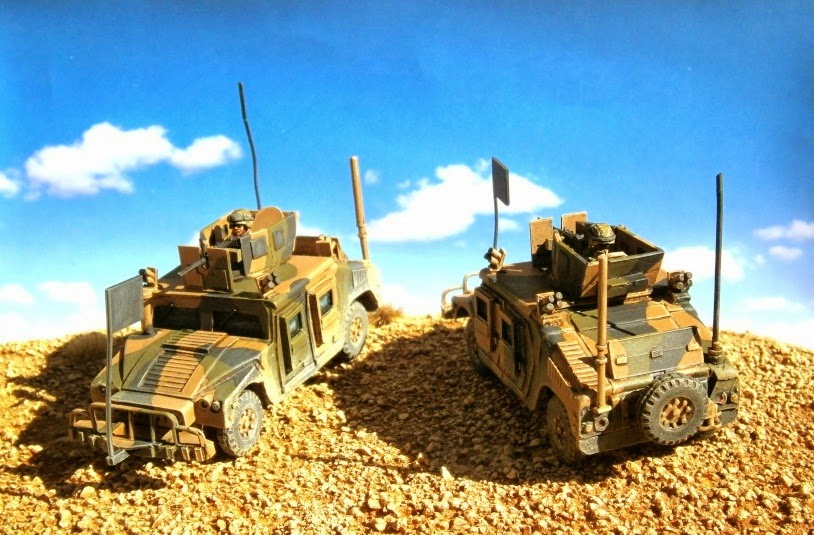 Hi everyone, it's been a while since I posted - mainly because I haven't taken any photos for some time. Hoping to remedy that today. This post is of the completed 1/56 (28mm) resin/metal Bushmasters, as used by the Australian armed forces.
These are part of my commission work. 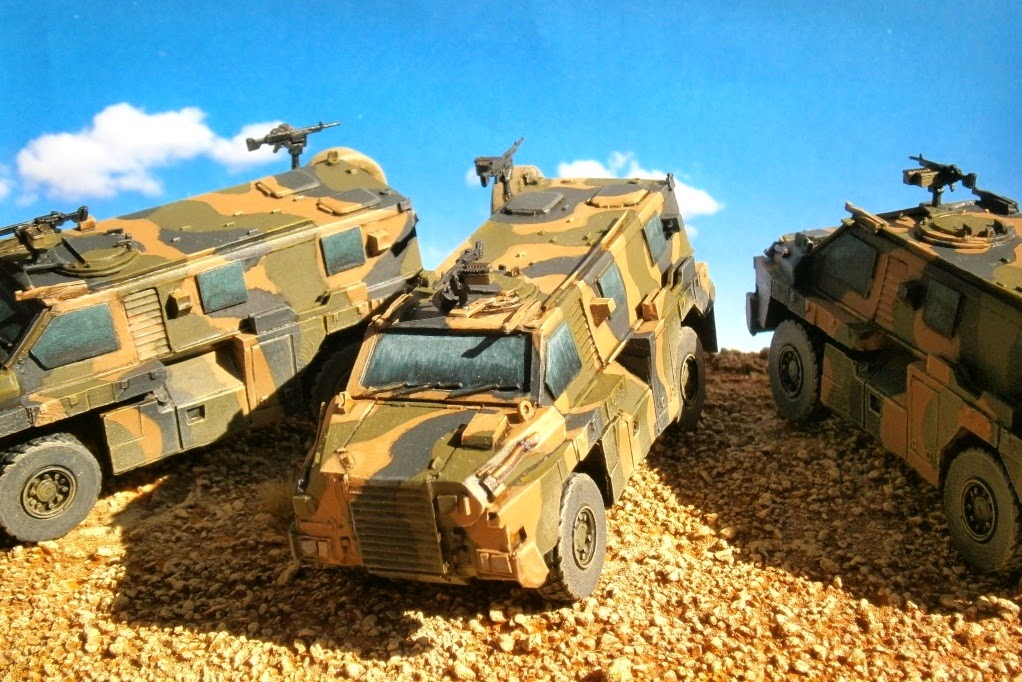 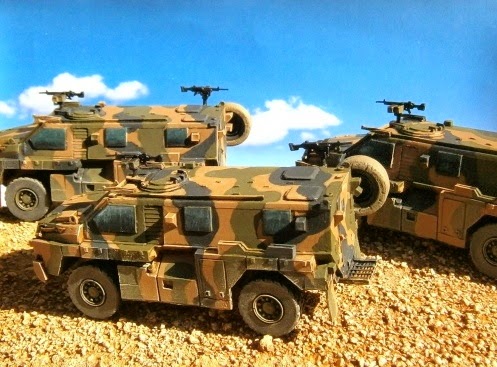 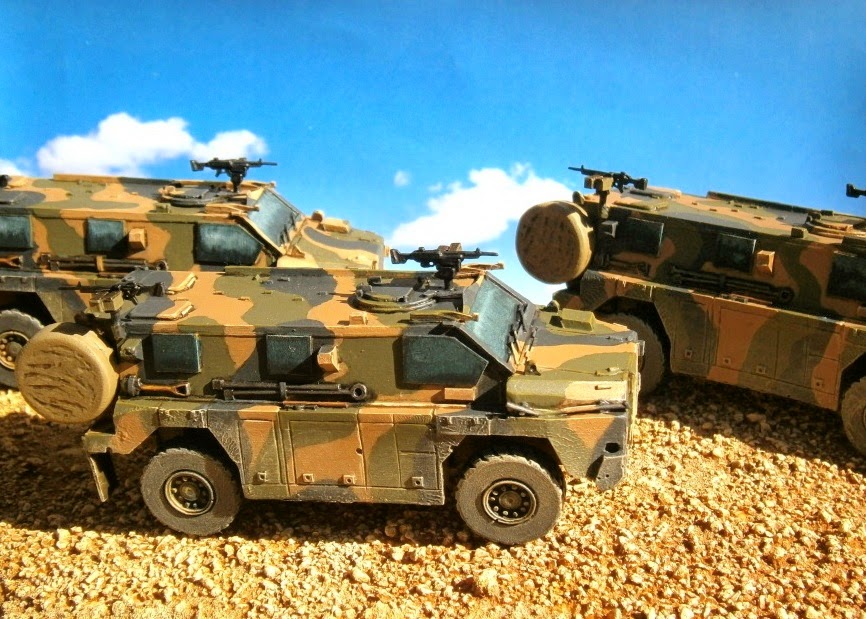