I've been doing some recent commission work for Mathew at Wartime Miniatures, and thought I would share some pictures.
The photos of the finished figures aren't as fancy as I would normally take, just some pics from the work table.
Some of the figures were a new experience for me, I'm not used to painting anything past WW2, and on this occasion there were figures for Vietnam War, Modern day Russians, as well as Ardennes Fallschirmjagers. 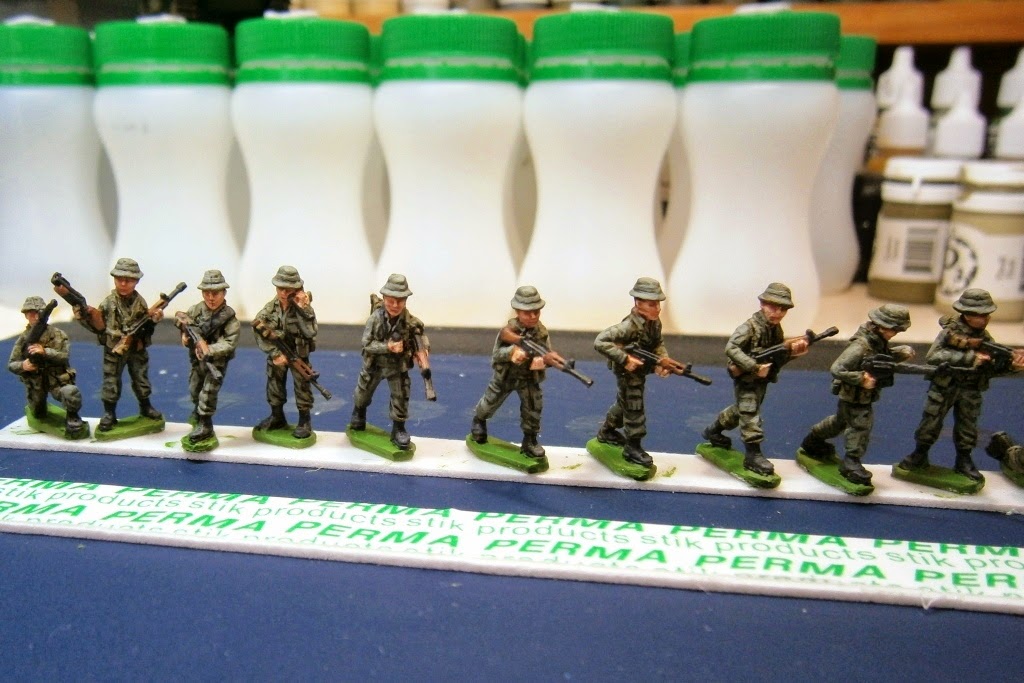 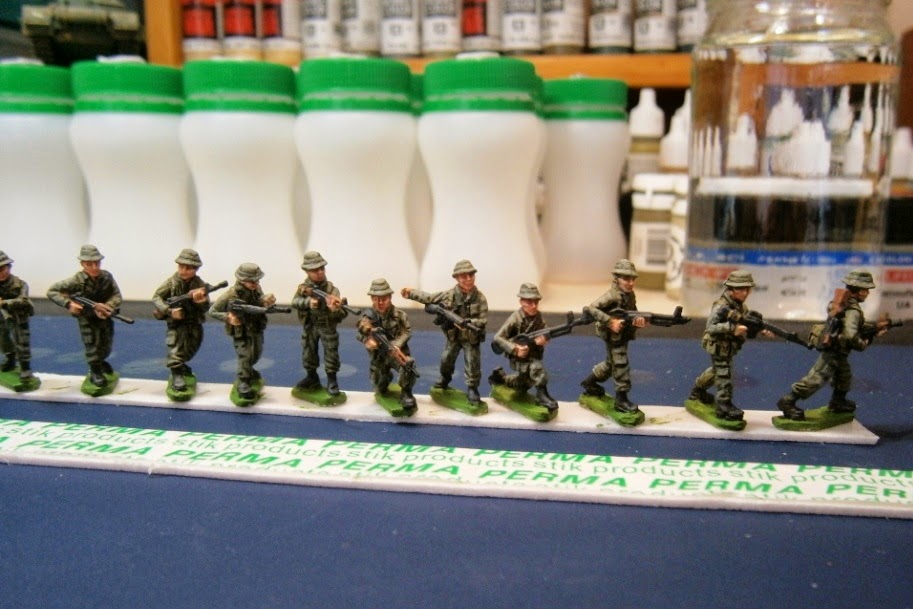 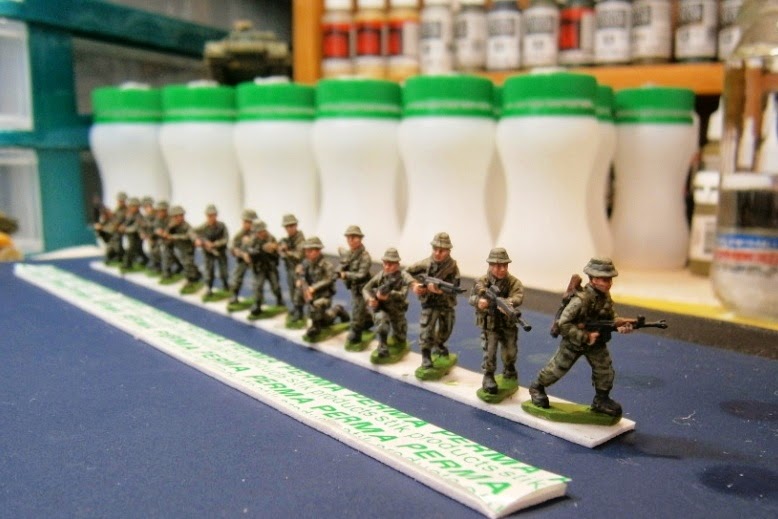 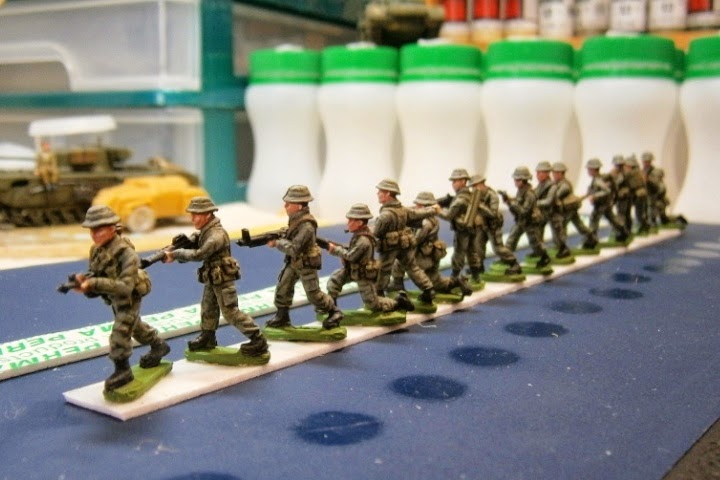 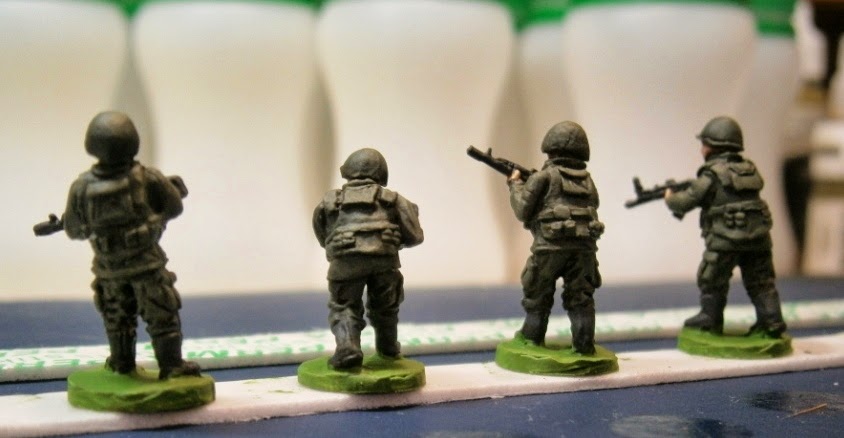 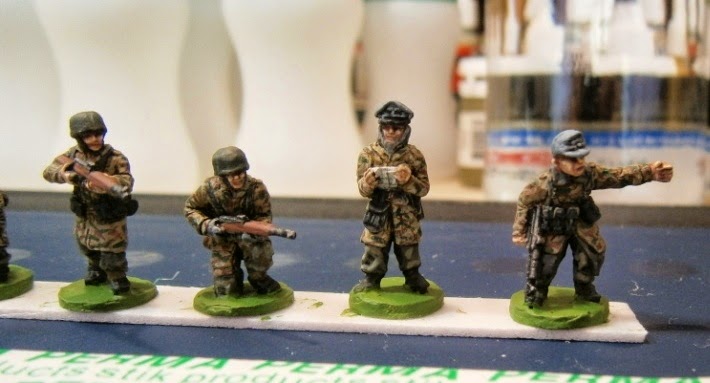