Muddlers at Arms have a game...

A rare game was had by the Muddlers at Arms - My friend James invited me over for a wargame at his place. We decided on Battlegroup Overlord as James had some units that he was keen to give an outing. We are both a pair of 40 something muddlers who are not exactly quick with working our way through rules mechanics, so we concluded that as long as we had fun and a laugh we'd be happy.
I hadn't played Battlegroup since Dennis came across from Launceston for a game at my place, many months ago.
It should be no surprise therefore that we didn't actually get to finish the game even though we muddled for hours- which included a leisurely lunch break. After several cups of tea, slices of ersatz spam, some old toby, and munching on jubes, we had each drawn four chits, or was it five? Anyway I got the bad end of the chit stick and drew five more points than James - we were still a long way from reaching our battle rating break points, but we had run out of puff and could play no further.
We both took a few photos, unfortunately without a tripod I took a lot of blurry ones. James took some photos which he may stick up on his blog in time. After a while I stopped taking photos, I was too flummoxed by my dodgy dice rolls to give much thought to it. We both blew some stuff up - James had a freakish mortar bombardment go way off his intended target and happen to cause direct hits on my carrier and 2" mortar team - bye bye. He had this other freaky dice roll where he managed to roll two ones and immobilise a Churchill, my Churchill gunner returned the favour and blew him up. I managed to pin a few things, sometimes on multiple occasions, but my battery of 4.2" mortars performed poorly, even with a handy pre-registered target.
Here's a few pics for your perusal, I had the British & James had Germans: 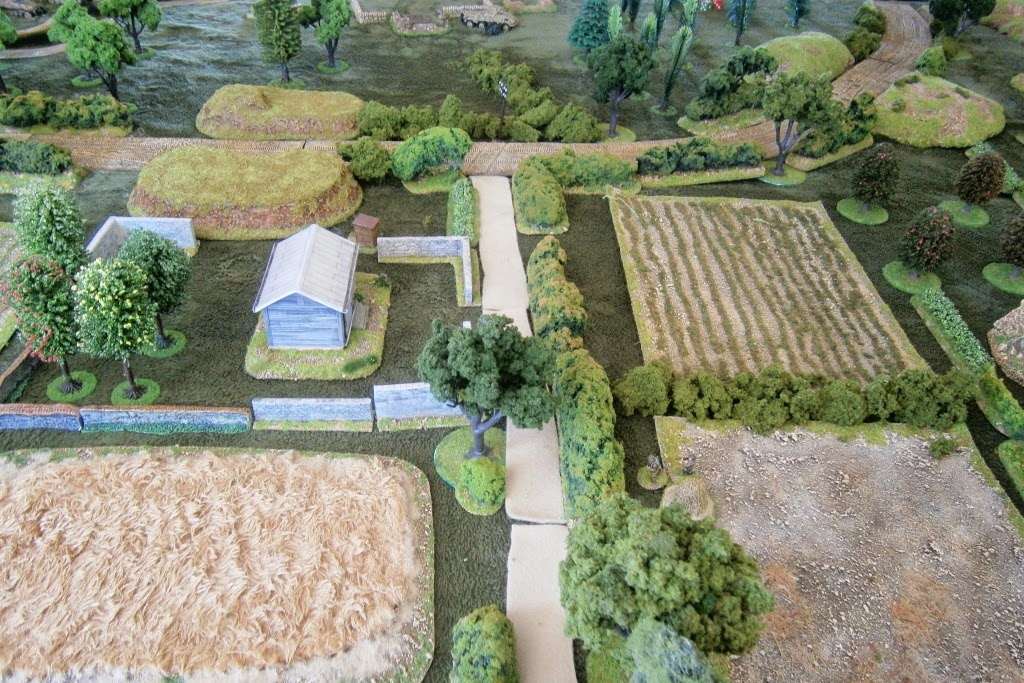 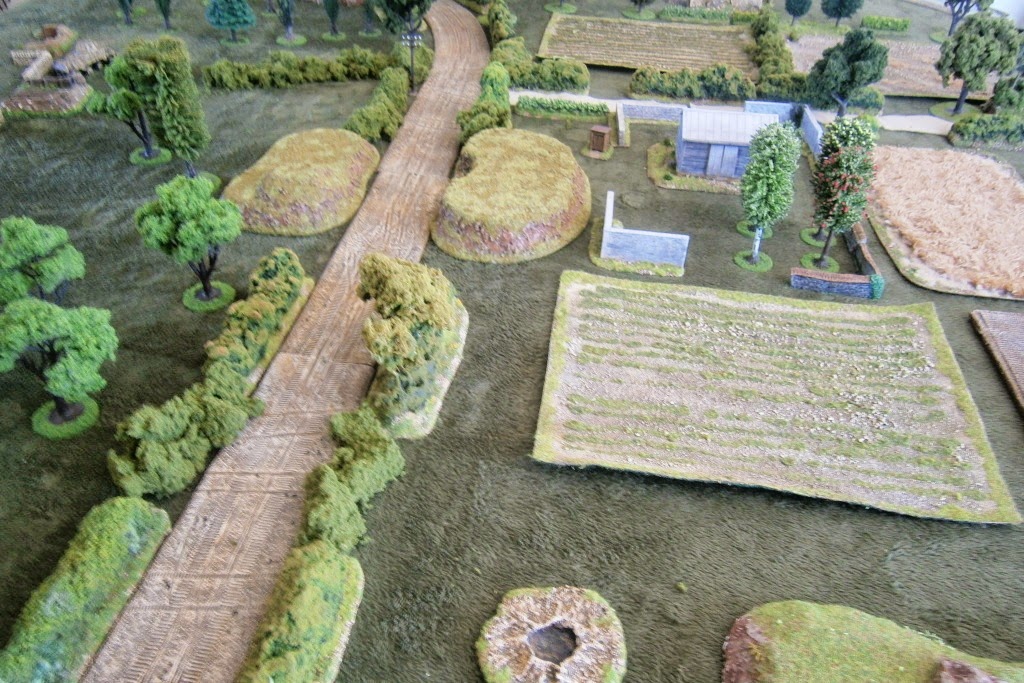 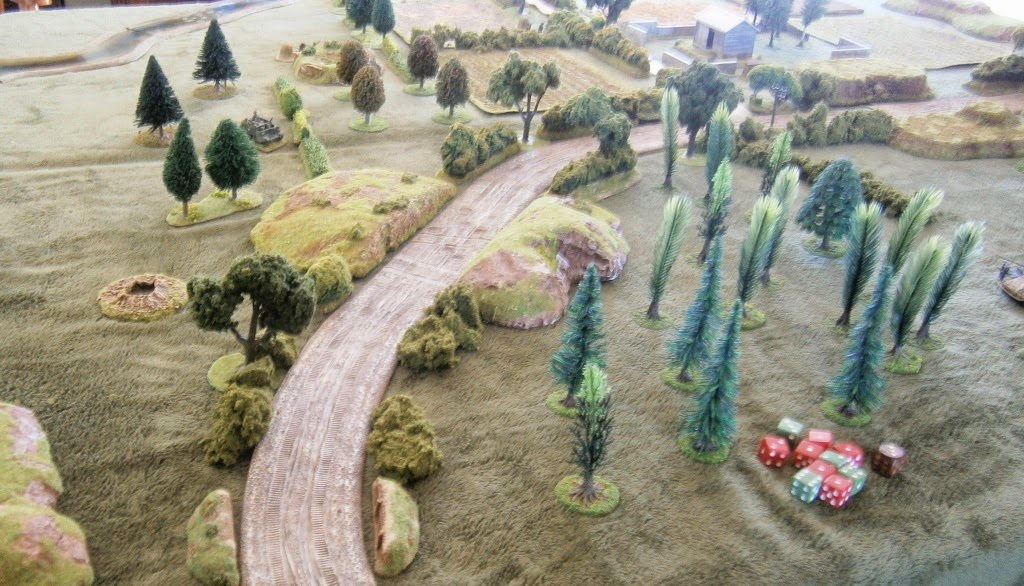 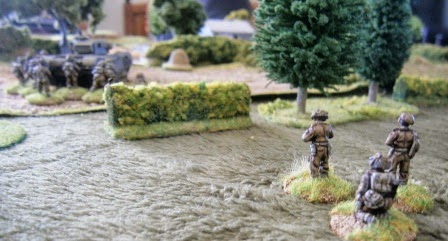 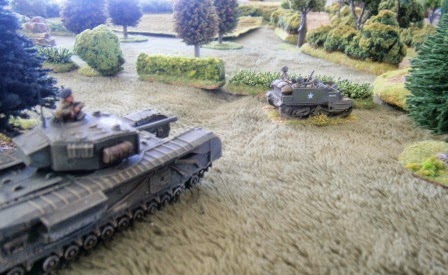 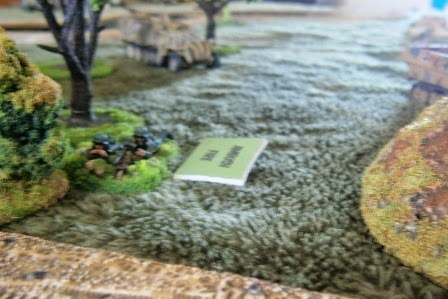 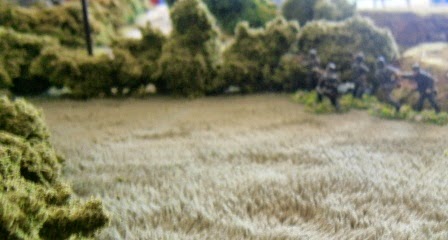 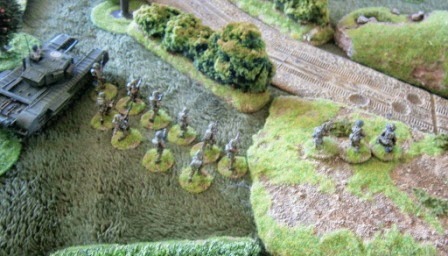 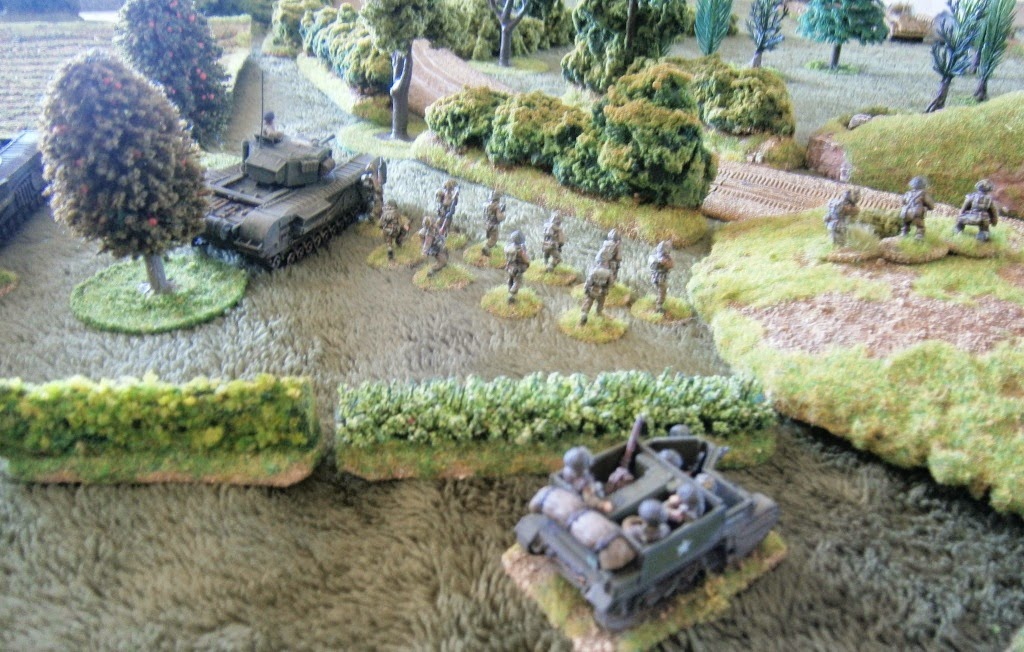 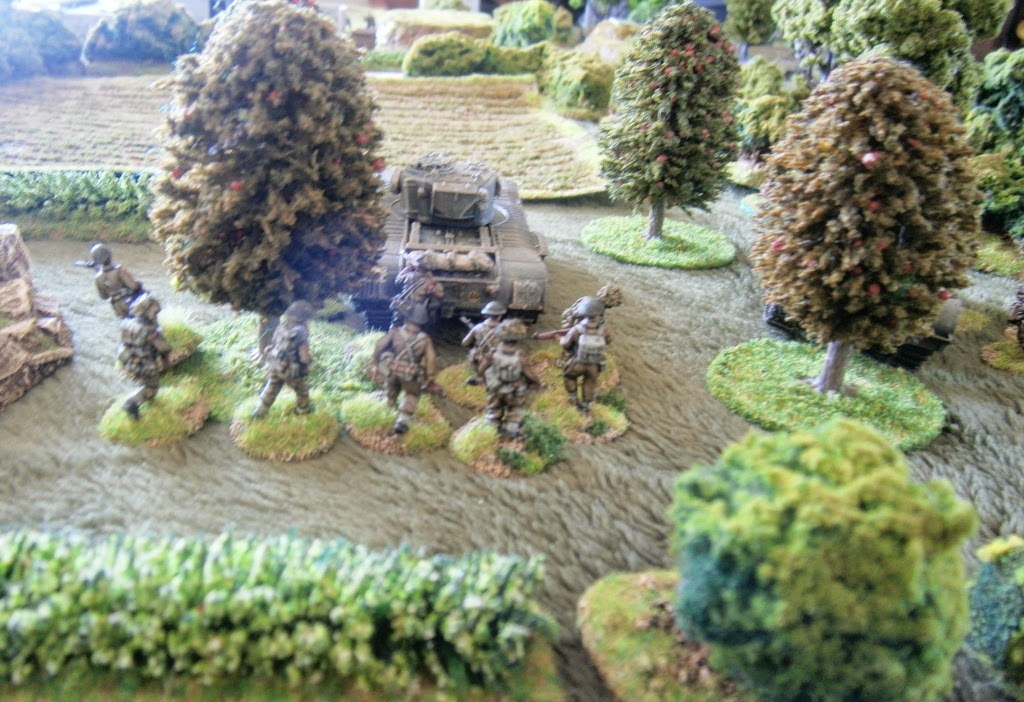 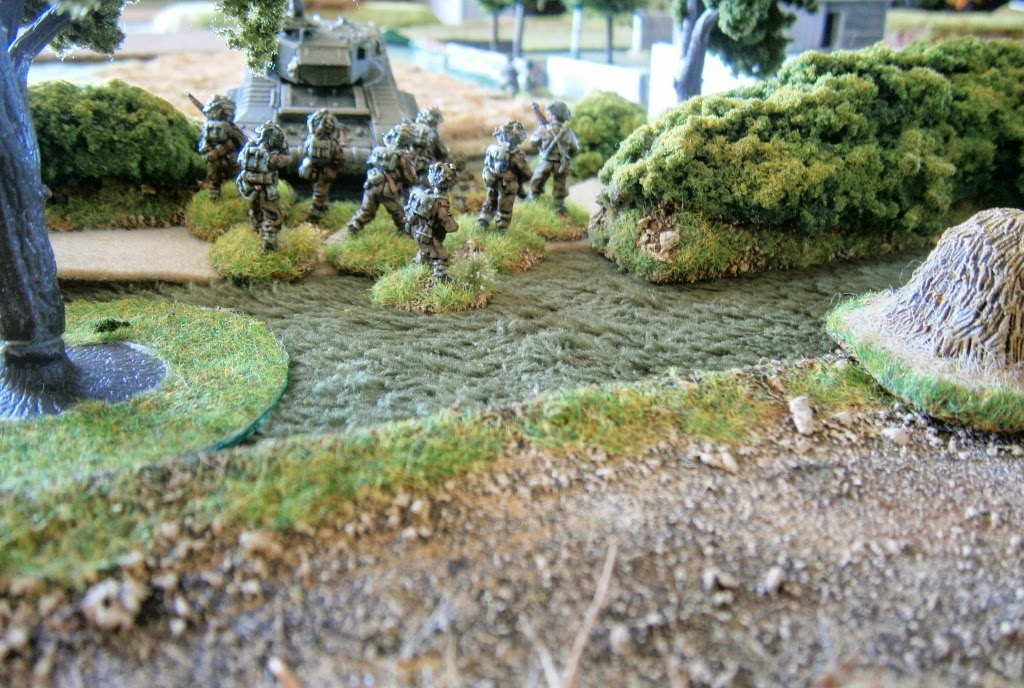 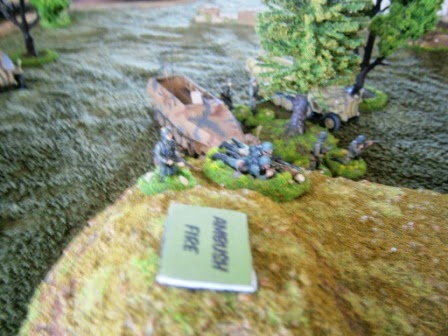