First up a Dwarf with raven & gem topped staff - this is a metal miniature from North Star's Oathmark range: 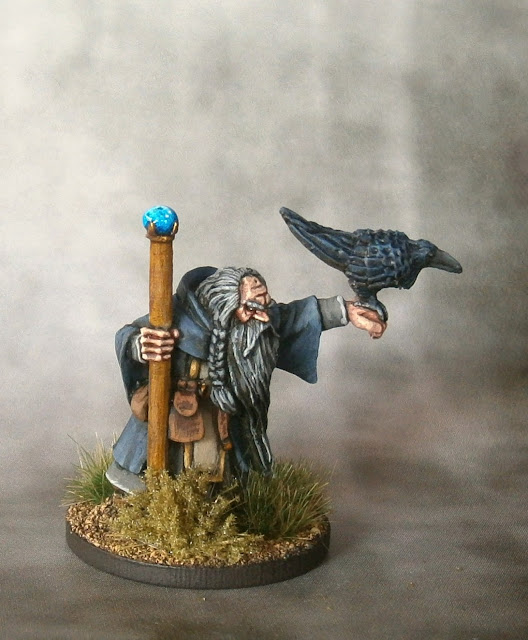 Next a Dwarven king from North Star's Oathmark range: 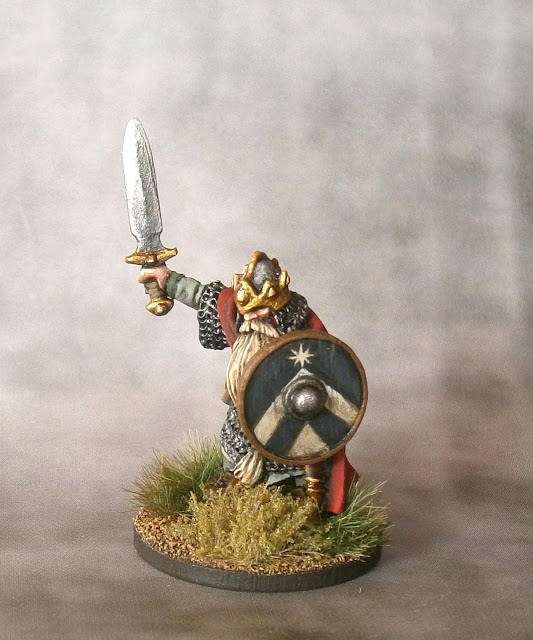 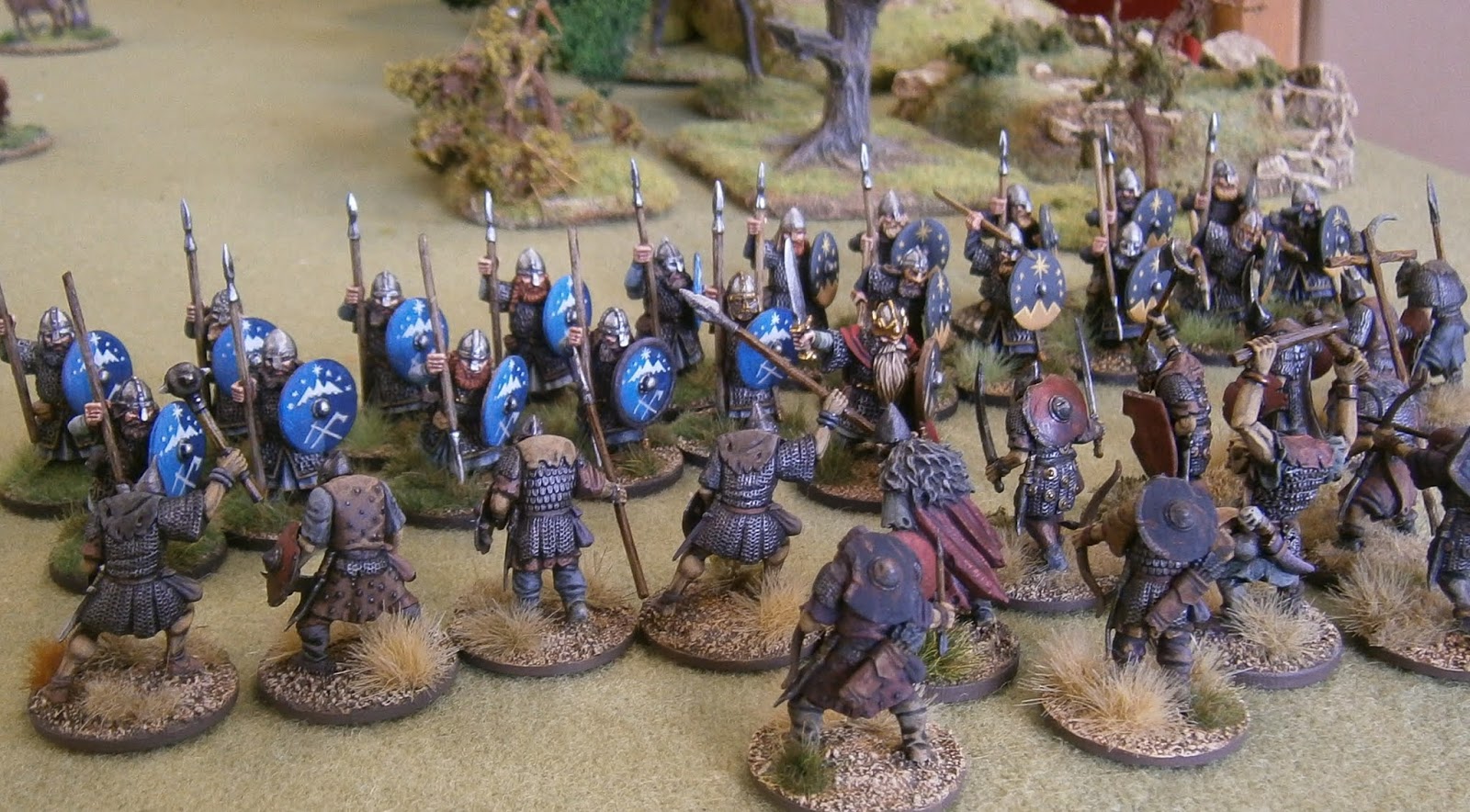 Amidst the plastic goblins are a couple of the Oathmark metal goblin command figures: 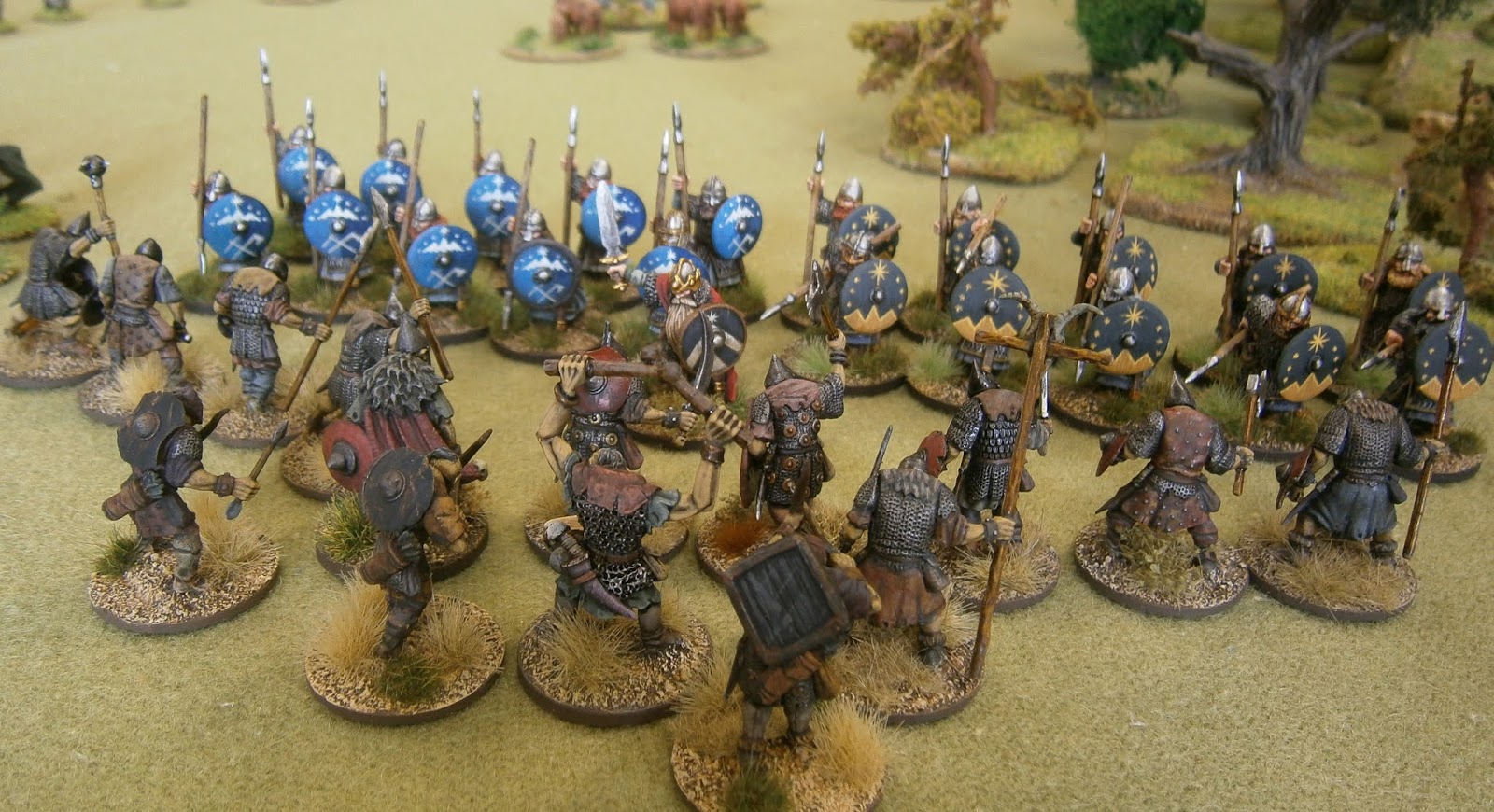 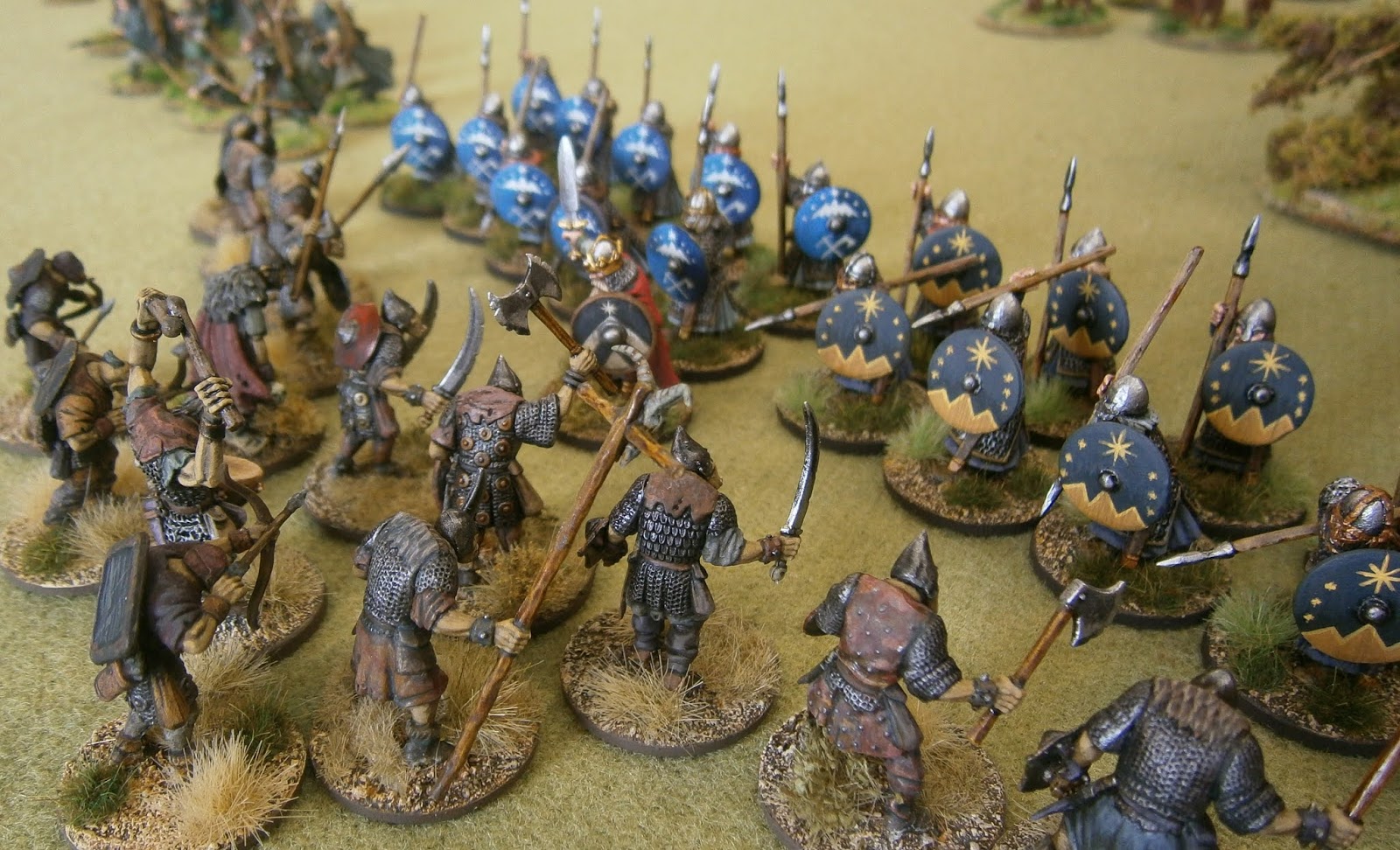 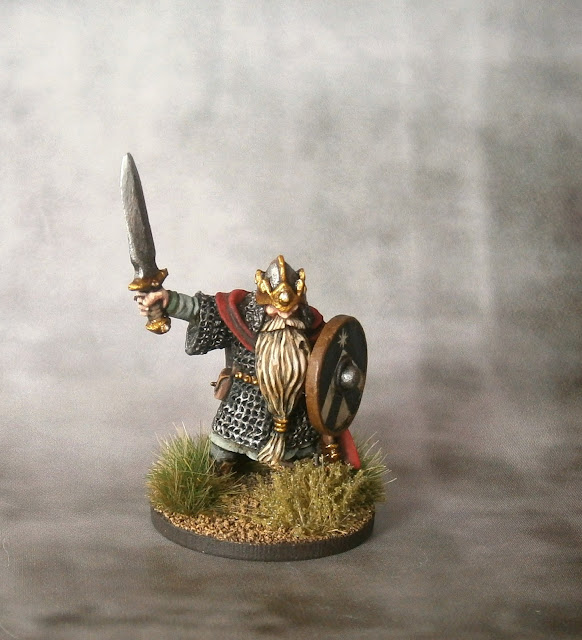 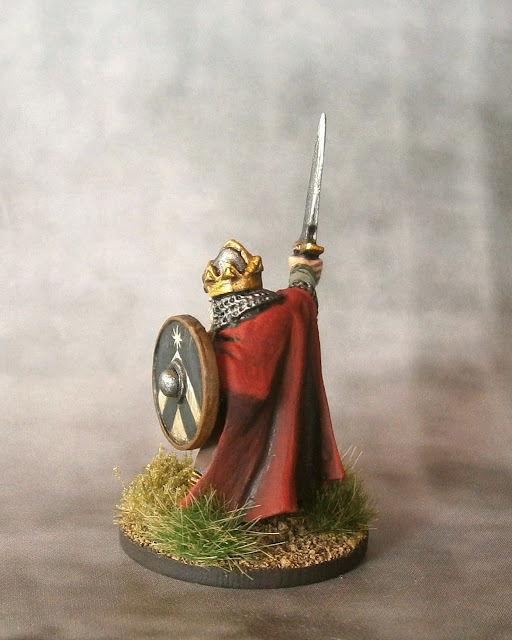 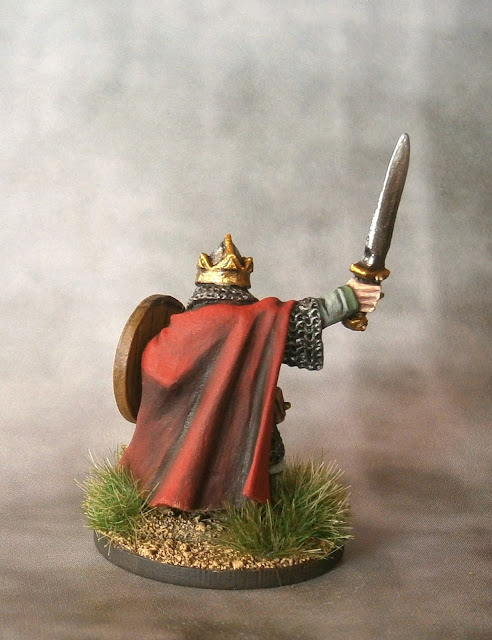 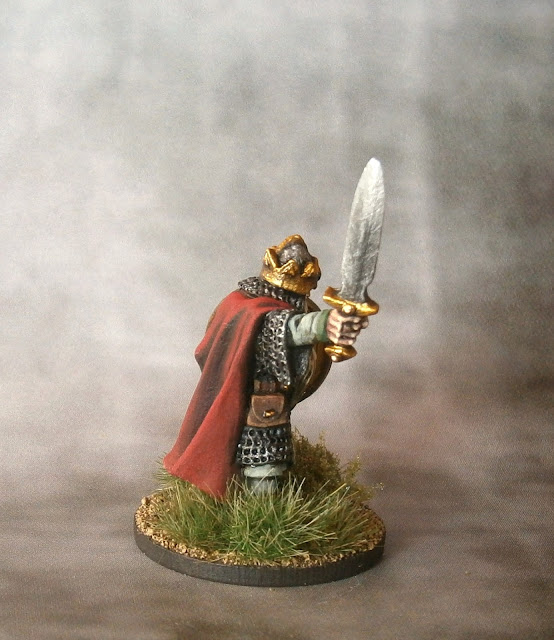 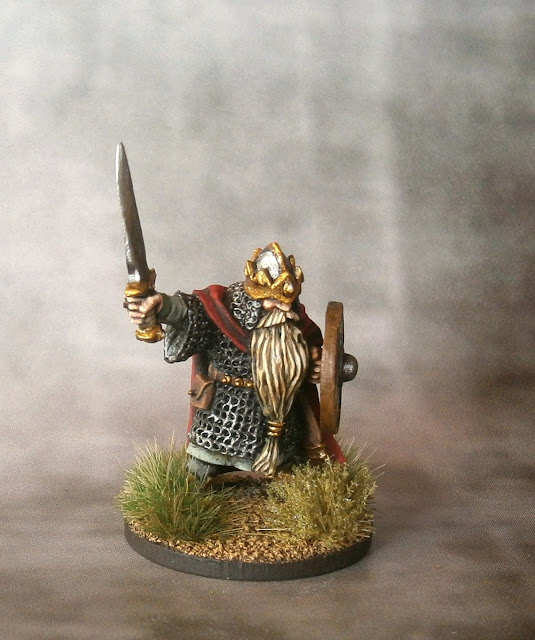 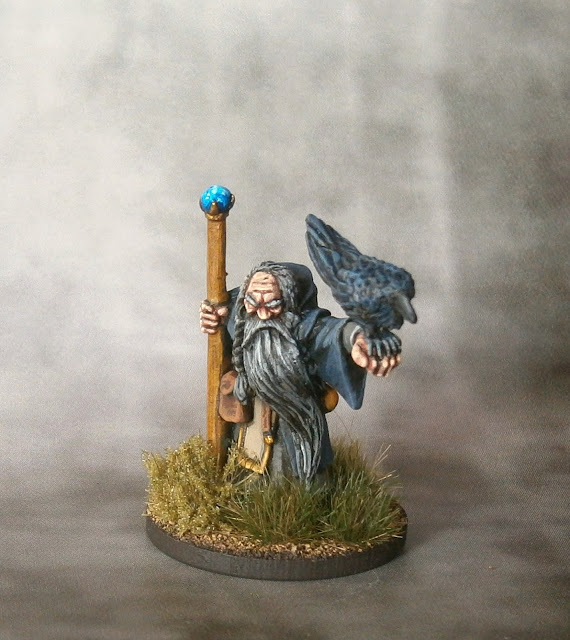 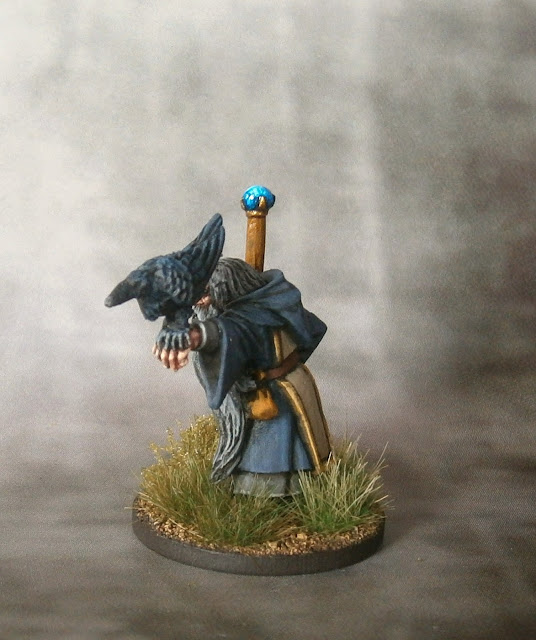 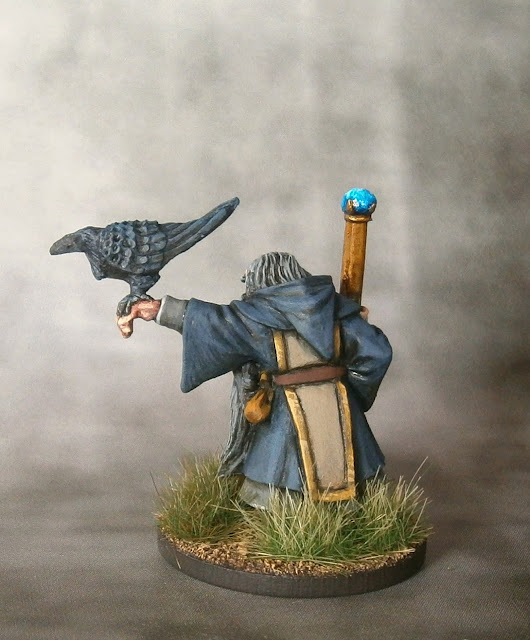 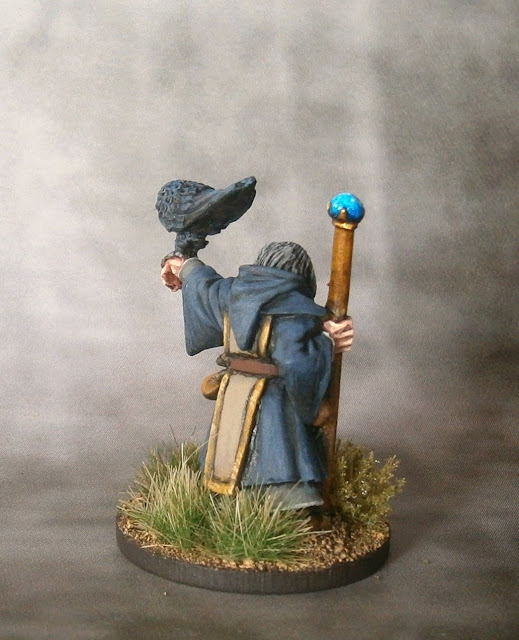 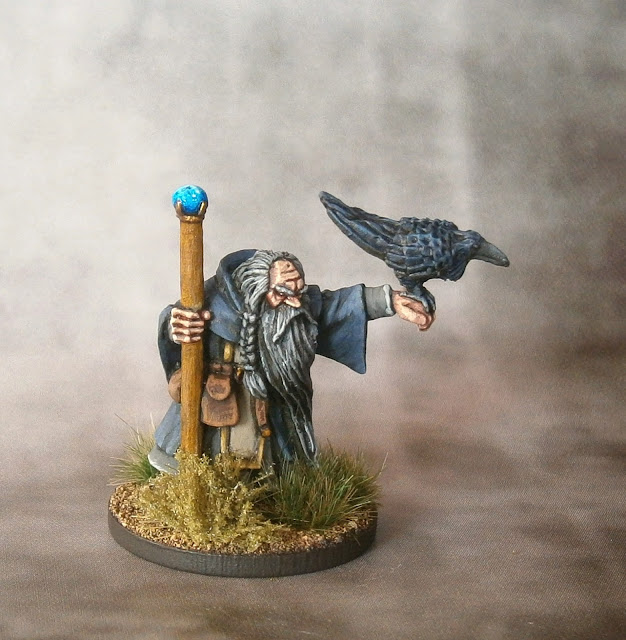 Wargames Atlantic plastic Halfling Militia, painted & slightly converted by me to stand in as Hobbits sent to support the last king of Arthedain against Angmar: 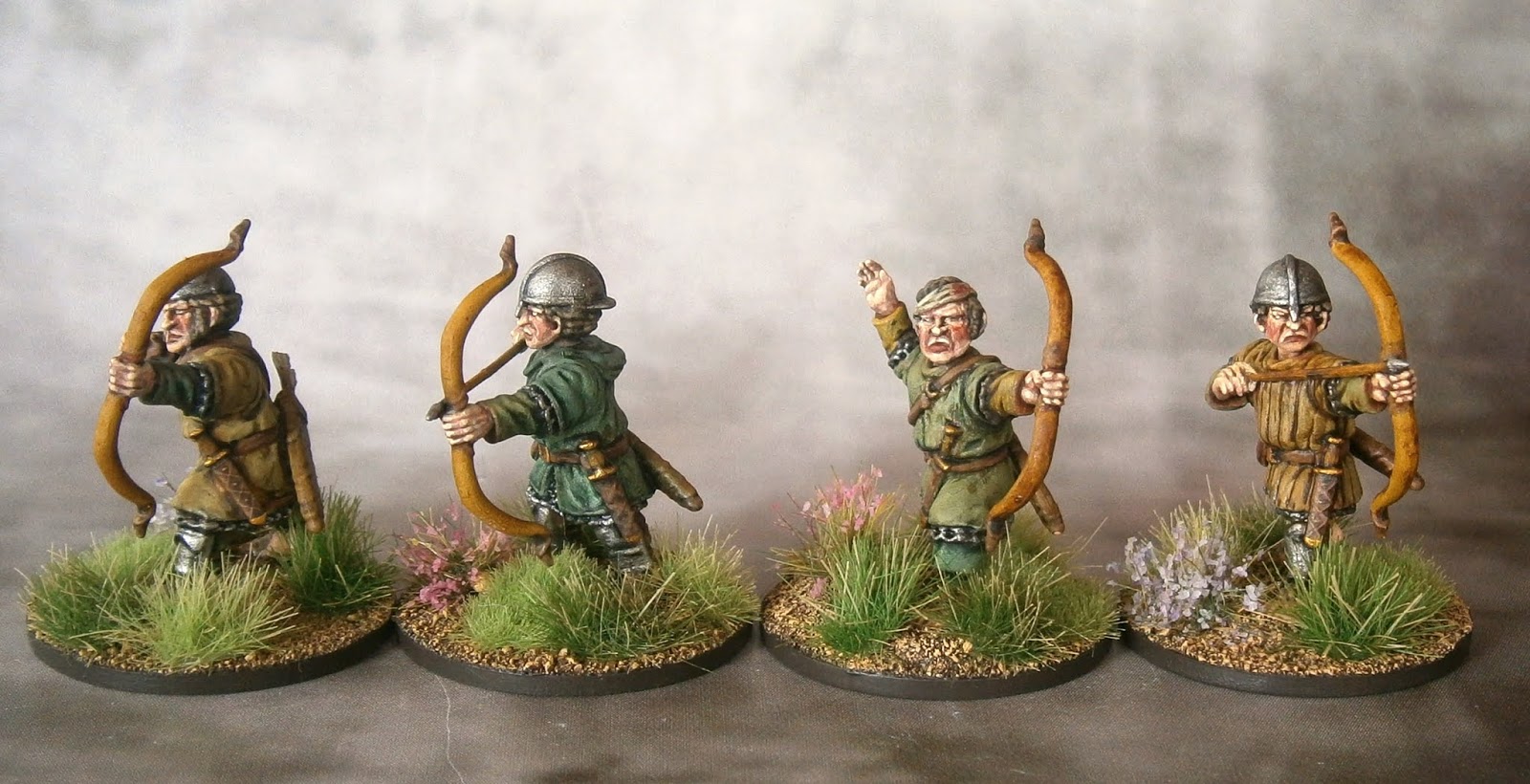 I added the cloak, made out of greenstuff. Swapped & chopped some hands to be holding bucklers: 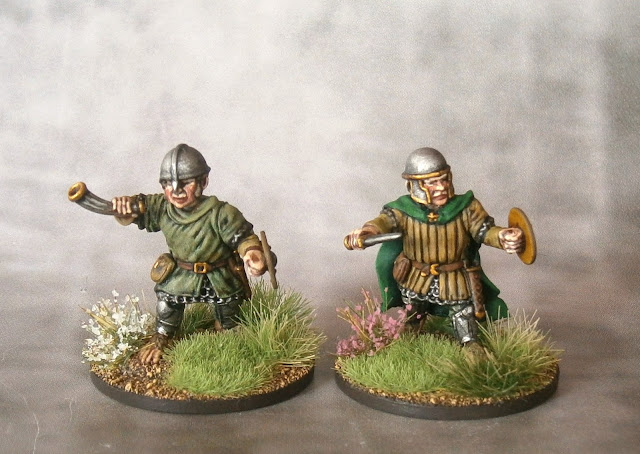 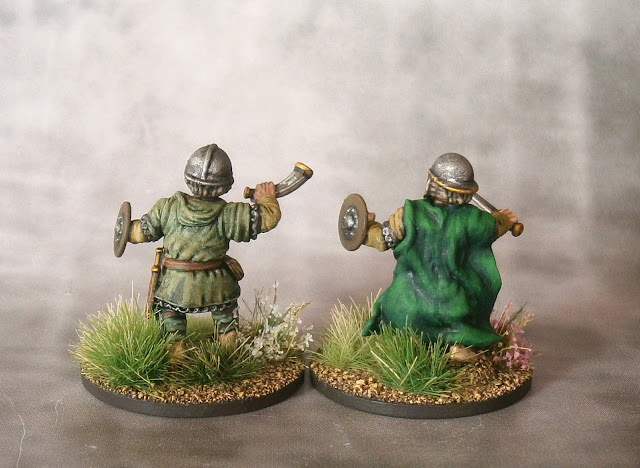 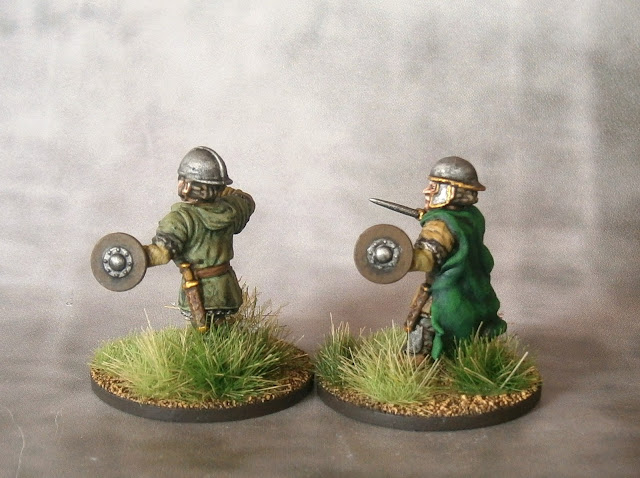 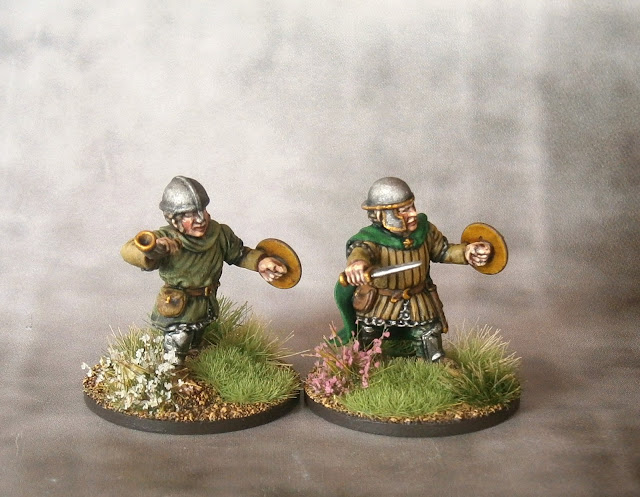 For those interested, I have added some comparison shots with the WA Hobbits. GW miniatures tend to be closer to 25mm: