While my son was on Easter break from University I decided it would be a great opportunity for a wargame. I invited my old friend James to join us at the table - he & I are veterans of many games going back to 1984.
I wanted to give my 28mm Anglo Saxon collection a good outing, fortunately I have enough figures to provide forces for both sides. The rules used were basically Dan Mersey's "Lion Rampant" with a few tweaks of nomenclature & a slightly less dramatic turn flipping on a failed command roll. The scenario I chose was adapted from Neil Thomas's "One Hour Wargames" book - Scenario 13: Escape page 90. Because this involved timed arrivals I decided that flipping turns on the first failed command roll would throw too much of a spanner into the works of what is already a challenging scenario. If a player failed a command roll they would simply move onto the next unit in their warband & test for that - in essence this is not much different from rolling for how many orders one gets each turn in a game like Battlegroup.
I opted to be umpire to help keep the scenario moving along & let players know when & where their forces would arrive - this seemed to work well & I still had lots of fun.
My son took the West Saxons led by their Thegn Wulstan, with James taking the Mercians under their Thegn Godric.
I find the years from the early Anglo Saxon kingdoms up until about Athelred the Unready a fascinating period. It presents the Dark Age enthusiast with opportunities for conflicts not only with remnant "British" kingdoms, Irish, Scots, Picts, Vikings, but also for battles & raids between rival Anglo-Saxon kingdoms.
The scenario we played was a fictional raid by West Saxon Thegn Wulfstan into disputed territory in the Mercian/Wessex borderlands, with the Mercian Thegn Godric attempting to stop him before Wulfstan could escape with plunder and "one up" on the Mercians. Wessex must exit 3 units from the tabl via the trackway on southern table edge - failure to do so gives Mercia the victory. Bonus points if Wessex gets a loot marker off the table attached to a unit, also bonus points for slaying the enemy warlord. 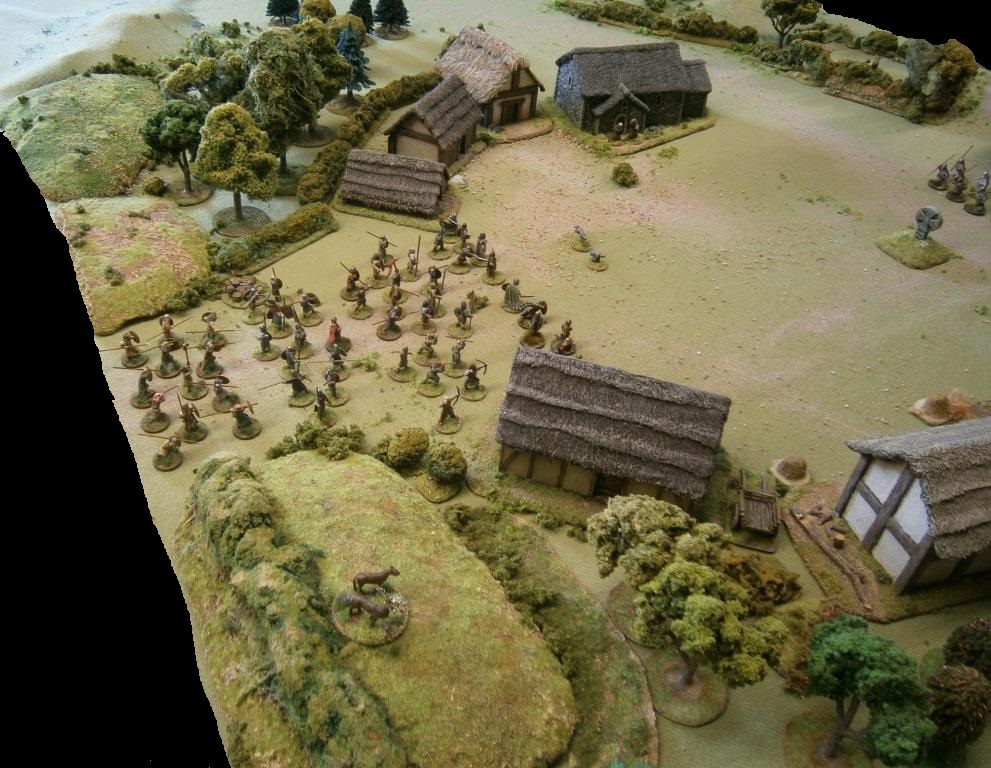 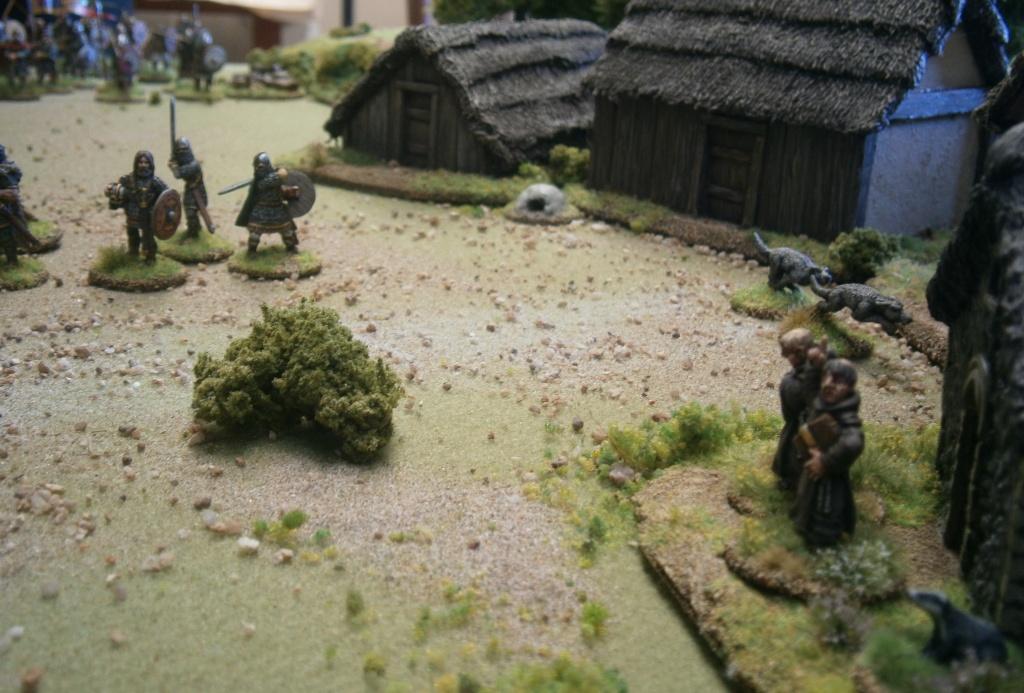 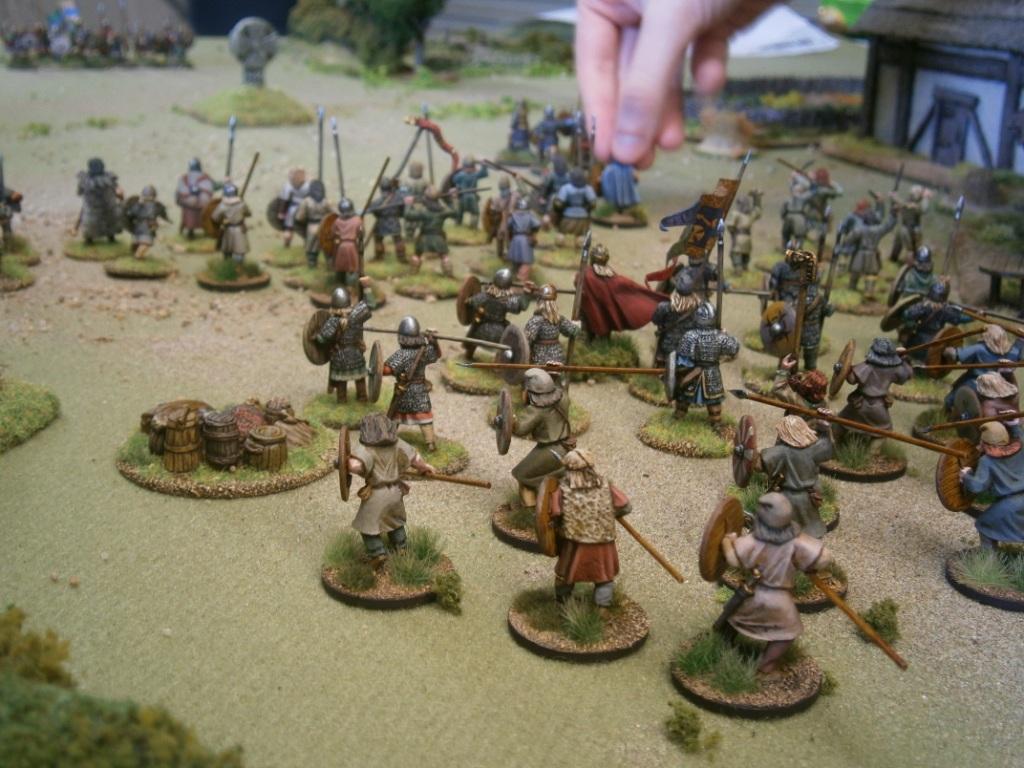 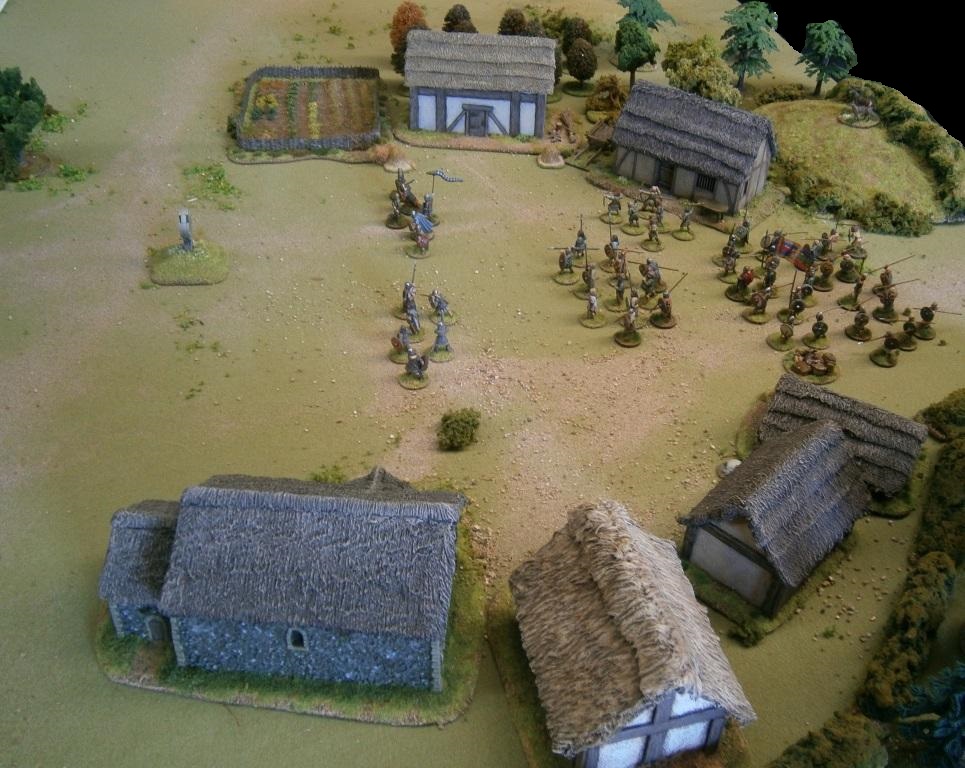 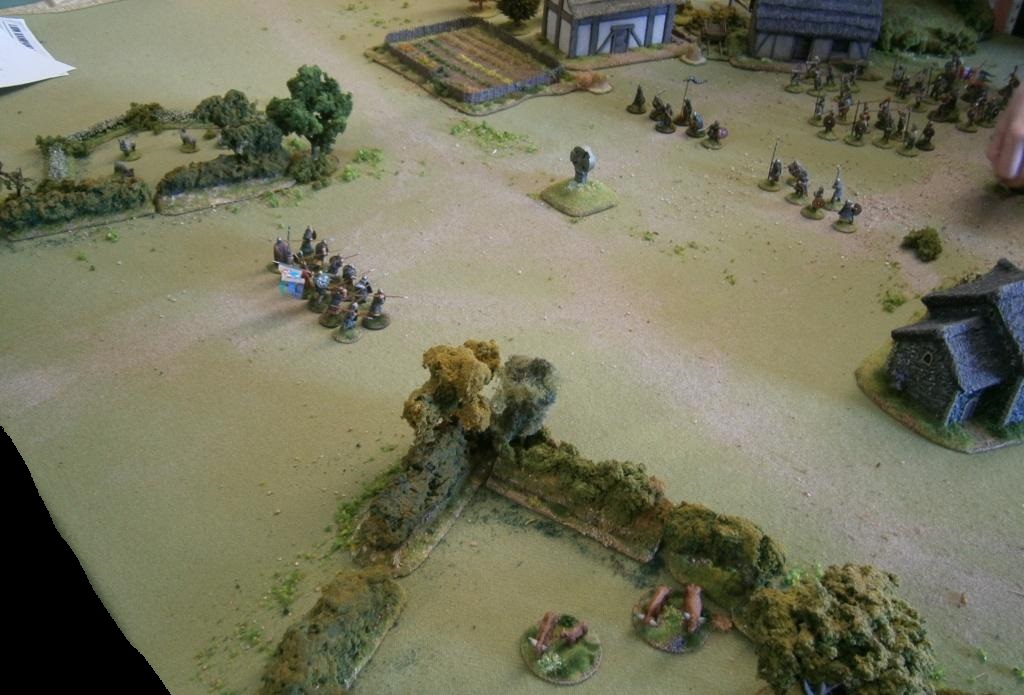 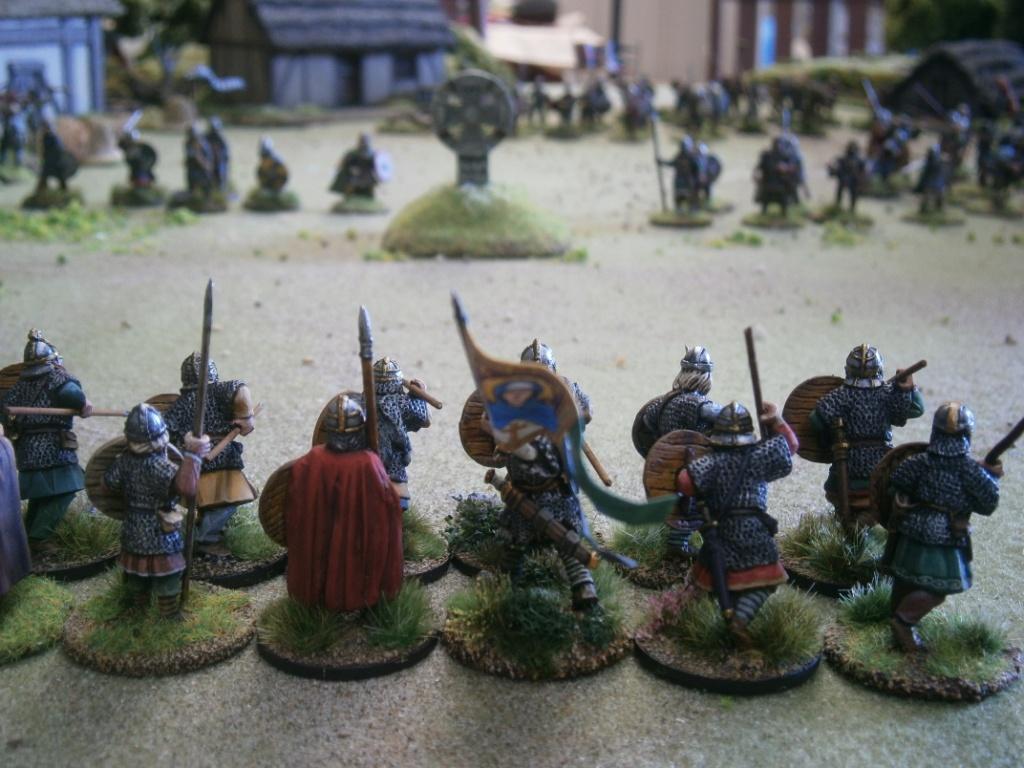 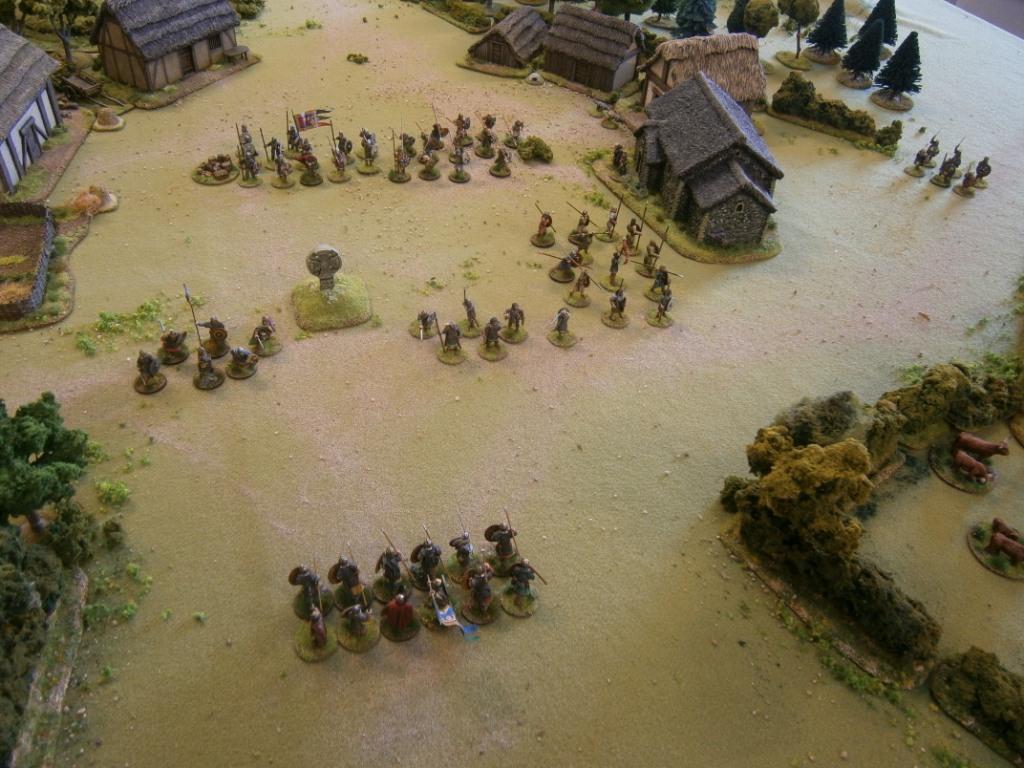 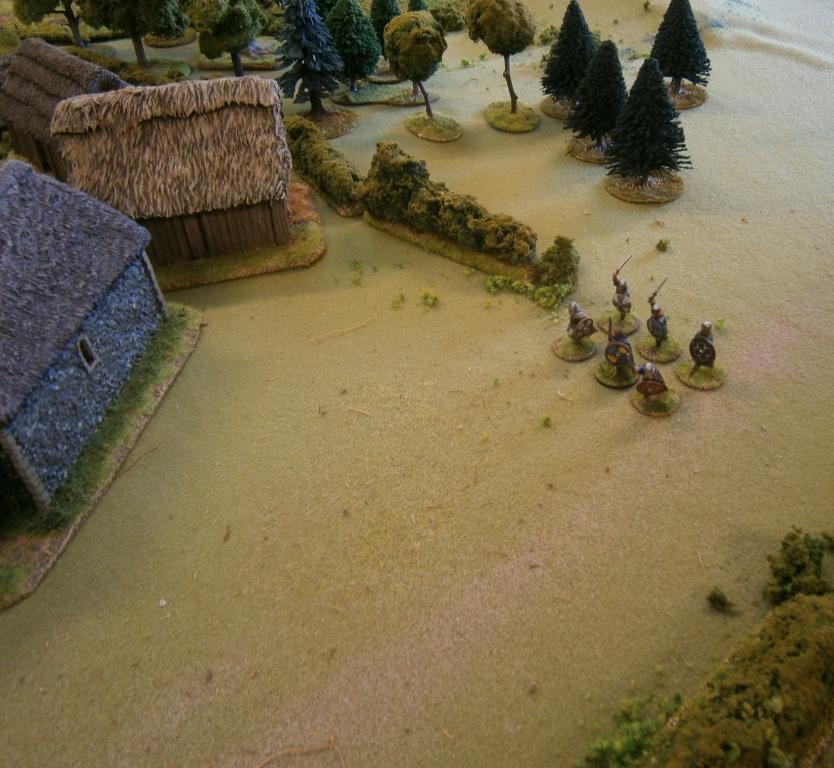 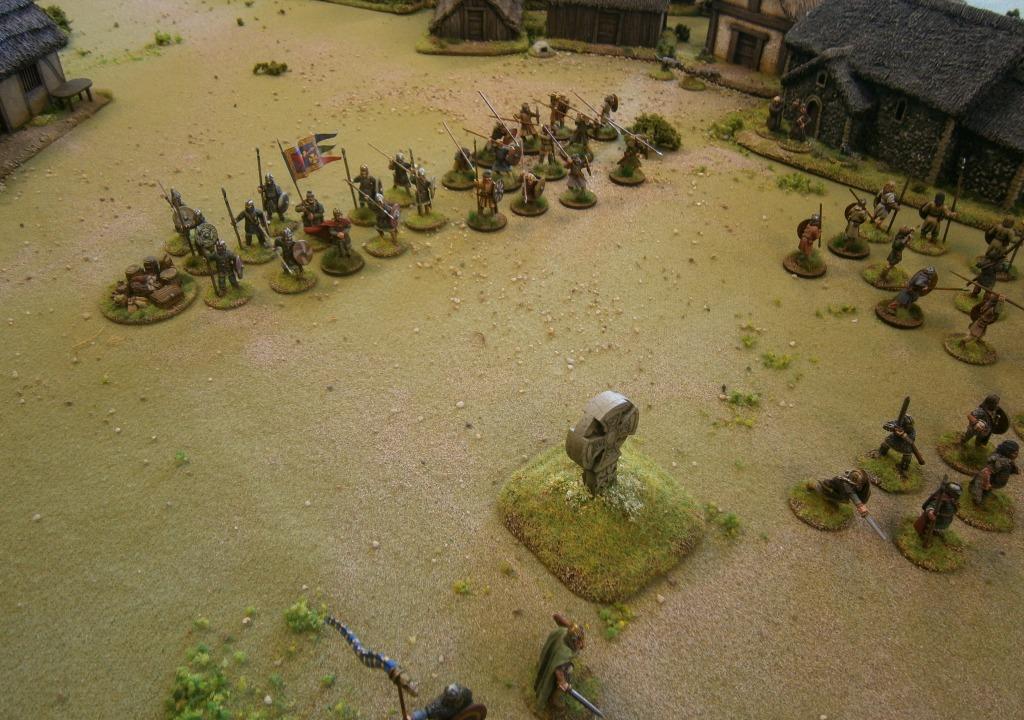 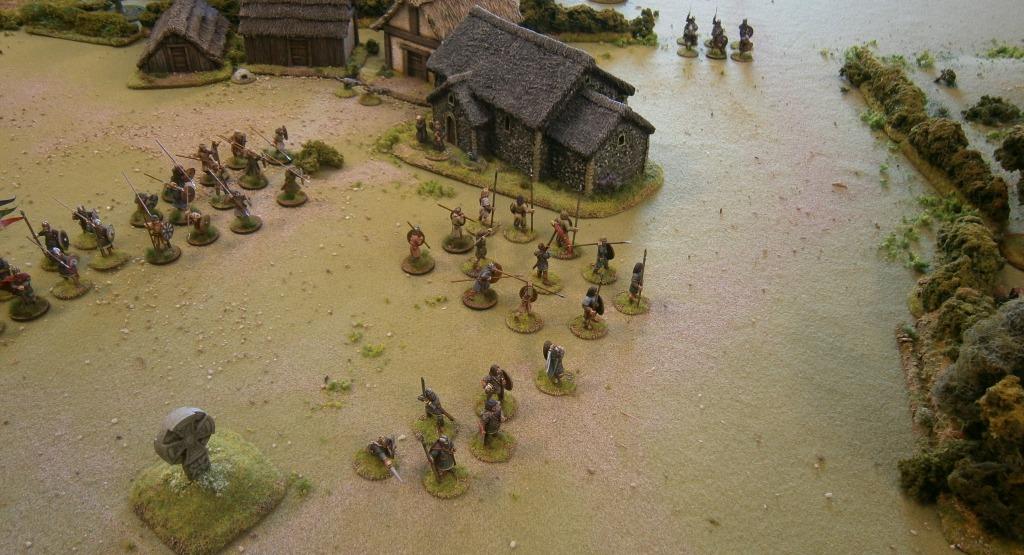 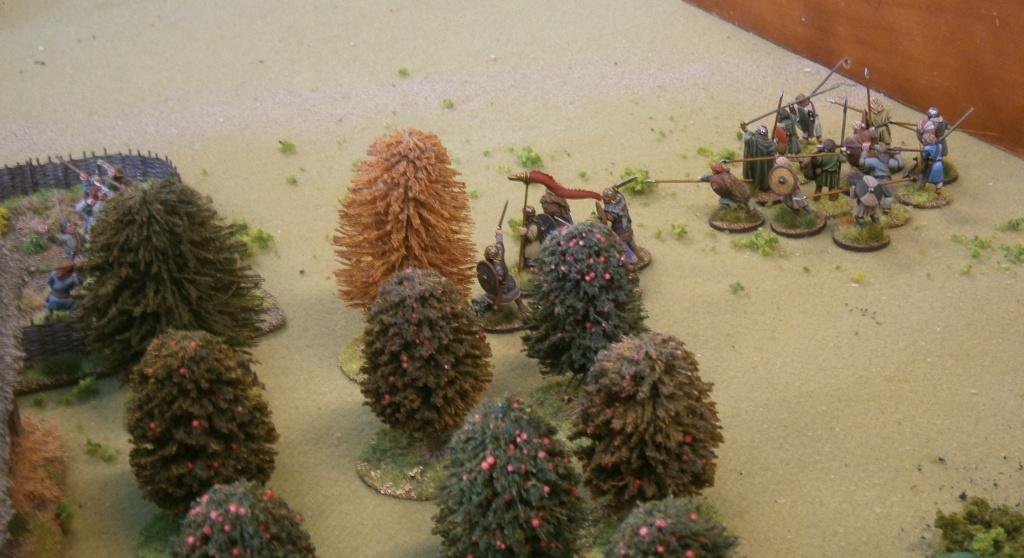 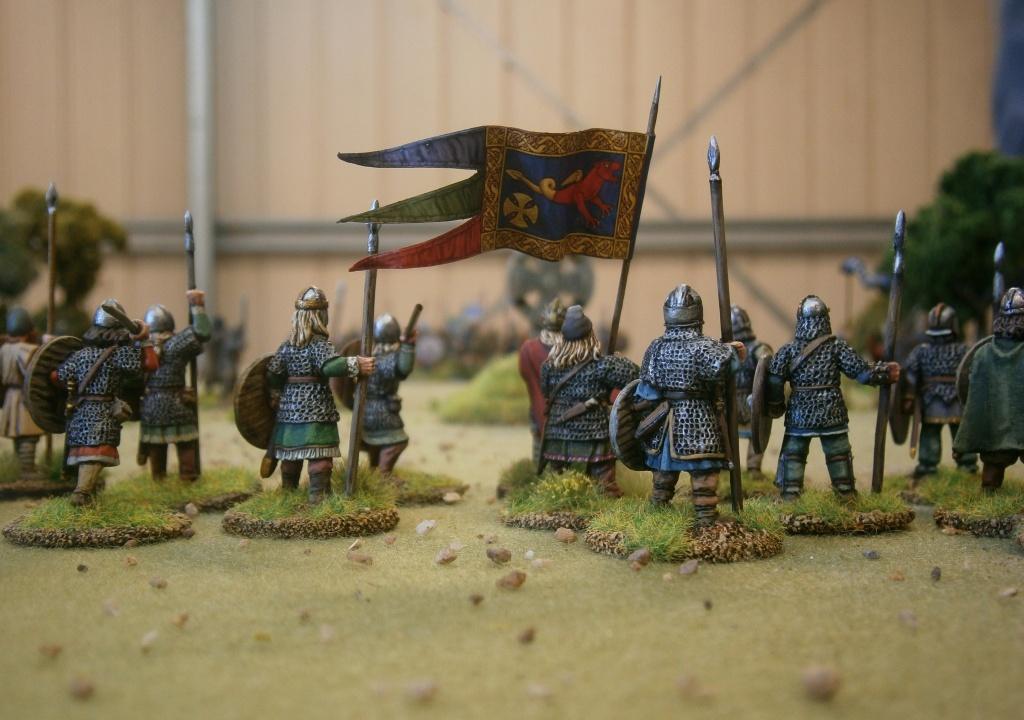 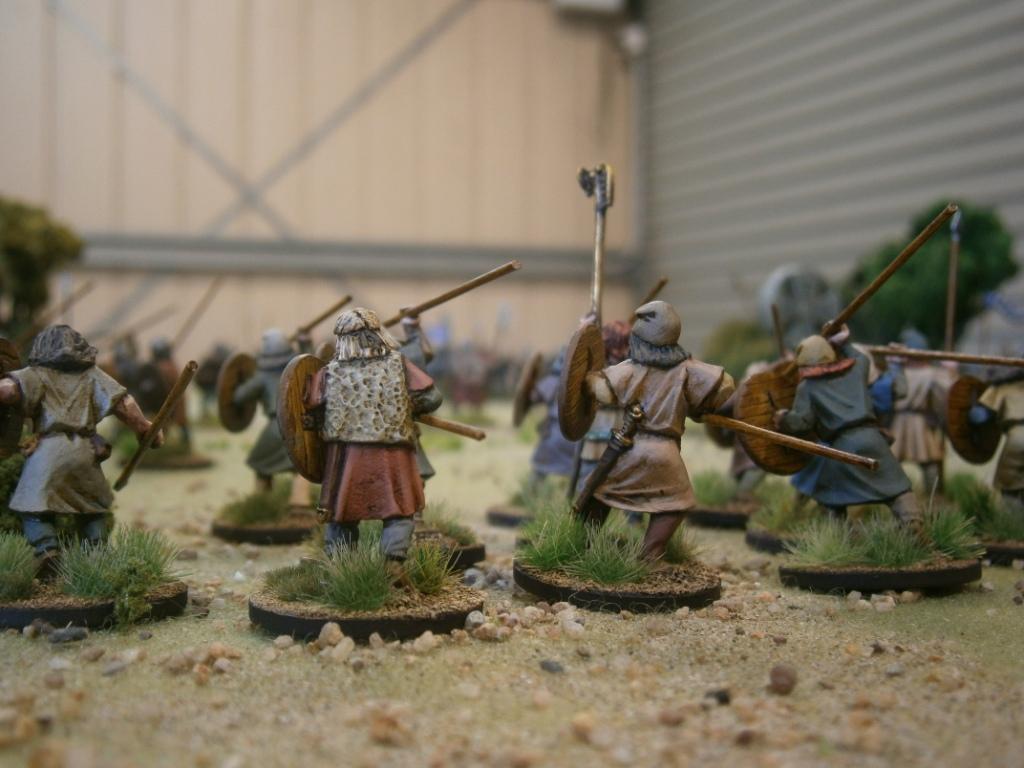 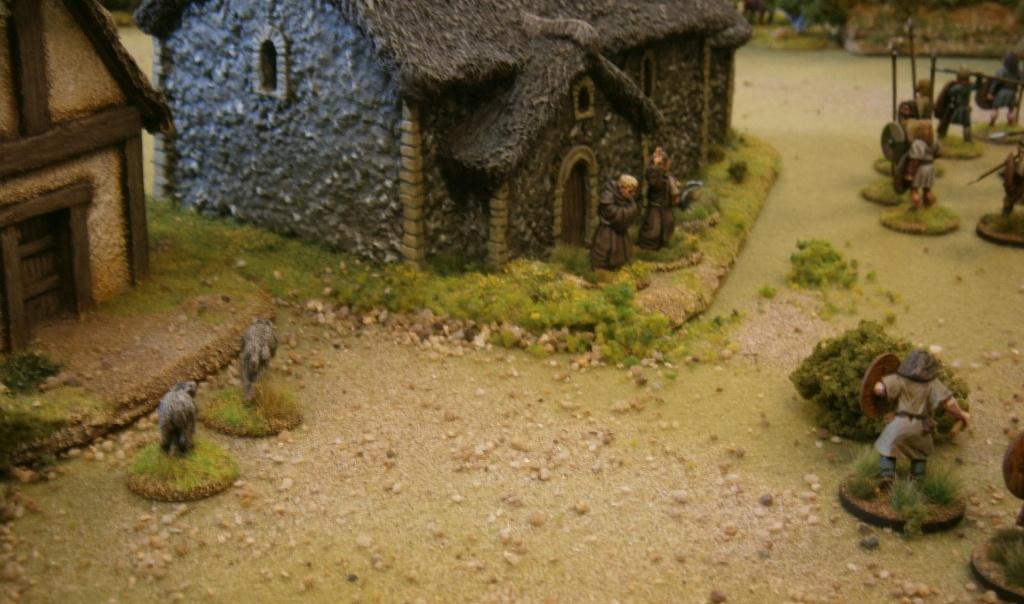 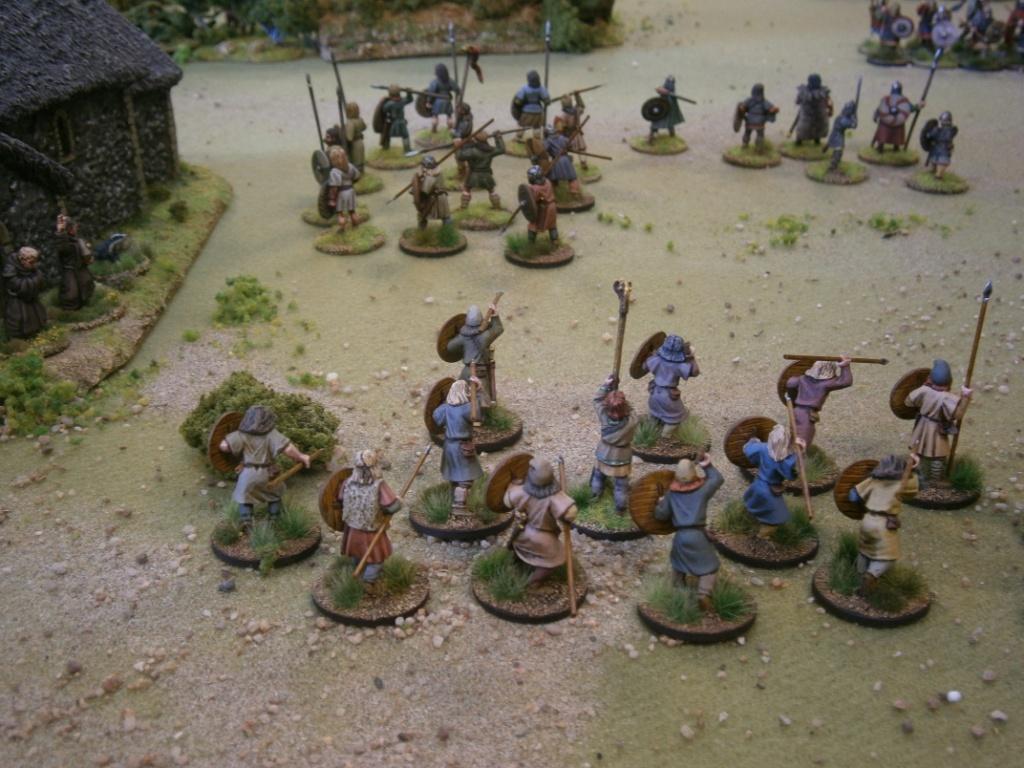 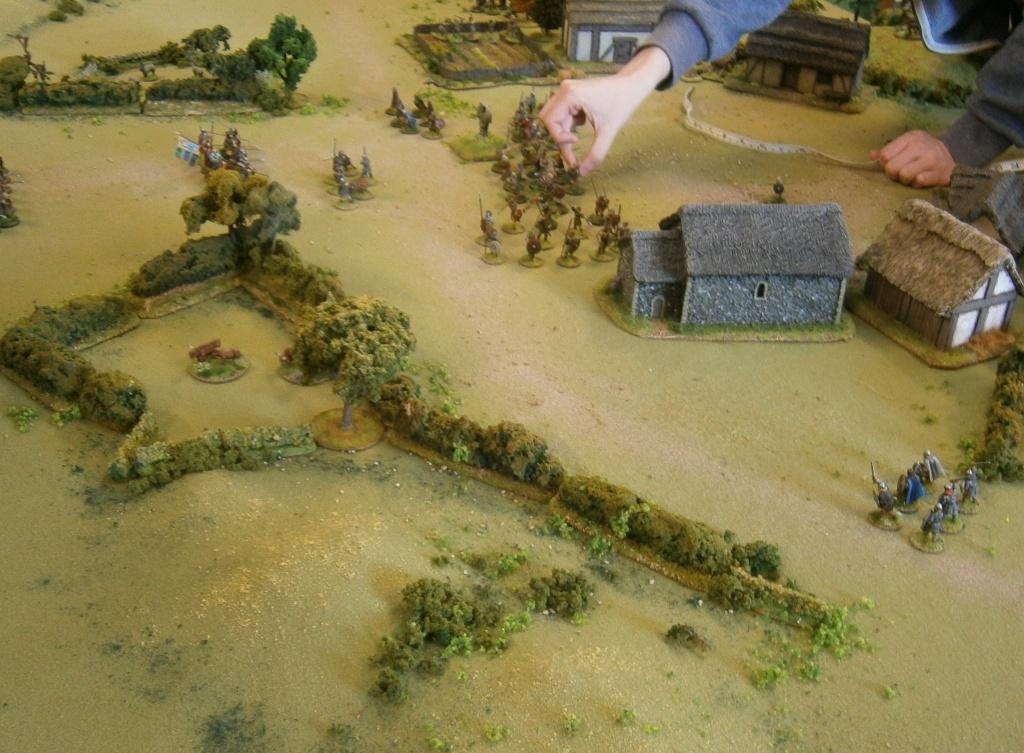 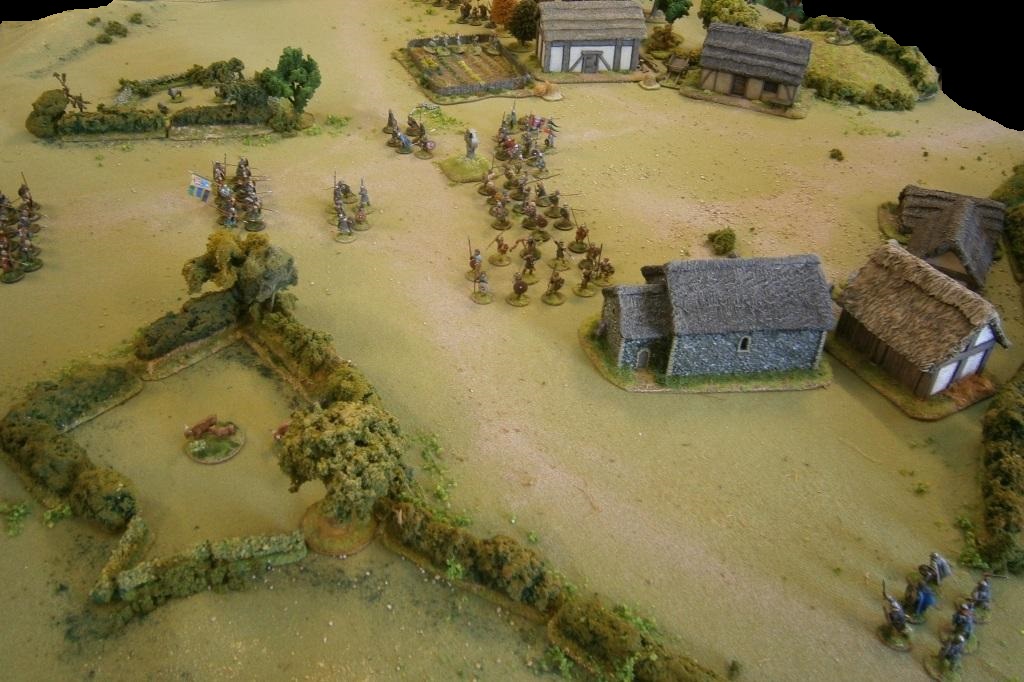 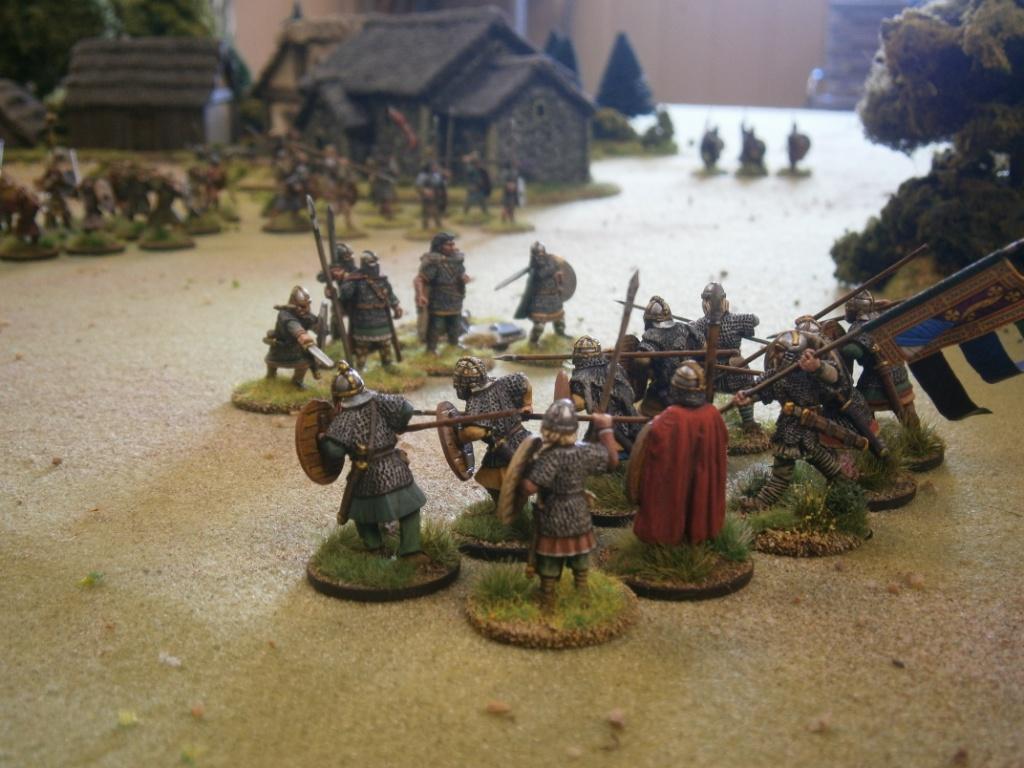 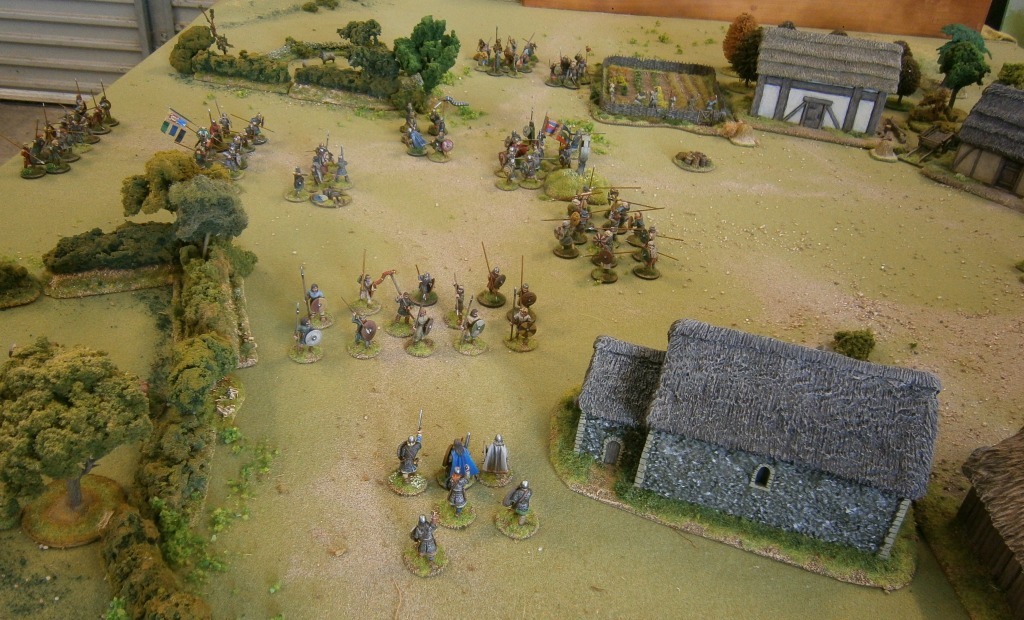 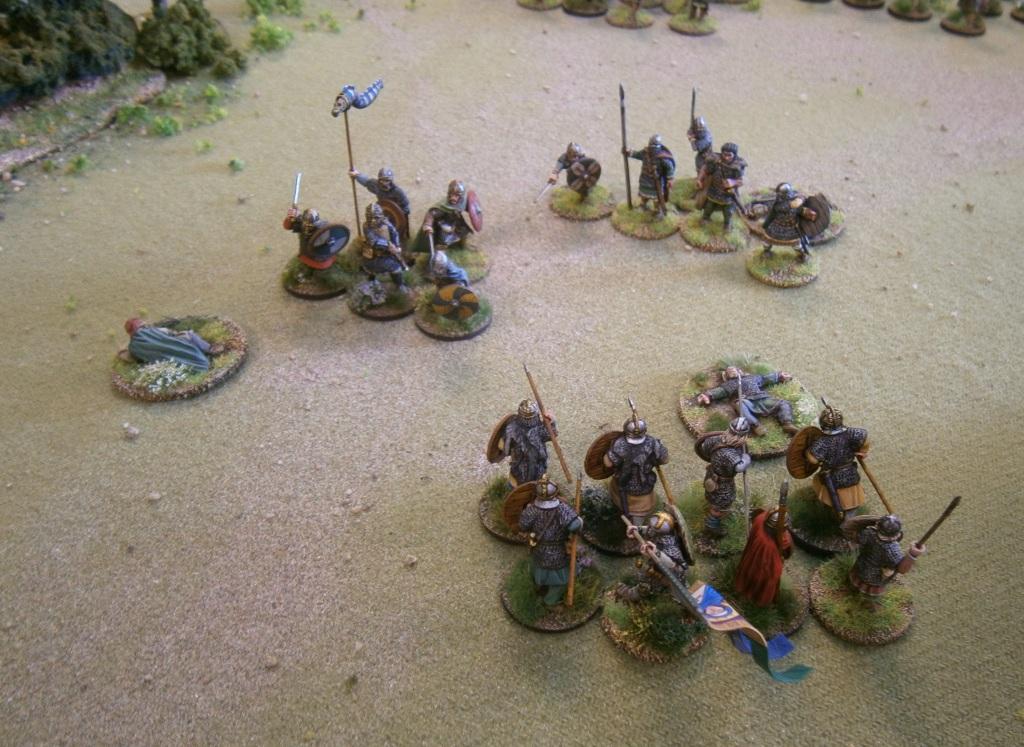 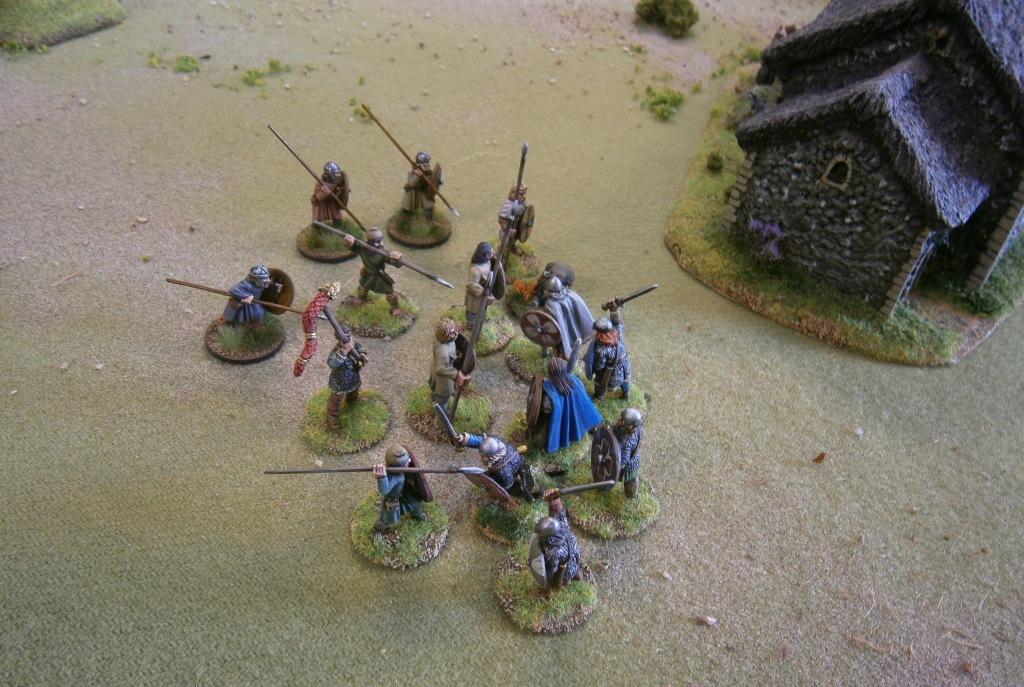 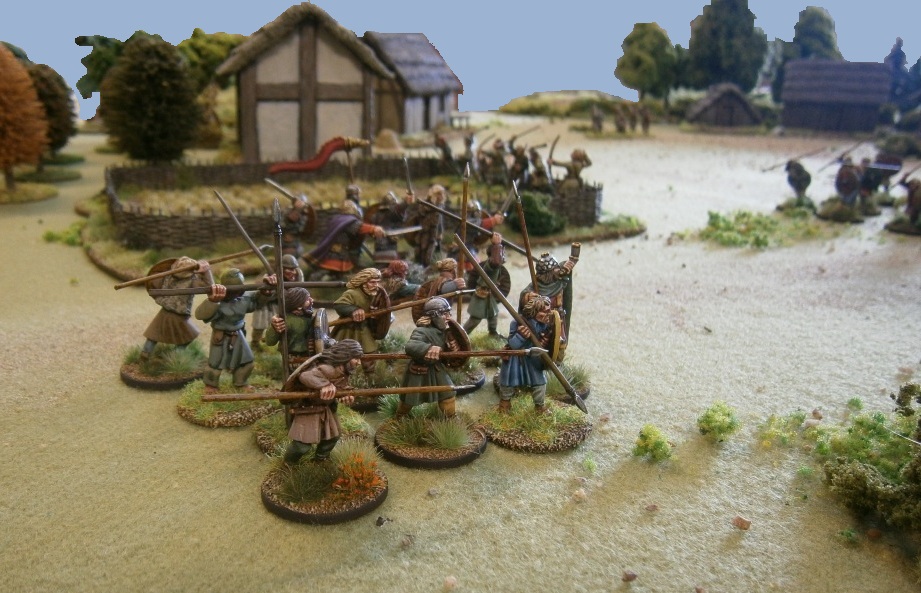 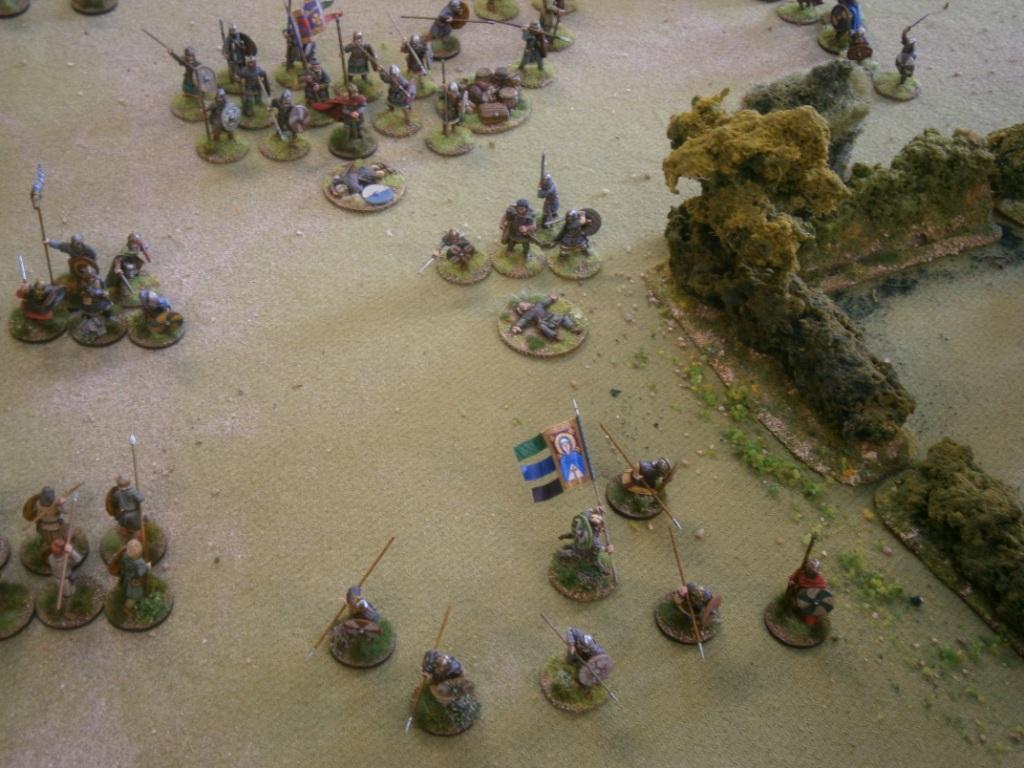 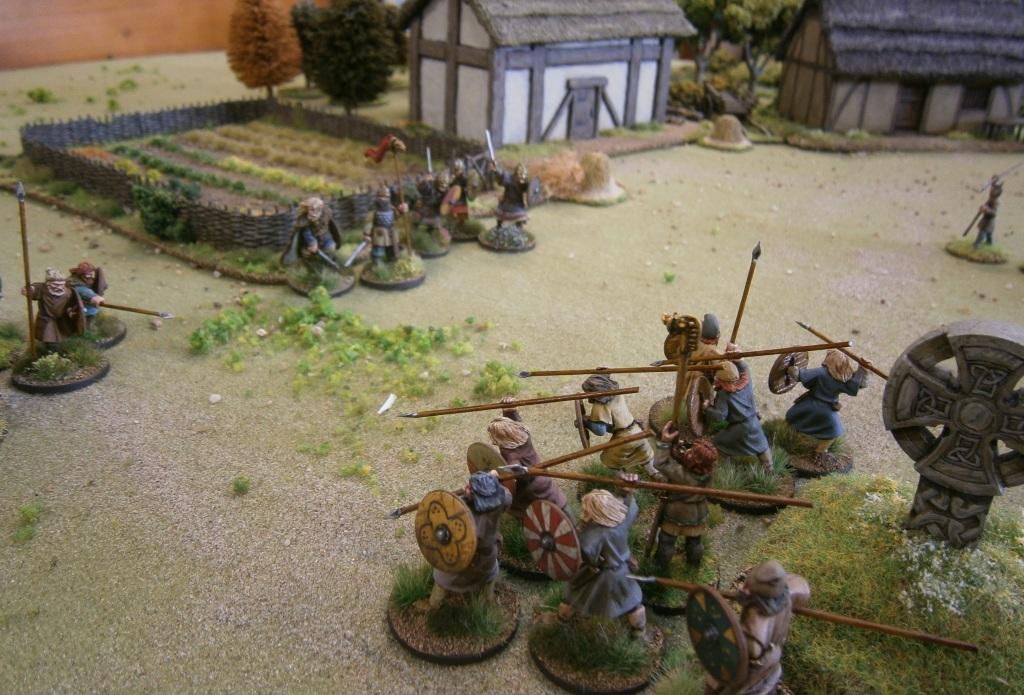 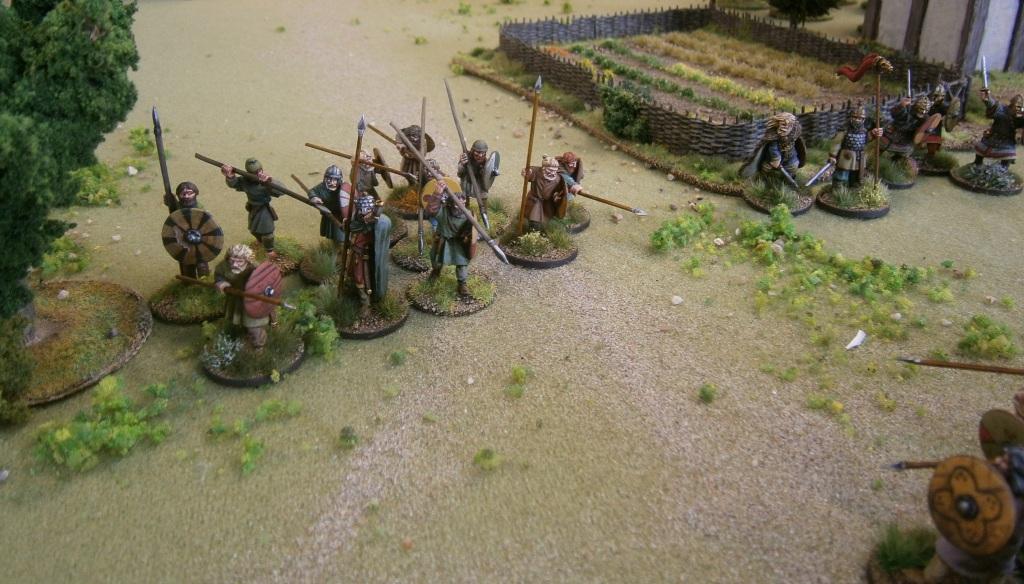 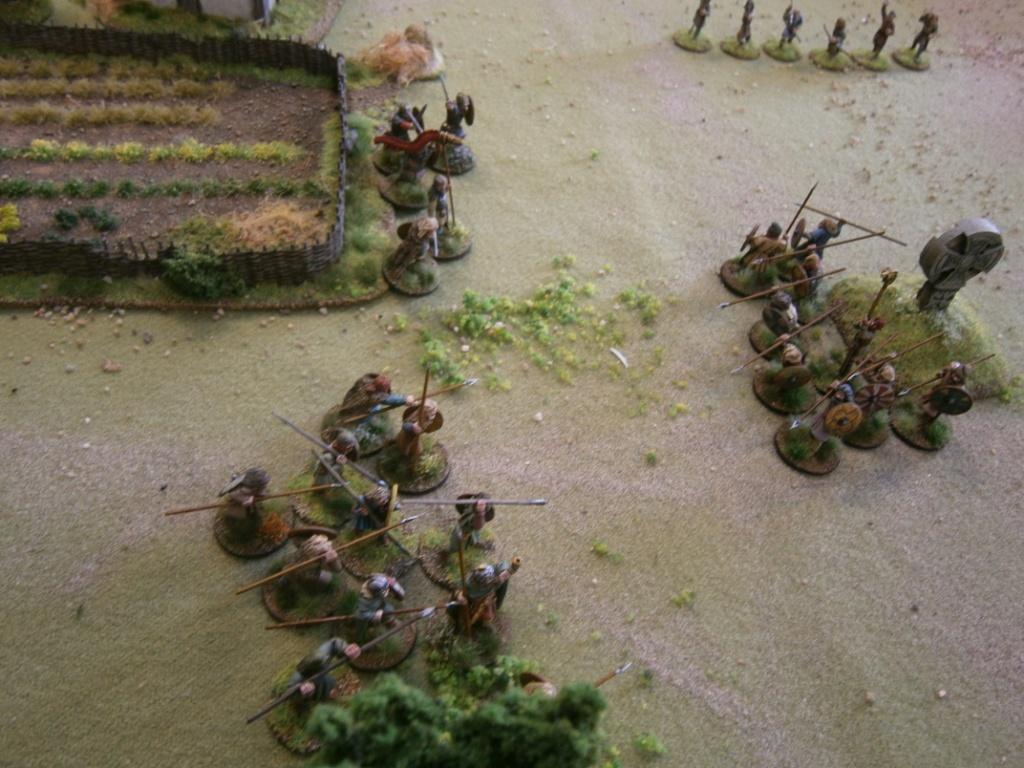 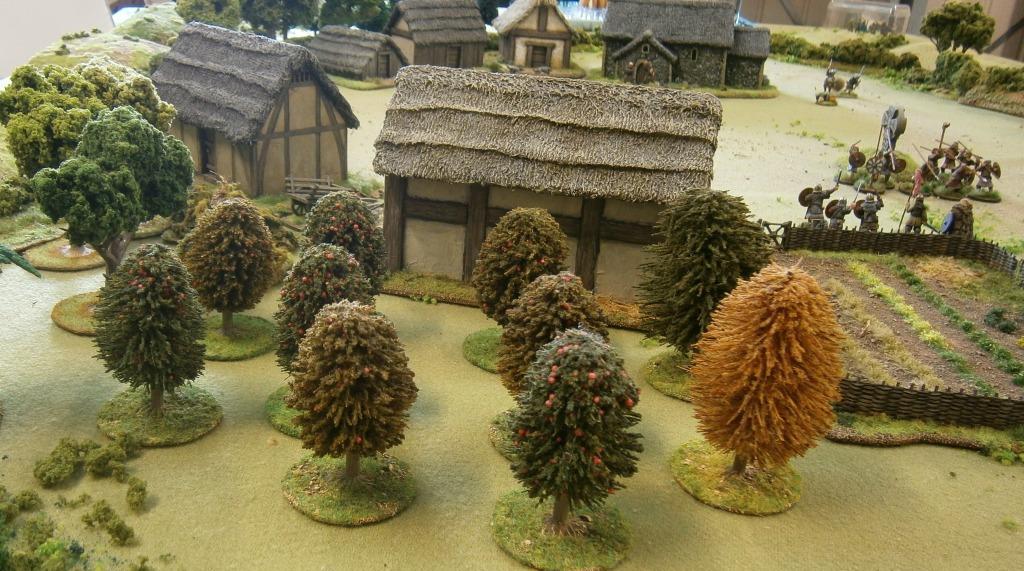 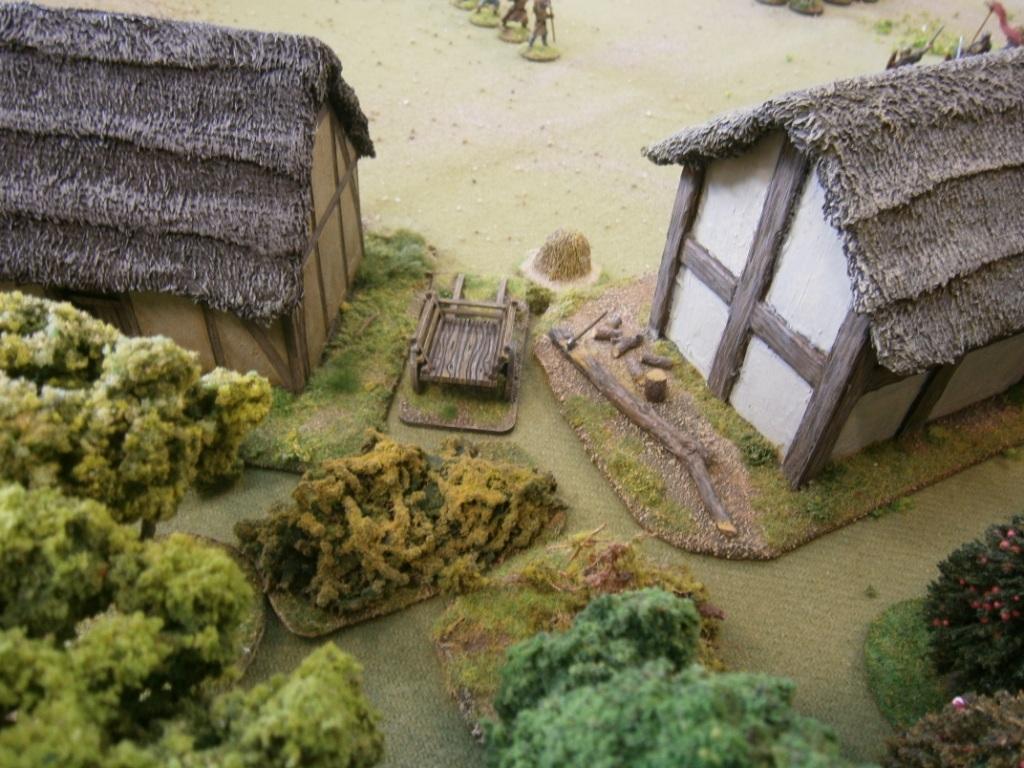 The West Saxons were able to claim victory by exiting their 3 units, or certainly bringing the game to a point where it was impossible for the Mericans to prevent this from happening. The men of Wessex paid heavily in casualties though, basically escaping with their three heavily armoured units. Wulfstan  kept his distance from Godric, not wanting to receive a challenge to mortal combat :-)

In post battle discussion it was decided that the scenario could do with a slight tweak to bring the Mercian reinforcements on in a due East/due West position, as the NE/NW nature of their arrivals didn't give enough time to enter the fray.

I hope you enjoy the pictures and the report. Thanks so much to James & Ben for a great game.

Posted by Jacksarge Painting at Saturday, May 25, 2019