I thought I would post some WIP of the Armourfast Achilles that I have been working on & off at for some time. The Achilles was sent to me by Dan Dunbar in a swap of miniatures we did. Dan also provided some inspiration on his blog for what could be done with this fairly simple model here. Now it has to be said that my attempt is not as detailed as Dan's, particularly the interior, but then my plan is to put a couple of AB figures in there too. So here are some pictures of the work in various stages, during which I ended up taking it apart and then sticking it back together again before I reached where I'm up to now:

This is where I got it to before I took it apart and started again...... 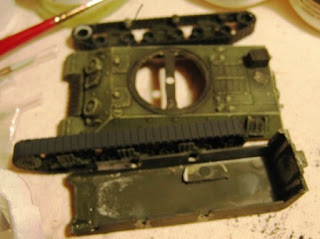 In bits. The turret floor has been cut away to help accomodate figures, and a false floor will be added underneath this- used a bit of plasticard. 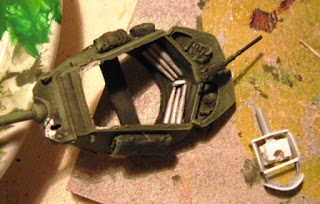 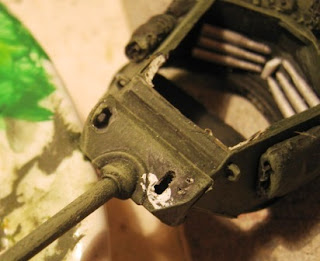 These are some shots of the turret being revamped. I have cut away the front top section to get better access of the breech area, cut out a section at the front where an mg might go and have added some other details. I got hold of some 17 pounder shells from Peter at Battlescape , from the Sgts Mess range. Note my fairly basic breech that I made from plasticard, wire & part of a Sherman gun I had kicking about- Dan's is better, but hey, I had a go. 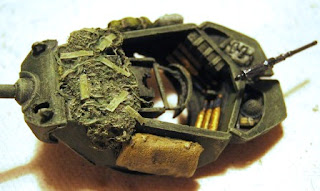 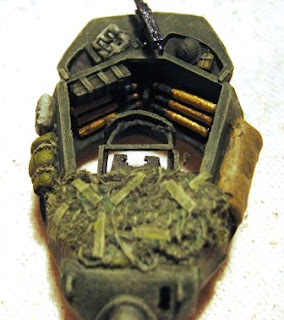 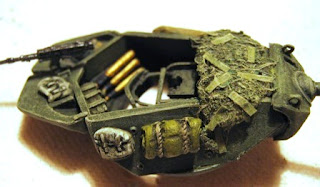 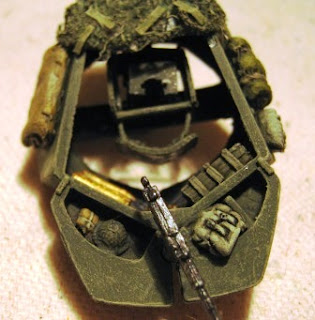 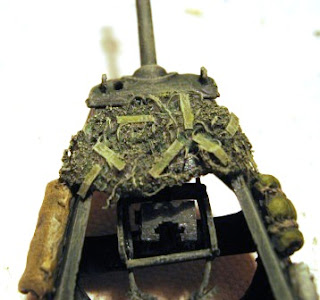 This is the turret at the next stage with my basic breech installed. I have added the camo net, made from surgical gauze and strips of paper then coated in watered down white glue. The backpacks and stowage on the Turret is from Andy at Grubby Tanks apart from the balsa/plasticard box and a helmet & canteen which were cut off a plastic figure. 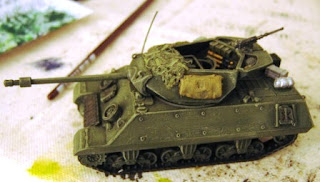 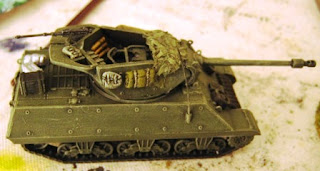 These two shots show the turret back on, but with some stowage on the back still to be painted and weathering to be done. 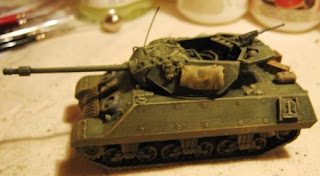 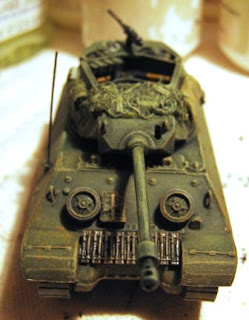 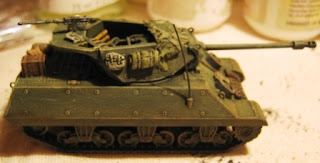 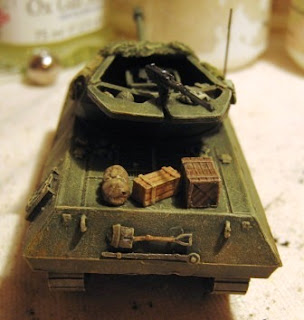 So here you see where I am up to so far. The weathering has been done and rest of stowage painted, now I have to finish the two figures I plan to squeeze in there. I don't have any plans for markings at the moment, I would want them to fit with my 43rd Wessex blokes- an Achilles that supported them somewhere between Hill 112 & The Island - any suggestions?
Posted by Jacksarge Painting at Sunday, October 23, 2011